Martha Dantzler Ballenger received her B.A. magna cum laude in 1966 from Duke University, where she was elected to Phi Beta Kappa. In 1969 she received her law degree from the University of Virginia, where she was a member of the Virginia Law Review and was elected to the Order of the Coif. After graduating from law school, she returned to Duke University to be with her newly wed husband, a rising fourth-year medical student. While interviewing for a job, she met a professor in the Political Science Department who was working with Dr. Harvey Estes, Jr. in the Department of Community Health Sciences on legal and political issues related to physician assistants. The professor mentioned Ballenger to Estes, who in turn called Ballenger and offered her a grant-funded position to coordinate efforts to accommodate a new variety of health care provider, physician assistants, into the laws that regulated the practice of medicine.

From 1969 to 1971, Ballenger coordinated efforts at Duke University to establish model legislation for physician assistants in North Carolina. In a monograph issued in 1970, Ballenger detailed the step-by-step discussions and decisions made by a select group of health professionals, lawyers and health policy consultants working on the model legislation project. The final version called for the enactment of an exception to the Medical Practice Act that would allow trained physician assistants working under the supervision of a licensed physician to perform medical tasks without legal reprisal. To assure the greatest amount of role flexibility, it was decided that the supervising physician would be responsible for deciding what tasks to delegate to the assistant. This flexibility was deemed necessary to allow PAs to work in a variety of practices and to reach their own individual level of competency. However, it was also thought important that the activities of the physician and his or her assistant be reviewed, approved and regulated by the State’s Board of Medical Examiners or other similar regulatory agency. Legislation was enacted in North Carolina in 1971 and the enactment of similar legislation soon followed in other states. Ballenger and Estes co-authored a paper titled “Licensure or Responsible Delegation” that appeared in the New England Journal of Medicine in 1971. For PAs, licensure would be too restrictive and cumbersome for the expansion of roles.

In addition to working on model legislation, Ballenger was asked by Dr. Eugene A. Stead, Jr. in 1970 to serve on the Ad Hoc Panel on New Members of the Physician’s Health Team, Board of Medicine of the National Academy of Sciences. The Ad Hoc Committee report classified physician assistants according to the degree of specialization, level of clinical decision-making (judgment) and length of training. These types were distinguished primarily by the nature of the service each was best equipped to render by virtue of the depth and breadth of their medical knowledge and experience. Accordingly, PAs were classified as Type A, Type B and Type C assistants. An underlying goal of the Panel was to get the American Medical Association to develop educational standards for the type A physician assistant educated in a 2-year academic setting, similar to the Duke University PA educational model. After leaving Duke, Ballenger’s interest in healthcare issues continued and she often represented hospitals and physicians in her law practice. She has also served on institutional research and hospital ethics committees.

Since 2005, Ballenger has served as the assistant dean for student affairs at the University of Virginia School of Law. Prior to this she was engaged in the private practice of law, except for an interval from 1979 to 1982, when she taught contracts, juvenile courts, and bioethics at the Law School. Most recently she was a partner in the firm of Moore & Van Allen, PLLC, in Charleston, South Carolina. She is a member of the bars of North Carolina, Massachusetts, Maryland, the District of Columbia, and South Carolina. She has two sons, both attorneys, who practice law in Washington, DC.

Acknowledgments: This biographical sketch was prepared by Reginald Carter with the assistance of Martha Dantzler Ballenger, and was submitted to the Society on July 5, 2012. The first photograph is courtesy of Ms. Ballenger and the second photograph was taken in 1970 and is courtesy of the E. Carl Fasser Slide Collection, Society for the Preservation of Physician Assistant History. 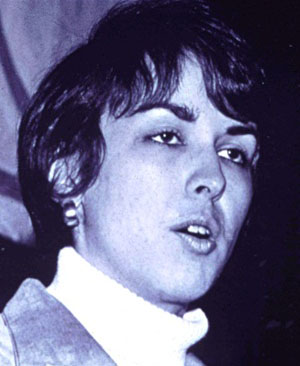