Charles Bearden has been a practicing Physician Assistant for over 49 years. He has the distinction of being the longest practicing organ recovery/transplant coordinator in the United States with 45 years of coordinating over 2500 heart, lung. liver, kidney, pancreas and intestinal transplants. Mr. Bearden is currently the Senior Transplant Coordinator and an Advisory Board Member for Clinical Consulting Associates.

Prior to beginning his Physician Assistant studies he worked as a Cardiovascular Technician at Grady Memorial Hospital in Atlanta, GA and trained under Dr. J Willis Hurst. Dr. Hurst was establishing a PA Program at Emory University School of Medicine and encouraged him to apply to the first Physician Assistant class in 1971. He was accepted and at the age of 19 began his PA education. He served as class vice president and graduated in 1973. He made the highest score in his class on the first National Board of Medical Examiners (NBME) Certifying Examination for PAs held in 1973. In 1974, Mr. Bearden served on the NBME Committee to validate the first PA National Board Examination. He was NCCPA certified in the first cohort for Primary Care in 1975 and the first cohort in Surgery in 1980.

Mr. Bearden’s first position after graduating and being the the first cohort of PAs licensed in GA, was in a private Family Practice in Dunwoody, GA. He then moved to a Neurosurgery practice in Atlanta. Mr. Bearden worked as a Criminal Investigator and Regulatory Agent after graduating from the GA Police Academy for the Governor, President Jimmy Carter and the Georgia State Board of Medical Examiners from 1977-1978, until he found his true calling as one of the first organ recovery and transplant coordinators in the emerging field of organ transplantation. He co-founded and clinically directed the first organ bank established in Atlanta in 1978 and led that organization to national prominence in the first years of heart, lung and liver transplantation, providing these organs for many historic first transplants. In 1988 he relocated to Chattanooga, TN. and helped establish a new Kidney Transplant Program at Erlanger Health System. In 2003 he joined Clinical Consulting Associates and is currently the Senior Transplant Coordinator and serves on the Advisory Board. He has been certified by the American Board of Transplant Coordination for 35 years. Mr. Bearden is widely considered a pioneer in the field of Transplantation and a pioneer first generation Physician Assistant.

Mr. Bearden has had many honors and awards during his career. He was Knighted in 2014 by the 900 year old Military and Hospitaller Order of Saint Lazarus of Jerusalem. He was invested as the Commander of the Southeast Commandery in 2016 and promoted to Knight Commander. Since 2016 he has served on the Advisory Board of Organize.org and was an invited participant in the 2016 White House Summit on Organ Donation and Transplantation. In 2019 the Veterans Caucus of the American Academy of Physician Assistants awarded him with the Outstanding Civilian PA of the Year “For his concern, caring and devotion towards patients, profession and country, his commitment is our profession’s future.” In 2020 he was invited to serve as a transplantation expert by the National Academies of Science, Engineering and Medicine on the Consensus Study Committee on a Fairer and more Equitable, Cost Effective, and Transparent System of Donor Organ Procurement, Allocation, and Distribution. In 2022 the Academy of Medicine and the Committee published their report entitled “Realizing the Promise of Equity in the Organ Transplant System” The report will advise and direct policy in transplantation for the next decade.

Emory University School of Medicine celebrated the 50th Anniversary of the founding of the Emory PA Program in 1971 and Mr. Bearden was honored to be invited to give the Commencement address to the graduating Class of 2021 and was further honored to be inducted by the Emory PA Program in Pi Alpha, the National Honor Society for Physician Assistants. He looks forward to reaching his 50th Anniversary as a practicing Physician Assistant in 2023.

Charles and his wife Dana live on Pauls Point, TN with their 3 dogs and 2 cats. When not coordinating organ transplants for the University of North Carolina he is an accomplished gardener, photographer, historian and archivist and serves on the Board of Directors for the Beersheba Springs Free Medical Clinic in Grundy County, TN. Alfred Sadler, MD and Blair Sadler, JD in their book “(P)LUCK Lessons We Learned for Improving Healthcare and the World” refer to Mr. Bearden in their history of the PA Profession as well as in their history of Organ Transplantation as “One of the nation’s most remarkable Physician Assistants.”

Acknowledgments: This biography was written by Michelle Schabowski with assistance from Charles Bearden and Alfred Sadler Jr. and was submitted to the Society in July 2019. It was updated in 2022. The photographs are courtesy of Mr. Bearden. 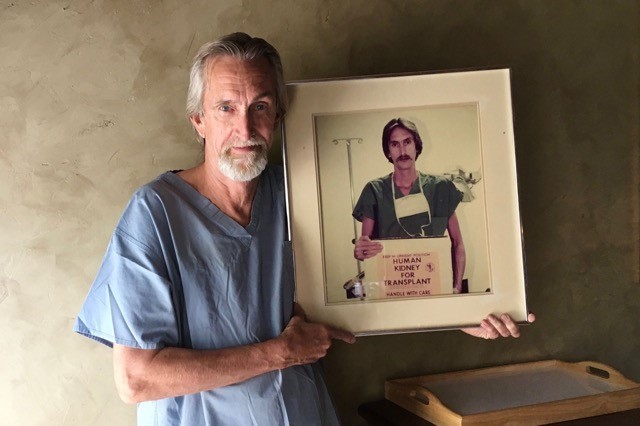 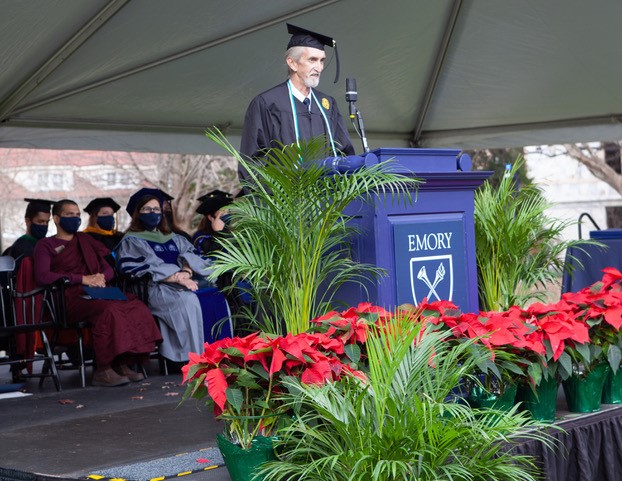 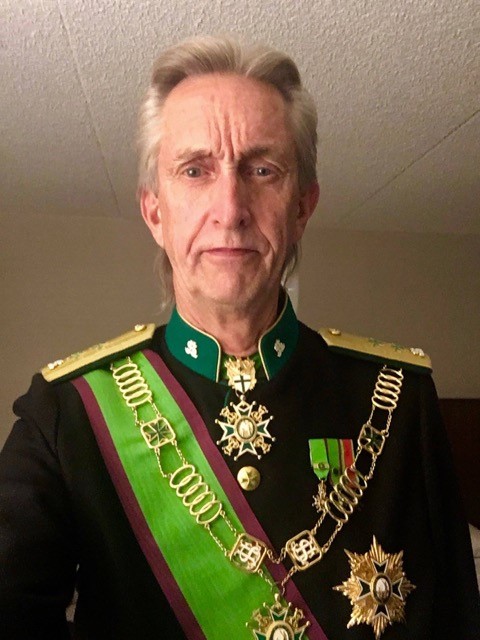 Charles Bearden, Knight Commander in the Military and Hospitaller Order of Saint Lazarus of Jerusalem