CPT(R) Jan “Casey” Bond is both a retired US Army Physician Assistant and retired Department of the Army (DA) Civilian.  He grew up as one of eight children in rural upstate Syracuse, New York.  Casey graduated high school in the early 1970’s and worked on a farm, in a factory, and in construction.  He determined that none of these jobs seemed a likely   career path and joined the US Army thereafter.

During his ten year career as an enlisted Soldier, Casey met and worked with three Army Physician Assistants: Paul King, Kurt Wyson, and Ed Brown, all of whom made a great impression upon him.  He notes their professionalism, knowledge, and patient management as his motivators to become an Army PA.  In 1982 Casey was accepted into the Army PA Program as a member of Class 82-1.

Following the completion of the PA Program, Casey served in a number of assignments as a Battalion PA from 1984 to 1993.  His assignments include 1/94 Field Artillery, Nuremburg, Germany; 1/87 Infantry, Fort Drum; 1/503 Infantry, Camp Hovey, Korea; and 3/17 Combat Aviation, Fort Drum.

In 1993, Casey became the Program Director of the Army Physician Assistant Program at Fort Sam Houston until 1994.  It was that year that he was appointed the Army Inter-service Training Review Organization – Detailed Analysis Group (ITRO-DAG) officer.  In this role he was tasked, along with others, to determine if it was feasible and economical to combine the PA Programs of the Army, Navy, and Air Force.  Despite some significant initial hurdles, this committed group worked diligently to achieve the template for a high-quality tri-service program which would become the Inter-Service Physician Assistant Program (IPAP) in 1996.

Casey retired from active federal service in 1996, but still retained passion for the soldiers and organization he had served.  He began his civilian service working as PA at the Consolidated Troop Clinic, Fort Leonard Wood from 1996 to 2001.  In 2001 he moved to the Department of Combat Medic Training (DCMT) where he served as a member of a PA-centric team that was tasked to rewrite and edit the 68W curriculum ensuring to incorporate the tenets of Tactical Combat Casualty Care (TC3).  He assisted in the first rewrite of the Combat Lifesavers Course (CLC) in over 20 years.  Additionally, he served as the Senior Editor for the Combat Medic Field Reference textbook that was published in 2005.  Casey developed the curriculum for the textbook revising training tasks and incorporating lessons learned and used in initial entry training and advanced noncommissioned officer training into a progressively linear training program improving training relevancy to the current operating environment.  In 2007, he became the Director of the Center for Pre-Deployment Medicine (CPDM) which prepares medical specialists for deployment with training that covers everything from battlefield first aid to working in combat support hospitals.  Casey again codified his knowledge and experience by serving as the Senior Editor for the 68W Advanced Field Craft Combat Medical Skills text that was published in 2009.  Casey continued as the CPDM  Director until his retirement as an Army Civilian in 2014.

Casey has held a number of PA leadership positions throughout his career.  He is the past Treasurer for the Bexar County PA Society.  Additionally he is a two-time past President of the Society of Army Physician Assistants (SAPA) and also served as the organization’s Journal Editor, Secretary, Membership Director, and Treasurer.  In 2008 he was the recipient of the SAPA Robert Scully Memorial Award  and inducted into the SAPA Hall of Fame for his outstanding  contributions to the organization.

Today he is enjoying being fully retired, though he carries a great fondness for the Soldiers he served with for over 40 years of combined service.  He continues to live in San Antonio, Texas with his wife and daughter.

Acknowledgments: This biography was written by LTC Amelia Duran-Stanton, MAJ Patrick Walsh, and CPT(R) Casey Bond and was submitted to the Society in September 2017. Photographs are courtesy of CPT(R) Bond. 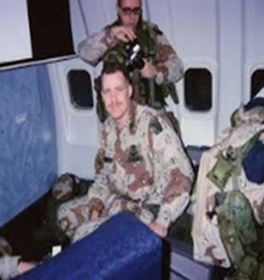 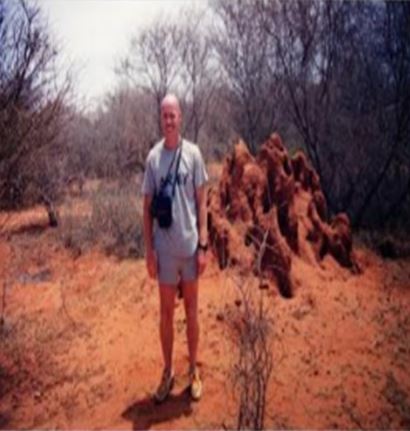 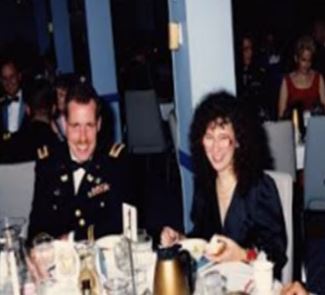