Dr. Mary Jo “MJ” Bondy is a distinguished clinician, educational leader, and innovator. In February 2020 she became the first PA to serve as the CEO of the Physician Assistant Education Association (PAEA), where she leads a staff of 40 in serving the more than 250 member programs of PAEA and meeting the needs of more than 3,000 individual faculty. Following her graduation from the Duke University PA Program in 1993, she worked in many clinical settings and specialties, including in family medicine, emergency medicine, internal medicine, and orthopedics. She also served as a clinical preceptor for PA students for many years and was awarded the Duke University PA Program Preceptor Award in 2001.  She began her career as an educator as a regional clinical coordinator for the Duke PA Program, in this role she helped recruit and develop potential students and preceptors for the South East Area Health Education Center (SEAHEC) in Wilmington, NC.  In 2003 she moved to Maryland to become academic coordinator of the Anne Arundel Community College PA Program, and in 2007 she became the program director. Dr. Bondy earned the doctor of health education degree from AT Still University in May 2011.

During her time at Anne Arundel she developed the program’s collaboration with the University of Maryland Baltimore (UMB). In 2014, she became the director of graduate academic programs at UMB and shortly thereafter the assistant dean, as contemporary programs and interprofessional education opportunities increased. In partnership with the Baltimore Area Health Education Center (BAHEC), Dr. Bondy helped develop a pilot training program to teach faculty and students from seven participating schools about the use of Narcan, a revolutionary drug that can reverse the effects of an opioid overdose.

Dr. Bondy has been a leader in online education, and at UMB one of her first tasks was to ensure that instruction delivered online from the graduate school met university quality standards. Under her leadership, the department of academic innovation and distance education flourished. Dr. Bondy’s involvement and contribution on key publications related to healthcare workforce shortages in Maryland contributed to UMB Graduate School receiving a state-funded grant to establish a Physician Assistant Leadership and Learning Academy (PALLA), founded in July 2019, to increase the capacity of faculty to educate future PAs for the Maryland health workforce, and to advance PA education, research, and policy.

Raised in Iowa, Dr. Bondy graduated from Marquette University as a medical technologist. After becoming a PA in 1993, she worked in orthopedic surgery at Duke University Medical Center for two years prior to joining Wilmington (NC) Health Associates and practicing in internal medicine. She practiced for two years with Forstner Family Practice and Urgent Care before returning to Duke in 2000 to work in the emergency department. She later moved to Maryland, where she worked in the emergency department at George Washington University and also worked at the Bethesda Naval Hospital Emergency Department.

As an educational leader, Dr. Bondy has served on many committees and task forces of the Physician Assistant Education Association (PAEA), including their Government Relations Committee, the Accreditation Task Force, and the Core Competencies for New PA Graduates Task Force, which she co-chaired. She has been active in the Maryland Academy of Physician Assistants (MAPA), including as chair of the public relations and reimbursement committees and as a member of the legislative committee. In addition, she has served on the Board of the Baltimore Area Health Education Center (BAHEC) as vice president. A recognized leader and advocate for the PA profession, Dr. Bondy was recognized as the Duke PA Distinguished Alumnus of the Year in 2011 and as a Champions of Excellence awardee from the University of Maryland, Baltimore, in 2017-18.

Acknowledgments: This biography was prepared by Reginald Carter with the assistance of Dr. Bondy and submitted to the Society on February 1, 2020. The portrait photograph was taken from the University of Maryland at Baltimore website and the second photograph is courtesy of the PAEA, Washington, DC. Information for this biography was extracted from online biographical information provided by the Duke University PA Program, Durham, NC and from the University of Maryland Graduate School. 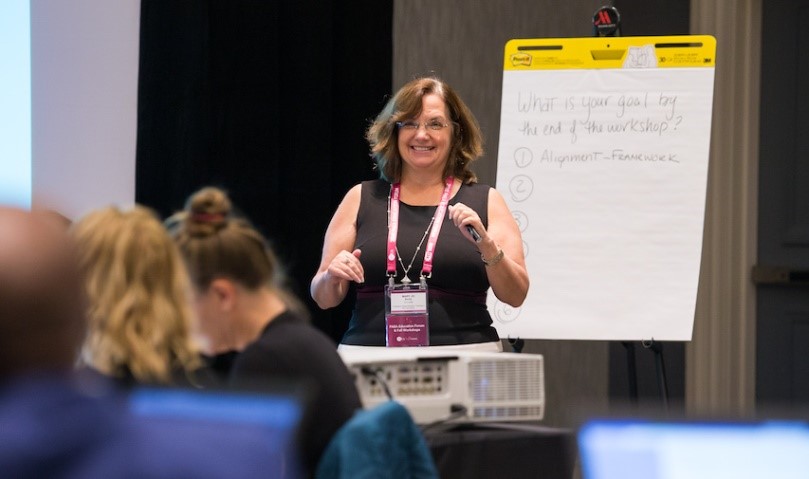