John Allan Braun was born July 4, 1943 in Miami, Florida the fourth child of Helen Ryan and Edwin Harry Braun. He graduated from Miami Jackson High in 1961 and enlisted in the Navy serving 4.5 years active duty during the Vietnam War as a hospital corpsman (operating room tech).

Braun read an article about the PA profession that appeared in the September, 1966 issue of Look Magazine titled “More Than A Nurse, Less Than a Doctor.” The article featured the first students enrolled in the Duke University PA program. He applied to Duke and was accepted into the program graduating in 1968. While a student, he expressed concerns about the program’s curriculum and structure to Dr. Eugene Stead (Chair of Medicine), Kay Andreoli (nurse educator) and Dr. Harvey Estes (Chair of Community Health Sciences) and they told him that he should join the PA staff to act on those suggestions. So after graduation, he remained at Duke for two years serving as a clinician, educator and administrator in the departments of Neurology and Community Health Sciences. In the PA Program, he assisted David Lewis, the Director of Education, and was the Clinical Coordinator for students taking internal medicine rotations and coordinated and taught courses in patient evaluation and physical diagnosis. In classes and on clinical rotations, Braun tried to draw on the students’ prior experiences by encouraging them to share their knowledge and skills with the instructors, preceptors and fellow classmates to augment the curriculum. Along with his supervising physician, Dr. James MacFarland, he set up a Health Clinic for Duke Faculty and their families. These were exciting times at Duke, especially hosting visitors from around the country and world who wanted to learn more about this new concept that Dr. Eugene A. Stead, Jr. had created in collaboration with his colleagues at Duke and throughout the country. It was a time of uncertainty, much enthusiasm, hard work, exploration of concepts, curriculum development and political challenges within the broader health professions community and government agencies. The PA graduates of the first four Duke classes spawned the future leadership of the PA profession in academia, the AAPA, and in politics and government.

In 1970 Braun enrolled in the UNC-Chapel Hill School of Public Health in the Medical Care Administration curriculum, and obtained his MPH in 1972. For his major paper, he conducted a task analysis (time and motion study) of Duke PA graduates around the country in what was the first scientific examination of this new breed of clinicians in a variety of settings including private practices, institutional settings and HMOs. The results of the paper, co-authored with Dr. Louis Pondy, Professor of Economics at Duke, was presented to the American Public Health Association at its annual meeting in Minneapolis in 1972 and later published in the Journal of the American of Public Health Association. For six months in 1971-72, with a grant from the Regional Medical Program (RMP) authority, Braun designed a time and motion protocol for the New York Academy of Medicine to assess healthcare manpower in New York City hospital clinics. Concurrently, he edited papers which were drafted by the Duke PA Program staff for publication.

Braun was a founding member of the American Academy of Physician Assistants (AAPA) formed in 1968 in a small research laboratory room in the basement of the Bell Building on the Duke campus. Somehow, a number of PAs spontaneously gathered there one morning and a slow boil of desperation began to enter into the co-mingling of this group. Aside from the fact that the future was uncertain, there was a communal feeling amongst all present that there was a need to “organize”! Although not sure just what direction to take, there was a consensus that a professional organization was needed to support and promote this new and innovative profession. Some took responsibility for incorporating the organization while others assisted with organizational tasks. Dick Scheele was an undisputed moving force in establishing the AAPA, but unfortunately he died before the organization was fully operational.

Braun was elected AAPA President in the 1971 and served in that capacity for six months until July, 1972 when he had to step down because of other duties. One of his main contributions was relocating the AAPA corporate offices from Durham to Washington, DC with the assistance of Jerry Wise at George Washington University. He assessed other groups around the country who were representing PA-type providers, such as MEDEX graduates in the West and the National Association of Physician’s Assistants who represented graduates of the Purser-Marine Physician Assistant Program based in the U.S. Public Health Service Hospital in Staten Island, NY. At the time, Braun saw no commonalities that bonded these groups and advised the AAPA to go its own way. However, later the AAPA and MEDEX groups merged to make the organization more inclusive. In addition, Braun communicated the AAPA’s concerns with the AMA about doctor’s employing minimally trained staff and calling them physician assistants.

While serving as AAPA president, Braun was recruited by the NIH Bureau of Health Manpower to be Chief of the PA Staff, administering the first federally legislated authority and funds for the establishment of PA programs. This authority was the Health Manpower Education Initiative Awards Act (HMEIA) of 1971 with an allocation of $15 Million to support PA programs for the Year 1972/73. The Director of Grants and Contracts at the Bureau of Health Manpower was aware that several principals of the potential 15 programs to be awarded the first fifteen million dollars were members of the Board of Directors of AAPA and Braun was the President. So he strongly advised Braun to resign prior to July 1, 1972 which was when the funds were to be awarded. Tom Godkins, the Vice President, assumed the presidency and continued uninterrupted the work begun.

In 1973 the Nixon Administration began to “decentralize” the federal bureaucracy and the Bureau of Health Manpower was the first unit to do this. Braun was assigned to Region IV in Atlanta and was appointed Chief of Primary Care Health Professions. This included PA, Family Medicine, Area Health Education Centers, Dentistry and some Allied health authorities as well as Medical Student and Nursing Student Loans. As his responsibility expanded in funding health professions education programs, he became concerned about his qualifications in the discipline of education. In 1974/75 he took three full semesters of graduate courses at UNC-Chapel Hill in Adult and Higher Education with an emphasis on the health professions curricula. Jimmy Carter was elected president and everything shifted back to Washington. Braun served as a Senior Health Manpower Education Specialist in the Bureau of Health Manpower until 1980 when he resigned and moved back to North Carolina. During his tenure with the Federal Government he administered in excess of $72 Million in health professions educational program grants and contracts.

Back in North Carolina, Braun partnered with his brother, Bill, a Family Physician living and practicing in Florida, to form a closely held corporation, MEMS, Inc., (More Effective Medical Systems) to operate urgent care centers in North Carolina and Florida. Braun served as the President and CEO of the organization and functioned as Administrative Director in the Durham and Chapel Hill clinics. He also worked part-time as a PA when needed in the clinic. The clinics were sold in 1990- 92.

The next thirteen years, 1992-2005, Braun participated in pharmaceutical clinical research as a Clinical Research Associate, Clinical Scientist, and Global Clinical Team Leader on a number of clinical trials in hematology, infectious diseases, cardiology, neurology, and psychiatry. Highlights of this experience include serving on the clinical team at Hoffmann-LaRoche, proving the efficacy of Saquinavir and introducing the first long term life saving compound that brought hope to millions of HIV infected people throughout the world; and, clinical trials with Amgen that resulted in approval of Neupogen for the treatment of chronic neutropenia in adults and children. This was a fitting “final stent” in his 42 years in the healthcare industry. He retired in 2005.

Braun attended the AAPA Annual meeting in Las Vegas in 2011 and briefly addressed the Town Hall meeting. He expressed his overwhelming pleasure in all the accomplishments that were revealed during that meeting, especially the comments and concerns voiced by the general audience of PAs. Just seeing them and hearing their “on-target issues” caused him to realize just what had been spawned in those early years and what a time tested success it has been.

Acknowledgments: This biography was written by John Braun with the assistance of Reginald Carter, and was submitted to the Society in November 2012. The photographs are courtesy of Mr. Braun. 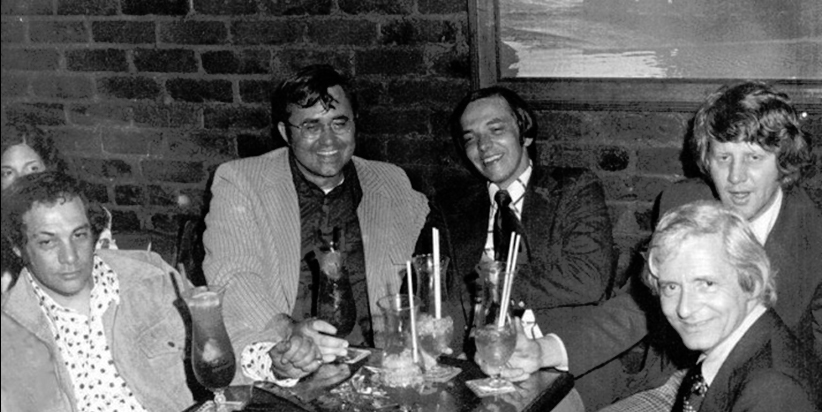