Gaye Breyman was born in Ohio and moved to Southern California with her family when she was a toddler. She attended school in Anaheim, California, and still lives in Orange County, CA.

Ms. Breyman always had an entrepreneurial spirit and a natural talent for marketing and public relations. Whether working as a part-time parish secretary at an Episcopal Church when her children were very young, or later, as an office manager for an IT education company, Ms. Breyman always brought something special to the table. She was a natural leader, able to inspire and encourage her co-workers and supervisors.

In 1985, Ms. Breyman found out about a part-time opportunity at the California Academy of Physician Assistants (CAPA). The CAPA Board of Directors was impressed with her presentation and hired her to work as an independent contractor for 20 hours a week. Ms. Breyman’s plan was to build a consulting business, finding other clients to fill a 40-hour week. She soon realized that this new position was more than a part-time job and she was fully immersed, loving every minute.

Hiring executive staff was a huge leap of faith for CAPA. They had few members (397) and little money. This was an experiment, and success rested on Ms. Breyman’s ability to help increase membership and conference attendance. CAPA couldn’t offer health insurance or any other benefits. Ms. Breyman was a single mom with two kids. Once Ms. Breyman got familiar with the banking information, she saw that soon there might not be enough money to pay her on a regular basis. One of the members of the Board of Directors promised Ms. Breyman that if it ever got to a point where CAPA didn’t have the money to pay her, the board member would personally write her a check. She believed him. It came close a couple of times, but he never had to write that check.

With no health insurance, working full-time on “part-time” pay, affording doctors’ visits and prescriptions when the kids were occasionally sick was a challenge. One of the supervising physicians of a CAPA board member rose to the occasion. He loved Ms. Breyman’s chocolate crinkle cookies and told her to just bring him a batch each time he took care of one of the kids. He usually had samples of medications if they needed it.  Ms. Breyman refers to the early years at CAPA as the “hungry years.” She says she cherishes the bonding experiences. This team of driven and caring people showed her who CAPA was. It was the “CAPA culture,” and Ms. Breyman thrived in it. She ensured it was protected and cultivated until her last day at CAPA.

Ms. Breyman quickly dug in, learned about PA practice, and was consistently available to answer CAPA member questions. She created meeting experiences that drew PAs to CAPA Conferences. The membership grew, as did attendance at the conferences. Ms. Breyman soon became an employee of CAPA – the first full-time, in-house executive staff hired by a constituent chapter of the AAPA. In 2004, Ms. Breyman earned the designation of Certified Association Executive (CAE). Less than five percent of all association professionals achieve this mark of excellence.

In the board room, Ms. Breyman was a consistent advocate for the members. Always reminding leaders of the purpose of all decisions – always for the member. That dedication to what Ms. Breyman calls “CAPA’s True North” never faded. She brought that to every Board of Directors until the day she retired from CAPA – January 7, 2020. She served both as a leader for CAPA and as a mentor for countless other leaders during her tenure. Her incredible attention to detail and passion were great assets to CAPA. Although she was gentle and caring, she was also fiercely tough when required to serve CAPA’s Mission. She had impeccable expectations and she functioned best when those around her equally had impeccable expectations. She termed working with “race horses” as the optimal environment for CAPA.

Ms. Breyman’s passion was never more evident than when she was working on legislative and regulatory advancements or challenges for California PAs. During her time at CAPA, Ms. Breyman touched every piece of legislation that improved the PA practice environment in the state. Her ideas for campaigns to engage and motivate the membership were legendary. In 2010, Ms. Breyman received CAPA’s highest honor, the “Pride of the Profession Award.” She was the first non-PA to receive the award. The video of the award presentation chronicles her creative campaigns and her leadership style.

For over 34 years, she worked non-stop to help ensure that California PAs were enlightened and engaged. Ms. Breyman led the California Academy of PAs into the 21st Century with legislative changes that allowed California PAs to practice more effectively. California PAs gained greater and greater recognition and respect. In 2019, CAPA shepherded the passage of what is arguably the most significant piece of California PA legislation since the initial, enabling legislation. SB 697 repealed state law requirements for 1) chart review or counter signature, 2) protocols and formularies, 3) Delegation of Services Agreement (DSA), 4) the PA to be an agent of a specific physician, 5) physician name on prescriptions and more. This allowed for many of the particulars of PA supervision to be determined at the practice level. The bill achieved parity with other healthcare professions in the state. This was the jewel in Ms. Breyman’s crown, as she was integral to the successful passage of the bill.

As Ms. Breyman was retiring, the CAPA Board of Directors established an award in her name, The Gaye Breyman Outstanding Leader Award.  The Award recognizes outstanding leaders within the PA profession who embody CAPA’s Mission. Recipients chosen by CAPA must serve as role models for other leaders, demonstrate initiative, integrity, honesty, and a commitment to do the right things, inspire others to adhere to CAPA’s Mission and demonstrate the highest degree of professionalism. The perpetual plaque will hang in the CAPA office and will read, “The Individuals Listed Below Represent the ‘Race Horses’ of the PA Profession.”

In November 2019, Ms. Breyman was awarded an Honorary Doctor of Laws degree from Marshall B. Ketchum University. Dr. Breyman’s many accomplishments and steadfast work to pass laws to elevate the PA profession and to provide greater access to care for Californians are recognized with this well earned degree.

Acknowledgments: This biography was written by Gaye Breyman with assistance from Marilyn Fitzgerald and was submitted to the Society in March 2020. The photographs are also courtesy of Ms. Breyman.  When using information from this biography, please provide the proper citation as described within the PA History Society Terms of Use. 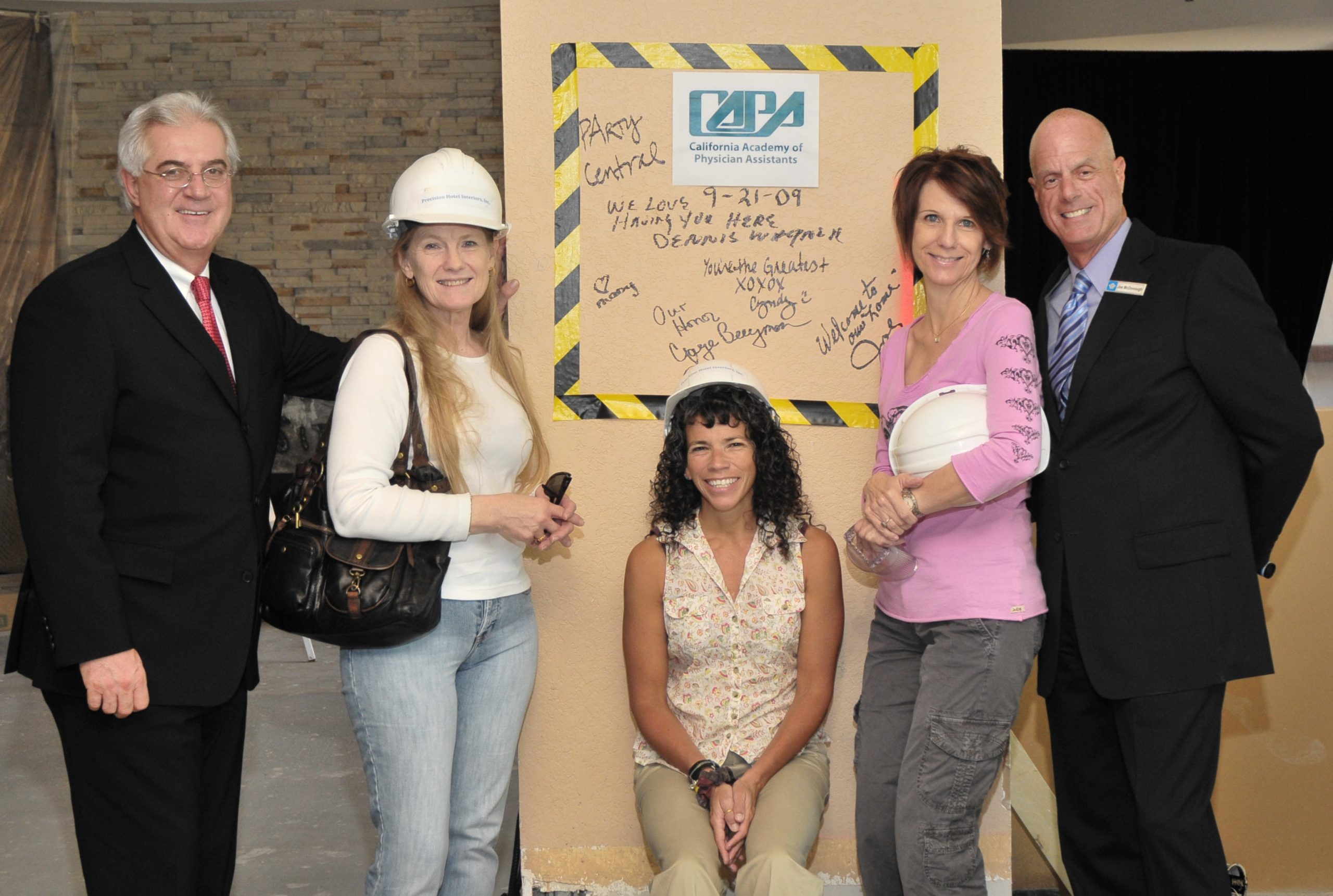