Randy Danielsen (1949 – ), PhD, PA-C was born in Preston, Idaho and began his healthcare career as a medical corpsman in the U.S. Air Force in 1970. He went on to serve 28 years with the Air Force and the Army National Guard, retiring in 1998 as a Desert Storm veteran with the rank of Lieutenant Colonel.

Throughout Dr. Danielsen’s career, he has been a clinician, PA educator, author, and editor. He was among the first group of PAs to receive NCCPA certification in 1975 and has maintained his certification to date, remaining clinically active for over three decades.

In 1995, Dr. Danielsen began a path that led to an extensive journey in education–both in the classroom and in administration. His academic career started with the Wichita State University PA Program, and from there he went to serve as the Associate Director and Academic Coordinator for the PA Program at the Kirksville College of Osteopathic Medicine Southwest Center, which later became A.T. Still University (ATSU). He completed sixteen years with ATSU as academic coordinator (1995-1997), chair of physician assistant studies (1997-2004), and dean of the Arizona School of Health Sciences (2004-2010, 2012 — present). He also serves as adjunct Associate Professor for Nova Southeastern University’s College of Health Care Sciences.

Dr. Danielsen has served in a number of leadership positions throughout the PA profession. He was appointed by the governor of Arizona to serve on the Arizona Regulatory Board for Physician Assistants from 1986 — 1990 and again from 2001 — 2009, serving as the chairperson from 2002 — 2004. As a member of the American Academy of Physician Assistants from 1976 until the present, Dr. Danielsen has served as member and chairman of a variety of committees, as vice-speaker of the AAPA House of Delegates, and as a member of the AAPA Board of Directors from 1979 — 1981. He is an active member of the Arizona State Association of Physician Assistants, serving several terms on their Board of Directors and as President of the Board from 1982 — 1983, 1985 — 1986, and 1993 — 1994.

From 1997 — 2009, Dr. Danielsen was an integral part of the leadership of the National Commission on Certification of Physician Assistants. He chaired a number of committees and served as the Chairman of the Board in 2007. From 2010-2012, Dr. Danielsen led the NCCPA Foundation as its Senior Vice President.

Dr. Danielsen’s dedication to the U.S. military was not limited to his active and reserve duty in the Air Force and Army National Guard. He has been a member of the Veteran’s Caucus of the American Academy of Physician Assistants since 1989, serving as a Director from 1993 — 2001 and President from 1989 — 1990.

Throughout the past three decades, Dr. Danielsen has participated on a variety of publication advisory/review boards and has been a prolific writer. He has published over twenty-five peer-reviewed articles, twenty journal editorials, and four book chapters. In 2011, Dr. Danielsen published his first book entitled The Preceptor’s Handbook for Supervising Physician Assistants.

Dr. Danielsen has received a number of honors and awards for his work with the PA profession. He received the AAPA’s House of Delegates Outstanding Service Award in 1988, their Outstanding PA of the Year Award in 1993, and became a Distinguished Fellow in 2008. In 2002, he was the recipient of the PA Foundation’s Brietman-Dorn Research Fellowship. The Veterans Caucus of the AAPA named Dr. Danielsen their Civilian Physician Assistant of the Year in 2003, and the A.T. Still University Board of Trustees named Dr. Danielsen as the recipient of the George Windsor Award in recognition of his characteristics of fairness, loyalty, intelligence, and service to ATSU. In 2012 the Arizona State Association honored him with their Outstanding PA of the Year award.

In addition to his work with the PA profession, Dr. Danielsen is involved in the community. He has participated as the medical director of the Elite Racing Team’s Medical Team in the P.F. Chang’s Rock ‘N Roll Arizona Marathon and Half-Marathon from 2004 — 2011. He also is a second-degree Black Belt and instructor in Uechi-Ryu Karate. In 2007, he was inducted into the Soda Springs High School Hall of Fame by the Soda Springs Educational Foundation. 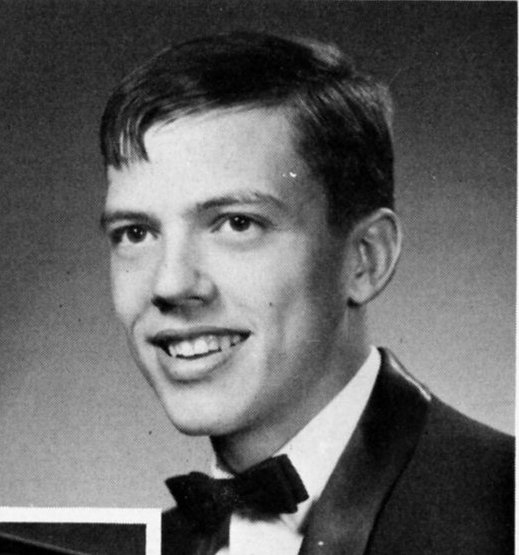