Don Eugene Detmer received his doctorate of medicine in 1965 from the University of Kansas, Kansas City, KS. He completed his postgraduate education in surgery at Johns Hopkins Hospital, Baltimore, MD, the Heart Surgery Branch at the National Institutes of Health, Bethesda, MD, Duke University Medical Center, Durham, NC and the Institute of Medicine, National Academies, Washington, D.C. While chief resident at Duke, Detmer was asked to develop and coordinate a Surgical Associate track as an extension of the Duke PA Program and to serve as one of the PA program’s Medical Directors, a position he shared with James Nuckolls, MD, who at the time was chief resident in the Department of Medicine. Before leaving Duke, Detmer coauthored a paper with his Duke colleagues describing the education of surgical PAs. The paper was published in a 1972 volume of Surgery.

In 1972, the American Academy of Physician Assistants (AAPA) asked Detmer to serve on their Board of Advisors as a liaison with the American College of Surgeons (ACS). In this role, he encouraged the AAPA to accept Surgeon Associates, who graduated from accredited programs, as members and to advocate for the development of a certification process that was equitable for specialist trained PAs, as well as generalist PAs. In 1972, the AAPA decided not to renew their contract with Charles B. Slack to publish their journal. They took over the operation of the journal and recruited Detmer as its new editor. He assumed the editorial role in April 1973. Although the publication was titled the PA Journal, Detmer wanted the readership to include MEDEX, Pediatric Nurse Practitioners, Clinical Nurses and other types of clinical support personnel. So the journal was subtitled, “A Journal for New Health Practitioners.” According to Detmer, the journal’s purpose was to provide clinical articles for Continued Medical Education (CME), career opportunity information and editorials that at times might be at odds with the AAPA’s opinion. He remained editor of the PA Journal until 1979 when the journal changed its name to the Health Practitioner. For his tireless efforts on their behalf, the AAPA made him an honorary member in 1976.

In addition to his service to the AAPA, Detmer served as a member-at-large and vice chairman of the National Commission on Certification of Physician Assistants (NCCPA) from 1976 to 1978. During this time, he coauthored a white paper with Henry Datelle, Ed.D., Assistant Director of the NCCPA, titled “Competency Evaluation of Physician Assistants in Medical Specialties.” This document defined the role of PAs and described the history of their development and then outlined the difficulty and discussed issues related to developing a certification examination that evaluated both “core knowledge” and “specialty knowledge” of PAs who were trained or who worked primarily in either primary care or surgical practices. In the early 1980s, Detmer coauthored with Henry Perry, MD, PhD, MPH, four articles that appeared in various surgical journals describing the current and future roles of physician assistants in surgery. Based upon their survey of chairmen of departments of surgery, they concluded that a growing number of PA graduates would be hired by surgeons reducing the percentage going into primary care. Time proved their assessment to be true.

Over the years, Detmer’s field-of-interest and expertise has grown to include national health information policy, quality improvement, administrative medicine, and medical informatics. Since 1973, he has served in clinical, faculty and administrative roles at the University of Wisconsin-Madison, the University of Utah, and the University of Virginia. While in Wisconsin, he established the nation’s first Administrative Medicine Program for clinician-executives. In recent years he has served as Dennis Gillings Professor of Health Management, Judge Institute of Management, University of Cambridge, U.K. and as President and CEO, American Medical Informatics Association, Bethesda, MD. Since 2005, he has been a Visiting Professor, Centre for Health Informatics and Multi-professional Education, University College London and from 2011 to 2013 he served as Medical Director, Advocacy and Health Policy for the American College of Surgeons, Washington, DC. Currently, he is university professor emeritus of health policy and professor of medical education, Department of Public Health Sciences, University of Virginia.

Detmer has served on boards, committees and commissions affiliated with the National Library of Medicine (NLM), the Institute of Medicine (IOM) of the National Academies, the National Committee on Vital and Health Statistics, Veterans Administration, and the Center for Disease Control. He has published articles, books, and monographs related to his fields-of-interest and been recognized nationally and internationally as an innovator and leader in medical informatics and health policy and administration. He is recognized as a distinguished alumnus of the Duke University Medical Alumni Association.

Detmer is associated with the PA Profession in other ways. His brother, Lawrence M. Detmer served as Secretary of the Accreditation Review Committee on Educational Programs for Physician Assistants (ARC-PA) from 1972 to 1991 and his daughter, Catherine LeBlanc, is a graduate of the Duke PA Program.

Acknowledgments: This biography was prepared by Reginald Carter with the assistance of Dr. Detmer and submitted to the Society on November 25, 2014. The photographs were donated to the Society by Dr. Detmer. The second photograph was taken when he was a resident at the Duke University Medical Center. 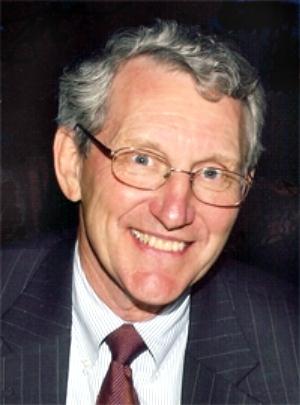 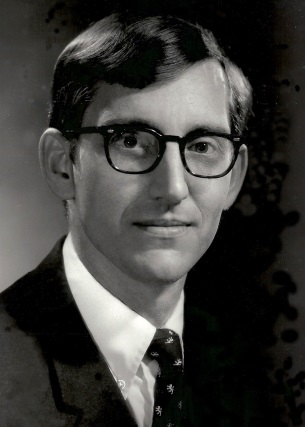