Captain (Retired) Murl Dotson, PA-C Emeritus, most recently served as a PA at the Biloxi Veterans Administration (VA) Medical Center, retiring after nearly 50 years of dedicated clinical service between the United States Air Force and Department of Veterans Affairs.  His journey to become a PA and help set the course for the PA profession and licensure in the State of Mississippi was by far his destiny.

In 1969 during his sophomore year as an engineering student at the University of Tennessee, he received a draft notice for the U.S. Army.  He instead enlisted in the U.S. Air Force informing his recruiter there were three career fields he did not want to enter: cook, cop, and medic.  The recruiter said that with his enlistment test scores he most likely would be put in the intelligence field.  After completing basic training and while awaiting the start of intelligence training, the Air Force closed the field to new personnel and placed all those waiting into the medical field.  Two years later while working in the ER as a medic at Keesler AFB, Mississippi, he heard about the PA profession and the Air Force’s recently established PA school but did not meet the 3-years time in service requirement to apply.  Shortly afterwards he received military orders to become an aeromedical evacuation technician, completing technical training, combat survival school and jungle survival school, before being called to serve in Thailand and Southeast Asia during the Vietnam War.  He flew many critical aero evac missions including transporting then Navy Captain John McCain III and other American POWs to their destination bases upon return to the U.S.

Dotson loved flying aero evac; other momentous missions included transporting survivors of the Jim Jones Jonestown Massacre in Guyana to their U.S. destination locations.  He progressed in rank and position, first as a flight instructor providing on-the-job and qualification training on specially-designed aircraft to incoming med techs.  He then became a flight examiner for his base, providing QAE oversight and quality evaluations for aero med techs.  He finally progressed to assistant non-commissioned officer in charge of inflight medical care for the aeromedical evacuation squadron.  But after 8 years, Dotson knew the only thing that would make him want to stop flying would be PA school.  He applied but was accepted as an alternate.  Later the Air Force decided it could recruit PAs from the civilian community and closed the PA school.  Then one day, Dotson received a phone call that the Air Force was reopening the school and asked if he still wanted to attend.  He did, and subsequently earned a Bachelor of Science in Physician Associate Studies becoming a PA in 1981.

In his final assignment as an Air Force PA (again at Keesler AFB), he discovered Mississippi was the only state remaining that did not have legislature allowing PAs to practice; only an attorney general’s opinion.  While still on active duty, he helped to make the Mississippi Academy of Physician Assistants (MAPA) chapter more active.  When Dotson retired from the Air Force in 1991, he took a 2-week vacation then continued as a PA for the Biloxi VA Medical Center.  It was during his VA tenure that the serious process of getting legislation for PA practice in Mississippi began.  With the help of AAPA and under the expert guidance of Ann Davis, MS, PA-C, this goal was achieved in 2000.  During this long process, he served as president of MAPA to provide powerful advocacy, leadership, and oversight for the effort (1995-2005, 2013-2014).  He participated in countless meetings with state and federal legislators, members of the state medical board and medical organizations, a live debate on public TV with nurse practitioner representatives, and many interviews with newspapers and magazines to help shape and bring about legislative change.

In addition to being a primary care clinician at the VA, Dotson made significant contributions post-Hurricane Katrina, working long hours providing patient care in the ER to Mississippi gulf coast residents.  He also helped establish and was the primary care provider for the traumatic brain injury, spinal cord, and post-deployment clinics at the Biloxi VA.  After retiring from the VA in 2019, he continued to be the chief delegate for MAPA to the HOD in 2020 and 2021.

Among Dotson’s many awards are the Air Force Meritorious Service Medal and Commendation Medal.  He was recognized with the Veteran Caucus Civilian PA of the Year Award and the Paragon Award (1999) for public education achievement.  He is a distinguished fellow of the AAPA.  He has served as a representative on the AAPA House of Delegates every year from 1995 to 2021. A point of particular pride was being honored with Proclamation Murl D. Dotson Day by the city of Biloxi upon retirement from the VA.

Murl Dotson talks about the passing of Mississippi PA Legislation

Acknowledgments: This biography was prepared by Murl Dotson. It was submitted to the Society in August 2022. Photographs are courtesy of Mr. Dotson and the Physician Assistant History Society AAPA Photograph Collection. 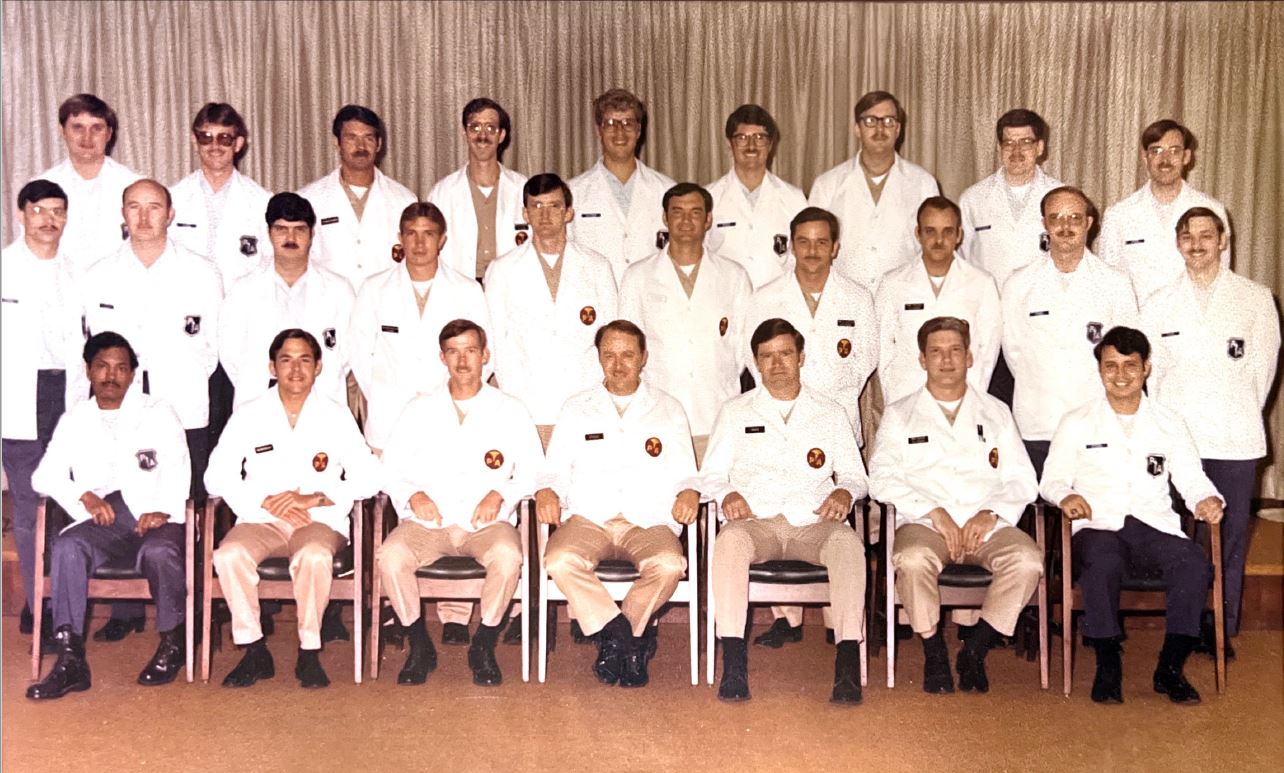