Thomas E. Dunn is recognized as a pioneering physician assistant in the field of Cardiology. He helped establish one of the first community-based cardiology physician/PA team practices in Asheville, NC in 1972. By the time of his retirement, the practice had grown to include 22 physicians and 12 PAs.

Dunn, the son of a tobacco farmer, grew up in Roxboro, North Carolina. Although a national honor student in high school, he did not have funds to go to college so enlisted in the US Navy in 1958. He was trained as a hospital corpsman in Great Lakes, spent 18 months with Marines at Camp Lejeune, NC and then attended the Navy’s psychiatry school in Philadelphia but was deployed to Portsmouth, NH to work in the delivery room. Because opportunities for promotion were limited, he decided to leave the Navy. He registered at the University of NC at Chapel Hill, but his loan application failed to be processed on time and he sought work in the area. This was at a time that Duke University Medical Center was desperate for clinical support personnel and was hiring former corpsmen to help with the workload. Dunn was hired to work at Duke in the newly established heart catheterization laboratory in 1962.

Another former corpsman, Nelson Myers, was already working in the catheterization laboratory when Dunn joined the research team. Myers had gone through the cardiovascular training program at Bethesda, MD and had come to Duke after military service. Dunn learned to scrub and operate all the electronics, the Colson Densitometers, measuring cardiac outputs and analyzing test studies and processing records. Although most of the research was done on animals, there were some human studies on patients with Idiopathic hypertrophic subaortic stenosis (IHSS). The work was tedious but rewarding.

Within several years, other former corpsmen were hired to work in the dialysis and clinical research units. They became a close niched group of about ten individuals. They learned through James Mau, the Department of Medicine’s chief administrator that Dr. Eugene Stead was planning to start a two-year educational program to formerly train physician assistants. The former corpsmen working at Duke could attend the program, but would have to do so part-time since their services were needed in the clinical units. Dr. Henry McIntosh, Chief of the Catheterization Laboratory, allowed Myers and Dunn to participate in the PA Program part-time. They could both go to class, but if needed in the unit, one would go to class, keep notes and the other one would get those notes that night and they would study together. Dunn graduated in the second class of Duke PAs in 1968.

After graduation, Dunn remained at Duke for three years helping to oversee the staff in the Catheterization Laboratory. He got to know a number of cardiology fellows who did research in the unit. One of these individuals, Dr. John H. Russell, invited Dunn to help him establish a cardiology practice in Asheville, NC. The practice would establish a heart catheterization laboratory at Mission Hospital; the first such unit in western NC. Dunn began work in Asheville on January 10, 1972.

As the first PA in Asheville, NC, Dunn experienced the initial resistance to his role as a physician assistant and the need to work hard, spend time developing working relationships and gaining respect and acceptance from others in the health care community. The advances in cardiology that took place from his early days in the research catheterization laboratory at Duke to his retirement are staggering as are the changes that took place in his scope of practice as a physician assistant.

Dunn and his wife Wanda remained in Ashville after his retirement. Dunn died December 25, 2014.

Acknowledgments: This biography was written by Reginald Carter and was submitted to the Society in June 2015. The photograph is courtesy of the PA History Society, Johns Creek, GA. 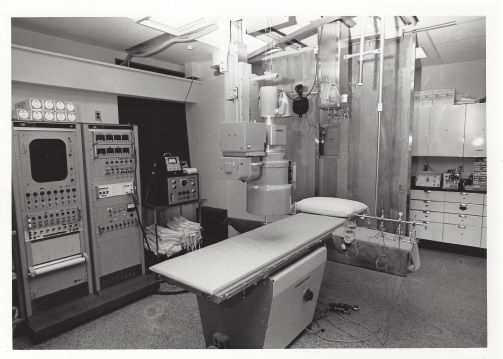