William (Bill) Feyh represents many of the pioneering PAs who served as former military corpsmen in Vietnam. He joined the Navy after graduating high school in Columbus, Ohio and completed a newly established Medical Special Operation Tech program designed to train corpsmen to work with underwater demolition and SEAL teams. This training would eventually lead Feyh to become a Navy SEAL himself. He was attached to the Marine 3rd Force Reconnaissance (RECON) Company, stationed in Vietnam. While on reconnaissance missions, the men had to carry everything they needed to stay in the jungle for 7-10 days at a time. In addition to his normal survival gear, Feyh had to carry enough medical equipment to sustain his men. Between 1966 and 1967, Feyh participated in numerous operations that required saving the lives of his wounded comrades. He was wounded twice during these missions.

After his tour of duty, Feyh attended college in Connecticut while working part-time as an insurance salesman and police officer. During this time he earned an Associate’s Degree in History. In 1973, Feyh applied and was accepted into the Duke University Physician Assistant Program. He graduated in 1975 with a Bachelor of Health Sciences degree. The University had just established the degree for graduates of the physician assistant program but still favored admitting former corpsmen who were recently released from active duty. Bill was married and had two children at the time. He managed to balance his academic and family life throughout his two years at Duke.

After becoming a PA, Feyh practiced in Connecticut at Yale University in Community Health Services, and then returned to Durham, NC to work with a skin cancer group specifically treating patients with melanoma. Feyh missed military life and in 1979 rejoined the Navy commissioned as a W-2; Chief Warrant Officer. He was interested in family and occupational medicine. For the next seven years he spent time working in a family medicine clinic in Pensacola, FL and at Guantanamo Bay, Cuba. During his time at Guantanamo Bay, he served as the diving medical officer treating scuba diving injuries. After Guantanamo Bay, he was stationed in Jacksonville, FL at Cecil Field becoming the director of ancillary personnel, with responsibilities for the pharmacy and clinical laboratory. He remained at Cecil Field until 1991, at which time he was transferred to San Diego, responsible for the health of the sailors attending BUDS (Basic Underwater Demolition/SEALS training) in California. He became the Clinic Director during this time and was featured on the Discovery Channel in BUDs/SEAL training series “Hell Week.”

Once again, he was sent back to Guantanamo Bay. In mid-1994, there was a mass exodus of refugees from Cuba on non-sea worthy vessels. The Coast Guard rescued many of these people and brought them to Guantanamo Bay to be placed in holding-camps until they could be processed. Feyh served as the medical liaison between the hospital and these camps. He retired from military service in 1996.

During his time in service, Feyh advocated for the commissioning of Navy PAs as officers. In 1989, the Navy commissioned him as a Lieutenant and in 1994 he was promoted to the rank of Lieutenant Commander (LCDR) while stationed in San Diego, CA. As a Commissioned Officer with 15 years of distinguished military service, he approached his superiors asking them to make him the director of the clinic, a position formally held only by physicians. He argued that he was the ranking officer in the clinic and just because he wasn’t a physician didn’t mean that he couldn’t run the clinic. He could handle both the medical and administrative duties. He was persuasive and got the position. It was during this time that he served as the President of the Navy Association of Physician Assistants, 1992-1994.

Feyh died in 2005. The Navy Association of Physician Assistants held a memorial service to honor him at the Eugene A. Stead, Jr. Center for Physician Assistants in Durham, NC in May 2011. His close associates remembered him as a hard-working, ethical and determined man who made a true impact on the history and use of PAs in the US Navy. They remembered that as a medical provider, he was very cautious, exceptionally gentle with children, and that his uniforms were impeccable, which showed his attention to detail. His family recalled his dedication as a husband and father and his service to the communities in which they lived. Bill is survived by his wife Leah and four children.

Acknowledgments: This Biographical Sketch was prepared by Reginald Carter with the assistance of Leah Stuart Feyh and submitted to the PA History Society in August 2015. The photographs are courtesy of Mrs. Feyh. Information used in this biography is based on a biography of Feyh written by PA students enrolled at South College, Knoxville, TN under the guidance of Kenneth R. Harbert, PhD, MHA, PA- C. The student biography is based on interviews with Feyh’s close associates and family. 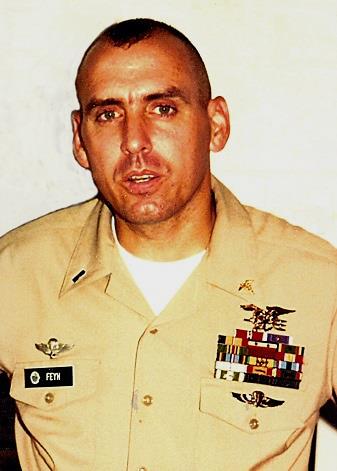