Fichandler was born October 3, 1946 in New Haven, CT. His formative years were spent in the rural community of Storrs, CT until starting his military service in 1967. He served in Vietnam as a Combat Medic with the 1st Air Calvary of the United States Army. He was the recipient of the Bronze Star Medal with Oak Leaf Cluster, the Air Medal and the Combat Medic Badge.

After completing his military service, he continued his undergraduate education at the University of Connecticut. Following his graduation he enrolled in the Yale University Physician Associate Program in 1971. As a PA student, Fichandler was elected President of the Jack W. Cole Society by his classmates. The Cole Society is a Student Chapter of the AAPA.

Upon graduation from Yale University, Fichandler took a position within the Section of Plastic Surgery of the Yale University School of Medicine, New Haven, Connecticut. There he worked as a clinical physician assistant in the surgical emergency room and on the burn service, eventually devoting most of his time to taking care of burn injured patients and general plastic surgery patients.

He was one of the first physician assistants to become a member of the American Burn Association (ABA). He coauthored and presented a number of scientific papers on Burn Medicine at the national meetings of the ABA.

Fichandler has been actively involved in local, state and national physician assistant organizations. He first served as Treasurer of the Connecticut Academy of PAs (CONNAPA) (1979-80) prior to becoming a member on the Board of Directors of the AAPA. In 1980 he began a one year term as President of the CONNAPA. In addition he was Election Committee Chairman (1983-91), Co-Chairman of the Membership Committee (1984-89), Member of the Legislative Task Force (1988-95) and Webmaster for CONNAPA (1998 — present). He served on the Board of Trustees of the national Physician Assistant Foundation (1990-91). Academically, Fichandler has co-authored 19 publications in clinical and academic journals and has given more than 30 major scientific presentations at national meetings.

Acknowledgments: This Biographical Sketch was prepared by J. Jeffrey Heinrich PA-C, EdD and edited by Bruce C. Fichandler PA and submitted to the Society on July 5, 2012. The banner photograph is courtesy of the PA History Society. The second and third photographs were donated to the Society by Fichandler. 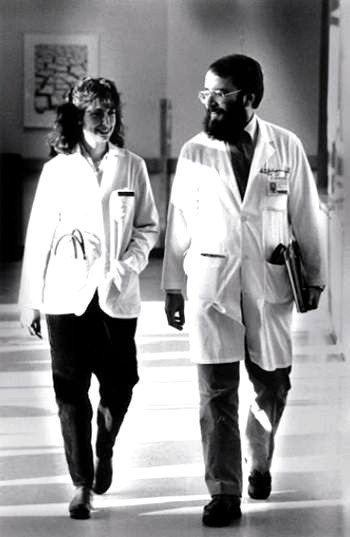