Growing up in rural Florida and graduating from high school eventually in California, William “John” Gill felt that his career path would be in health care.  He was accepted into chiropractic college and attended Palmer College of Chiropractic in Davenport, Iowa for a short time.  Due to the significant uptake in the military’s participation in Vietnam and the looming draft, it became apparent that he would be going into the military.

COL Gill was enlisted into the Army in January 1969 as a 91A medical corpsman. After basic training at Fort Ord, California, he attended AIT (advanced individual training) at Fort Sam Houston, Texas, where he was the distinguished honor graduate at the MTC (Medical Training Center) program. Gill was selected for the 91C course and assigned to William Beaumont Hospital in El Paso, TX. Upon completion of his training, he was deployed to Vietnam and assigned to the 1st Cavalry Division. His duties included civic action programs in support of Special Forces “A” camps.  After being wounded, Gill was assigned to the 27th MASH (Mobile Army surgical hospital) for the remainder of his tour. His next post in the continental US was Fort McClennan, Alabama, where he was assigned to the Chemical Training School. During this assignment he participated in the first REFORGER exercise in Germany.  This exercise was designed to reinforce military assets in Germany to counter Soviet aggression.

During his assignment to Fort McClellan, Alabama, he was assigned to work directly with a recent physician graduate, Jerry Baggs, MD, from Duke University, who encouraged him to investigate the physician assistant program.  Gill was accepted into the University of Alabama at Birmingham (UAB) in 1972 and graduated from the PA program in 1974. He would go on to attain his MPAS degree from the University of Nebraska in 1998.

His clinical career started in 1974 where he joined a family practice group with two physicians and a physician assistant in Florida.  He was among the group to take the first National Certification exam, During this time Gill and Len Milcowitz, PA-C, were involved in developing hospital policy regarding physician assistant practice and were working at state levels on enabling legislation.  The two PA’s were also instrumental in starting the first EMT/ Paramedic program at Pasco Hernando Community College (now Pasco Hernando State College) in New Port Richey, Florida. His military and civilian careers naturally led to an interest in sports medicine. He could be found most Friday nights during football season for more than 35 years, running up and down the sidelines.

In 1992, Gill received his Bachelors of Art in Business Management from the National Louis University in Tampa, Florida. He then returned to active duty that same year to participate in Operation Desert Storm. He was attached to the 2nd BN 20th Special Forces Group at Fort Bragg, NC, which deployed to Northern Iraq. Following release from Active Duty, he returned to the 3/20th and remained there until 1995 when he transferred to the Mississippi National Guard for reassignment to the 2/20th.  During 1992, Gill and his wife Elizabeth moved to rural Central Florida where they joined a rural health clinic started by a physician and physician assistant.  Since then, they and their PA partners developed a multi provider primary care rural health clinic to serve the medical needs of their community.

The Special Forces Battalion Gill was assigned to was mobilized in 2002 for Operation Enduring Freedom where he served as the senior medical officer/medical operations officer and lead planner for multiple Medical Readiness Training Exercises (MEDRETE), accomplishing the most exercises in theater by any combat unit. He also commanded a Special Forces B team. Following demobilization, he was assigned to Special Operations Detachment South as the detachment’s first PA for medical plans and operations. During this time, Gill participated in planning numerous exercises for the Special Operations Command SOUTH (SOCSOUTH) Plans division and was the lead planner for Fuerzas Comando, a military exercise with special operations teams from different countries. He was also mobilized for Hurricane Katrina, where he provided humanitarian assistance in rural Southern Mississippi. When Gill was mobilized again in 2007, he served as the first designated Command Surgeon for SOCSOUTH with the duties of coordinating CONUS and OCONUS medical planning and operations. He established the first permanent operational medical section for SOCSOUTH and developed long term manning requirements. Gill’s final assignment included joint responsibilities as medical planner SOD-S (Special Operations Detachment – South) and with MEDCOM as the senior PA. Gill has received numerous military awards.

Gill’s interest in education started early in his career and rekindled in 1997 with the Mississippi National Guard where he taught medicine to Special Forces Medics. He would do this until 2009. He has been an adjunct clinical professor for the PA programs of Nova Southeastern and Barry University and has mentored many nurse practitioner and physician assistant students during their clinical rotations.

Gill is a consultant on rural health clinics for Medical Services, Inc. He also is a consultant for the College of Public Health at the University of Central Florida and for the Federal Office of Rural Health Policy and the Health Resources and Services Administration on issues for rural health providers.  Gill is a Past President of the National Association of Rural Health Clinics (NARHC), and former director of the education committee and the current President of the Research and Education Foundation for NARHC.  His focus has been on advocacy and education. For his work with rural health, the NARHC has established the William John Gill PA-C Scholarship at the University of Alabama at Birmingham PA Program and recognized Gill with the Ron Nelson award.

Gill continues to practice clinically and still loves patient care. He is involved locally with health care policy and care in the community. He is also spending more time in the mountains of North Carolina with his family and grandchildren.

Acknowledgments: This biographical sketch was PA History Society Staff with the assistance of Mr. Gill. It was submitted to the Society in August of 2022. Photographs are courtesy of Mr. Gill. 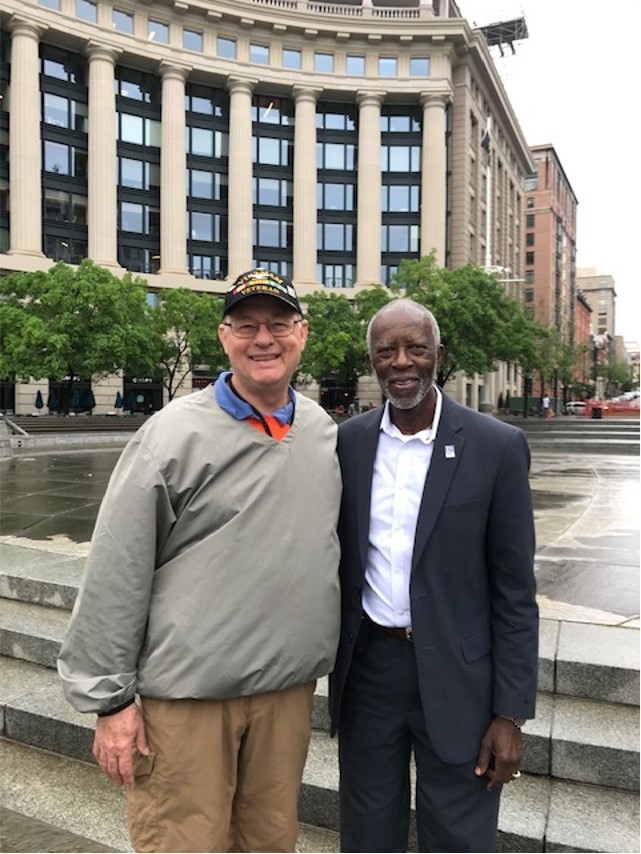