COL David Hamilton is a US Army Physician Assistant (PA), He grew up on a farm, helping raise cattle and tobacco. His parents taught school in a variety of educational settings.

His 36-year medical career began as a volunteer Emergency Medical Technician on the Felicity-Franklin Life Squad in Ohio from 1984-1990. He joined the Army Reserve in the 1980’s as a military policeman. From 1986-1994 trained and served as a Special Forces communications and medical sergeant and deployed in to Operations Desert Shield and Storm, and several other contingency operations. He attended the Army PA Training Program in 1994, and was commissioned in 1996. As a PA, he served as a Medical Platoon Leader and Battalion PA in infantry and armor battalions. After training as an Occupation Medicine PA, he served as the Chief of Occupational and Environmental Health at Fort Drum, New York.

Returning to an Infantry Brigade, he served as Senior PA in the 173rd Airborne Brigade Combat Team in Germany  and Afghanistan in 2006-2010, including 30 months as Medical Company Commander.

COL Hamilton has deployed for 39 months as a PA between Iraq and Afghanistan in support of the Global War on Terrorism since 2004. He was selected as the Army Surgeon General’s PA of the Year for 2002, and an Army Medical Specialist Corps Iron Major, is an Order of Military Medical Merit and the American Academy of Physician Assistants (AAPA) 2019 Military Service Award recipient, and   He is a proud member of the Society of Army Physician Assistants, the AAPA, and the Round Canopy Parachuting Team—USA.

COL Hamilton’s  interests include mentoring and guiding collaboration between medics, PAs and other medical professionals to improve healthcare and readiness for Soldiers and their families. Off duty, he enjoys dog training, skiing, snowboarding, teaching skydiving, WW2 re-enactment parachuting and traveling with his family.

COL Hamilton is happily married, and  has a son, who is starting  his own career.

Acknowledgments: This biography was written by LTC Amelia Duran-Stanton, MAJ Patrick Walsh, and COL David Hamilton and was submitted to the Society in September 2017 and updated in October 2020. Photographs are courtesy of COL Hamilton. 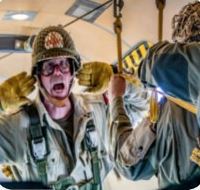 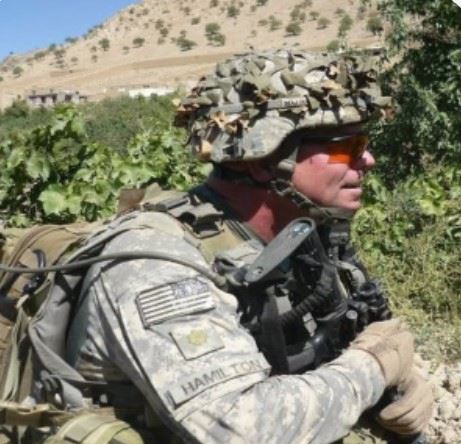