Over the course of Steve Hanson’s 37 year career as a Physician Assistant, he has exemplified the meaning of the word service to both his patients and his profession.  He is a 1981 graduate of the Stanford University Primary Care Associate Program in Palo Alto, California. Steve has always practiced in Bakersfield, California.  His career started in the Kern County Health Department where his duties included patient care as well as public health planning.  This inspired him to pursue additional education and he earned his Bachelor of Arts in Public Administration from California State College, Bakersfield in 1987.  He then completed a Master of Public Administration in 1993 where he studied health care reform at California State University, Bakersfield.

Steve’s career focus changed once again to Occupational Medicine where he practiced for almost 10 years until starting his own corporation which allowed him to continue practicing in many different fields.  He worked at The Burn Center at San Joaquin Community Hospital from 2009 to 2017.  He practices full time in plastic and reconstructive surgery, as well as in general surgery.

For the average PA having this busy clinical life may seem like enough, but Steve is not an average PA.  In the early 1990’s he became involved in leadership activities within the California Academy of PAs and the American Academy of PAs.  He served as CAPA Vice President in 1993 then became President-elect the following year, continuing his board service as President in 1995.  He has been a California delegate to the AAPA House of Delegates every year since 1992.  He soon realized his passion for policy making and was chosen to serve on a House Reference Committee for two years.  This led to his being chosen to serve on the AAPA Professional Practice Council.  It was during his years of service on this council where he feels he made one of his biggest contributions to the profession by being the lead author of the Guidelines for Ethical Conduct of the PA Profession. His leadership path continued forward as he was elected Second Vice Speaker in 2000 and went on to be elected AAPA Speaker of the House/Vice President in 2002.  He held this position for three years. He worked tirelessly in his role to make the House more efficient and improve the workings of the House.

An unlikely and unwelcome event led to his election as AAPA President-elect by the House of Delegates in 2008.  One of his closest friends, Paul Robinson, who was the AAPA President-elect, died suddenly and unexpectedly. Steve has the unique distinction and honor of being the only AAPA President elected by the House of Delegates.  It was difficult to fill Paul’s shoes, but he did an excellent job.  He was in office when the US Congress passed the Affordable Care Act which recognized and included the profession as vital members of the health care team.  He was very proud of his participation in the process of its passage.

Steve has received significant awards and honors for his contributions to the PA profession, including the AAPA House of Delegates Outstanding Service Award and the Kern County Outstanding PA of the Year Award.

When not involved with patient care or professional politics, he spends his time with his children and grandchildren.  He is an avid hiker and loves to spend time in the national parks, particularly Yosemite National Park,  near his home.

Acknowledgments: This Biographical Sketch was prepared by members of the PAHx Board of Trustees. Biography was updated on May 29th, 2018. Photographs were provided by Mr. Hanson and from the PA History Society’s archives. 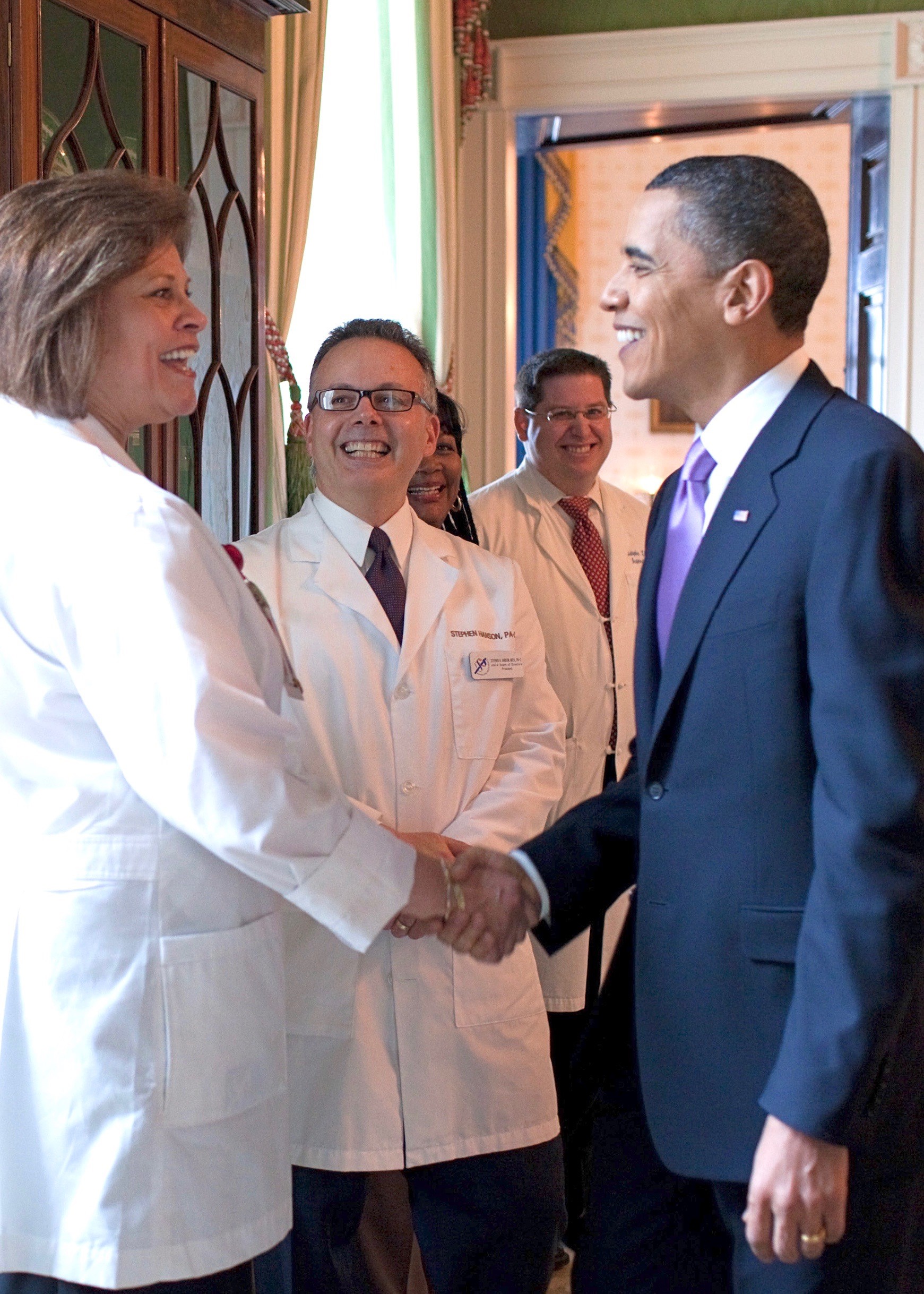