Robert C. Hill Jr., DMSc, MPA, BSc, PA-C, was a “first” in many roles and opportunities throughout his career as a physician assistant. He was the first African-American male in the Johns Hopkins PA Surgical Residency’s inaugural class (2004-2005).  In 2016, he founded the first ARC-PA accredited PA program in Richmond, VA at South University – Richmond Campus. Dr. Hill was the first Orthopedic PA in the Bon Secours Richmond Health System and he was in the first class of Lynchburg University’s Doctor of Medical Science program.

As a child, Dr. Hill was influenced by many role models within his own family: his father, a Naval Officer; mother, a pharmacist; and his uncles, who were physicians. In high school, he served at his local volunteer rescue squad after becoming an Emergency Medical Technician where he truly developed a love for acute patient care.  In 1999, Dr. Hill received his undergraduate Biology degree from the Virginia Commonwealth University, and after graduation he became a pharmaceutical sales representative. At that time he had never heard about the Physician Assistant profession, however he began to see firsthand how adept PAs could impact their patients’ healthcare access and delivery in the inpatient and outpatient settings.  Those first PAs Dr. Hill was introduced to early in his career truly inspired and encouraged him to acquire his Masters in Physician Assistant Studies at Eastern Virginia Medical School in 2004.  Dr. Hill completed his Physician Assistant Surgical Residency at Johns Hopkins Hospital Physician Assistant Surgical Residency in 2005, and he recently attained his Doctor of Medical Science from Lynchburg University in 2018.

After graduating PA school, Dr. Hill worked as a Cardiac Surgical PA at John Hopkins Hospital (2005-2006) and later as a Surgical/Critical Care PA at Holy Cross Hospital (2006-2008).  In 2007-2010, he worked concurrently as an Emergency Room PA at Continental Emergency Services LLC and as an Orthopedic PA at Bon Secours Richmond Health System. In 2009, Dr. Hill was promoted to Chief Orthopedic PA at Bon Secours Virginia. His duties included supervision of Mid-level Providers and acting as the Orthopedic Fracture Care Coordinator for Bon Secours’ Orthopedic Division. He participated in Virginia Employment Commission hearings and grievances, created protocols for practice within the Orthopedic Division, and operated as the Orthopedic Surgical First Assistant. Dr. Hill became the Director of Allied Health Professionals at Bon Secours Virginia Health System in 2011. While in this position, Dr. Hill achieved his Executive Education Certificate from the University of Notre Dame’s Mendoza College of Business, which helped him implement new leadership principles into his daily practice.

Dr. Hill was drawn to PA education due to his commitment in sharing his gift of medical knowledge. He never forgot how his professors and preceptors inspired him to pursue a medical career and helped him realize his dream of becoming a clinician.  Although, Dr. Hill had never worked in PA education or academia, his clinical experiences and tenacity to succeed was unshakeable. He felt he owed future students the same gift of medical education that he had received in becoming a physician assistant.  Dr. Hill became the founding Director and an Assistant Professor at the South University – Richmond Campus PA program in 2014. The program was the first PA program in Richmond, Virginia. Dr. Hill was responsible for PA program development, selecting and training all faculty and staff, and adhering to the ARC-PA and University Standards. Since transitioning back into clinical practice from the position in 2017, Dr. Hill has been working as the Local Medical Examiner for the Virginia Department of Health and as the Orthopedic Trauma Physician Assistant at HCA Chippenham Hospital.

Acknowledgments: This biography was prepared by Michelle Schabowski, with the assistance of Dr. Robert Hill, PA-C and was submitted to the Society in December 2019. The photographs are courtesy of Dr. Hill. 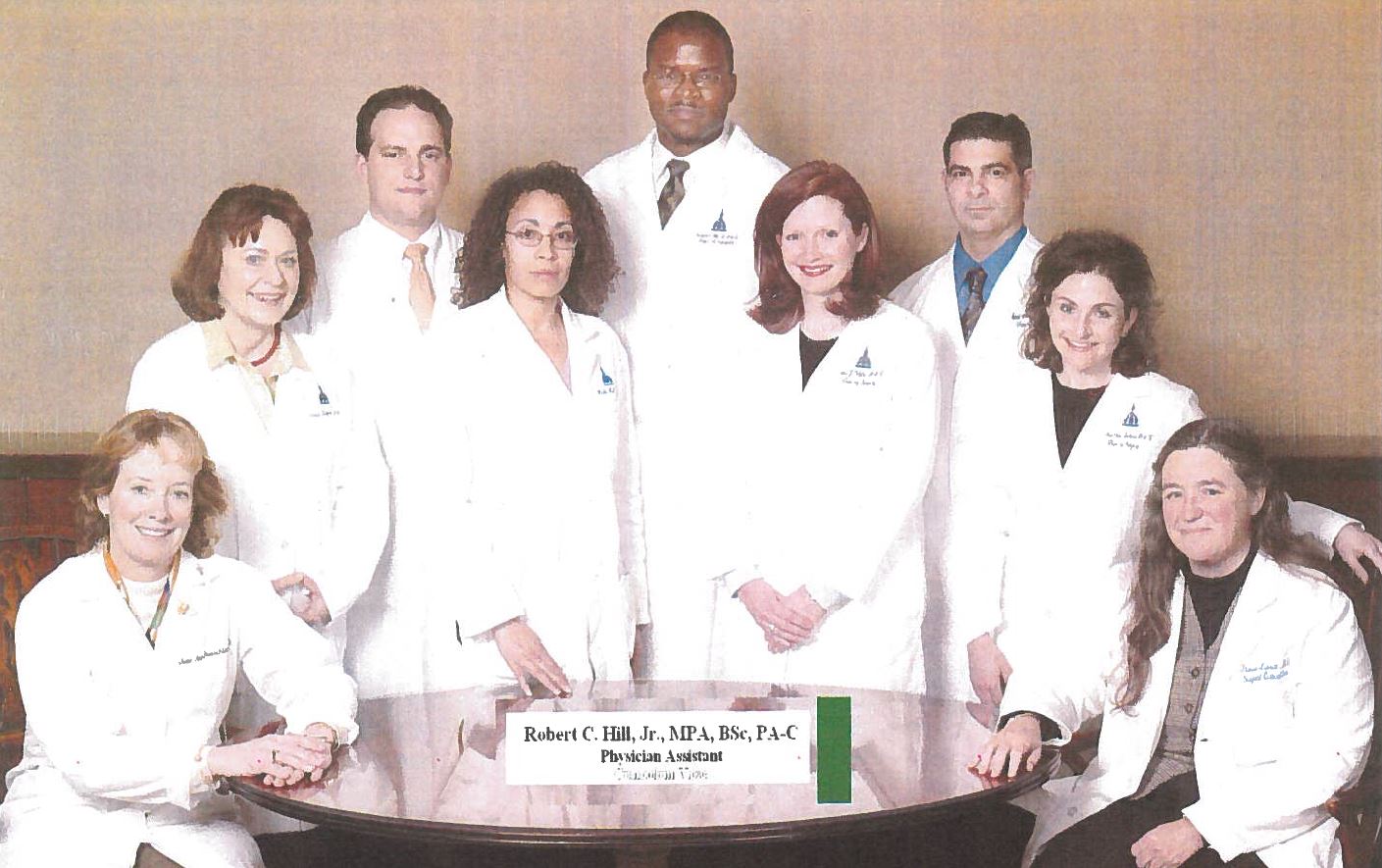 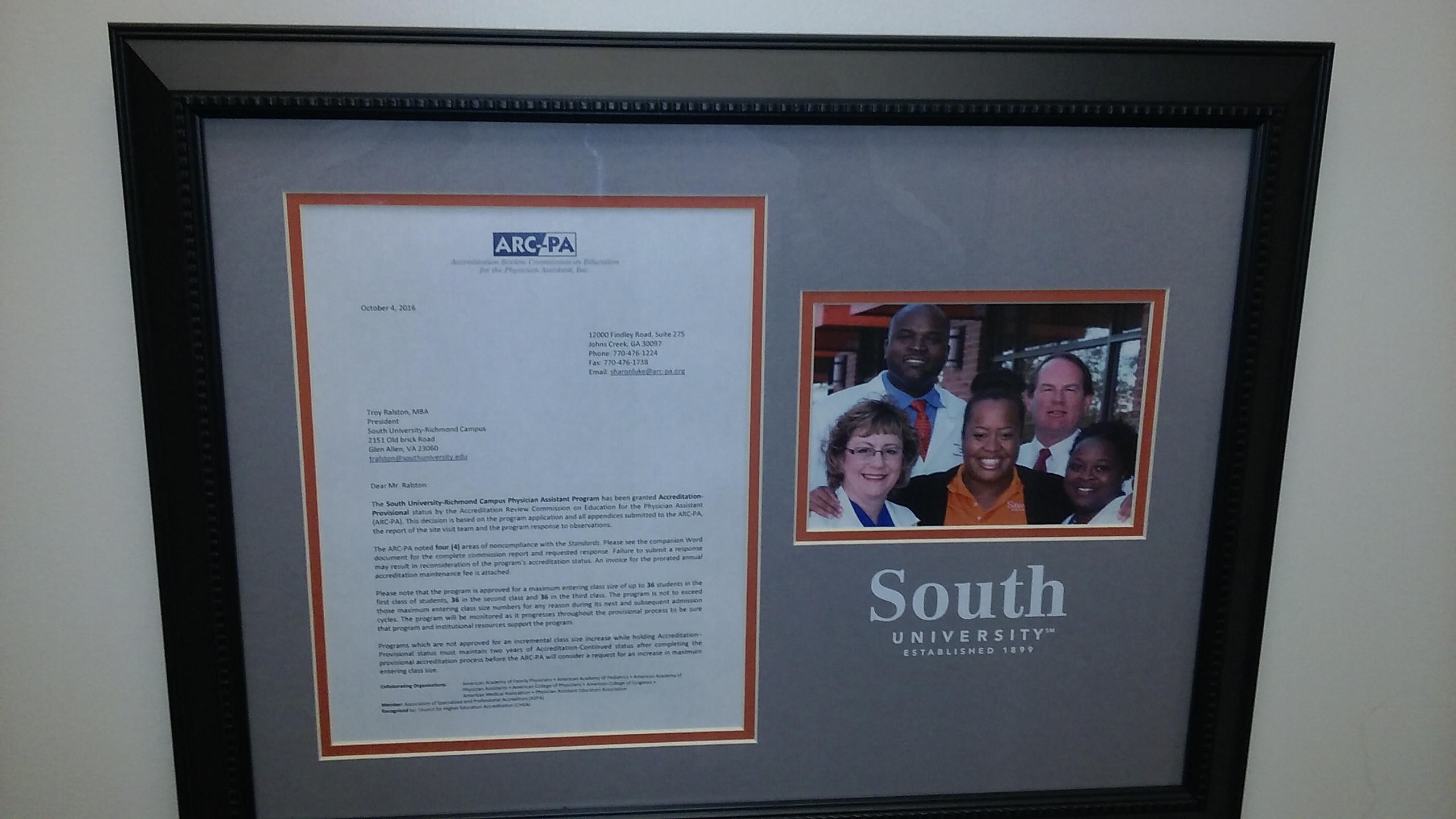 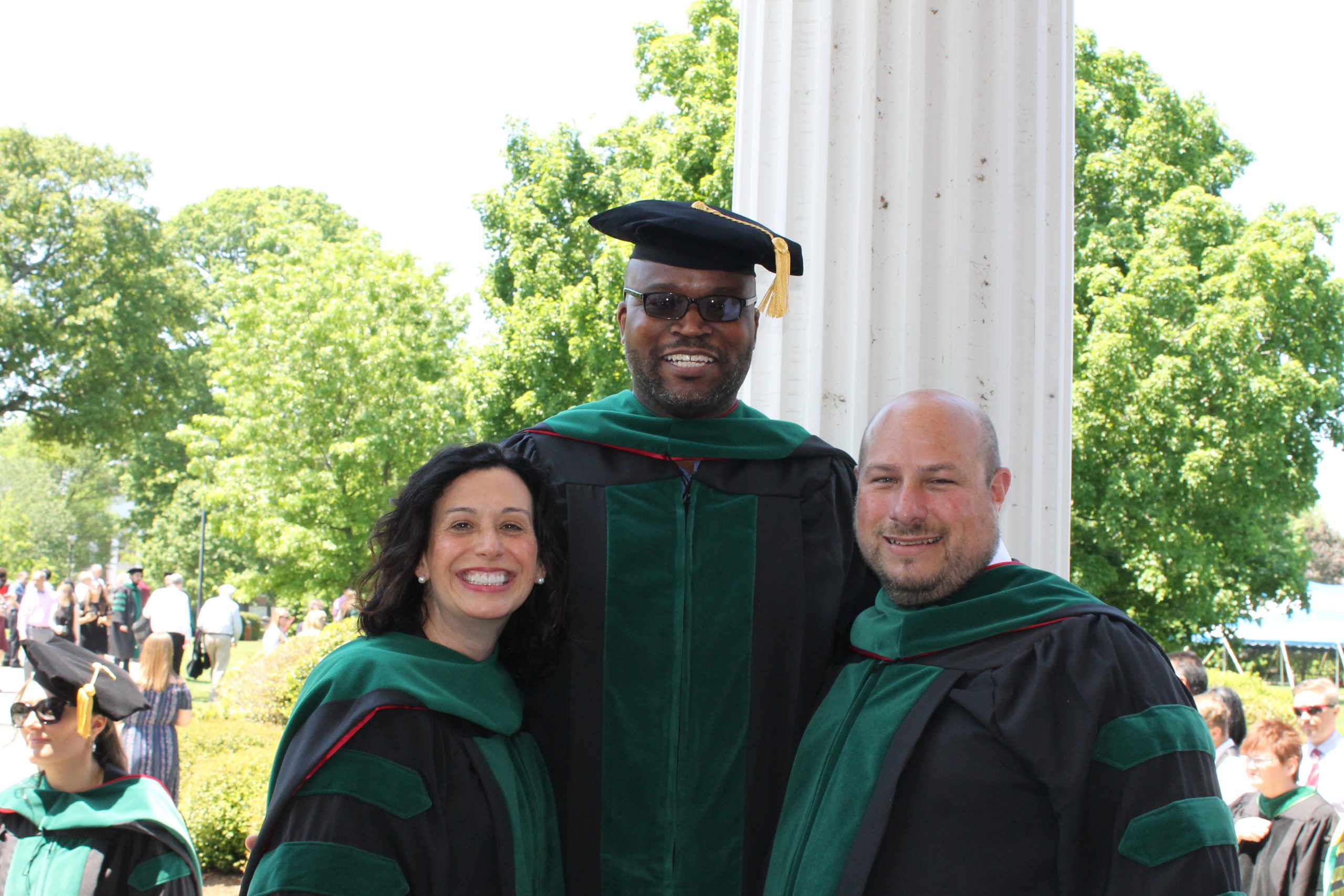 Dr. Robert Hill graduating with his Doctorate of Medical Science, 2018