In 1976, Mr. Keller graduated from the U.S. Army Baylor University Military PA program, Waco, TX and was awarded the “A” Proficiency Professional Designator by the Surgeon General of the Army. He also holds a Bachelor of Arts degree in Management Healthcare from Park College, Parkville, MO (1979), and a Master of Public Health degree from The George Washington University, Washington, D.C. (1989). Mr. Keller was a board certified Primary Care PA by the National Commission on Certification of Physician Assistants, Inc. (NCCPA) from 1977 until his retirement.

Throughout his career, Mr. Keller has played an integral role in PA education and program planning, and has made notable contributions to the PA profession. He was selected as the first U.S. Army PA for service in the White House Medical Unit (WHMU), during the first and second terms of the Reagan Administration (August 1984-September 1998), replacing George McCullough, the first PA assigned to the WHMU during the Carter Administration. While working part-time as a PA, primarily in the areas of ambulatory, urgent, and primary care, he also held positions as an instructor and private consultant for O’Gara Protective Services, Inc., in Chantilly, VA (1988- 1995).

From 1988-1989, Mr. Keller accompanied former American Academy of Physician Assistants (AAPA) President Ron Nelson, PA-C, to Trenton, NJ to testify before the New Jersey Board of Medicine on legislation to allow the licensing of PA’s in New Jersey, which resulted in the enactment of licensure in 1991. Mr. Keller also served as the PA Consultant to the U.S. Army Surgeon General and acted as the ombudsman to gain commissioning of Army PA’s (1988-1994). With the commissioning (February 1992), he became the first Assistant Chief, and Chief, Physician Assistant Section, of the Army Medical Specialist Corps (AMSC). He established the Department of PA Studies, and PA educational program within the school of Allied Health Sciences at East Carolina University in Greenville, NC (1994-June 1997), and assisted in establishing a PA educational program at South University in Savannah, GA (1998). He also served as the coordinating consultant for the Program Assistance and Technical Health (PATH) Program for the Association of Physician Assistant Program (APAP), now the Physician Assistant Educational Association (PAEA). Consultants from PATH assisted colleges and universities in establishing PA educational programs.

In addition to serving on various committees, Mr. Keller has been a member of numerous professional societies, including Distinguished Fellow of the American Academy of Physician Assistants (DFAAPA, since 1977) and a fellow of the Society of Army Physician Assistants (SAPA). In 1992, SAPA presented Mr. Keller with the prestigious Robert Scully Memorial Award for outstanding service to the military PA profession.

As an active professional at various organizations, Mr. Keller served as Director, Board of Directors and Representative of the Department of Defense (1990-1993), Vice Chairman (1993), Chair, Strategic Planning Committee (1993-1994), and Member, Subcommittee on Evaluation (1990-1994) of the NCCPA. He also chaired the Government Affairs Council of the AAPA (1991-1993) and was honored by the AAPA as the recipient of the PA Awareness Achievement Award and the Outstanding Military PA of the Year, and by the Association of Military Surgeons of the United States as the recipient of the Outstanding PA of the Year Award.

A well-published author, Mr. Keller’s research interests and activities are centered on understanding adult learning and curriculum development. As an active member in his community, he serves as Area Director, Denver Football Officials Association (DFOA) (2011-Present).

Mr. Keller currently lives in Highlands Ranch, CO and works as a PA for OccMed Colorado, LLC since 2010. He also serves on the Board of Directors of the Colorado Physician Health Program (since 2010). He has three sons (Jay, Jon, and stepson Alex). His wife, Debra, is a retired Army Colonel.

Acknowledgments: This biography was written by Delilah Tine, with the assistance of Jim Keller and edited by Deborah Altherton Gerbert, and was submitted to the Society in June 2015. The photographs are courtesy of Mr. Keller save for the banner photograph, which is courtesy of the PA History Society. 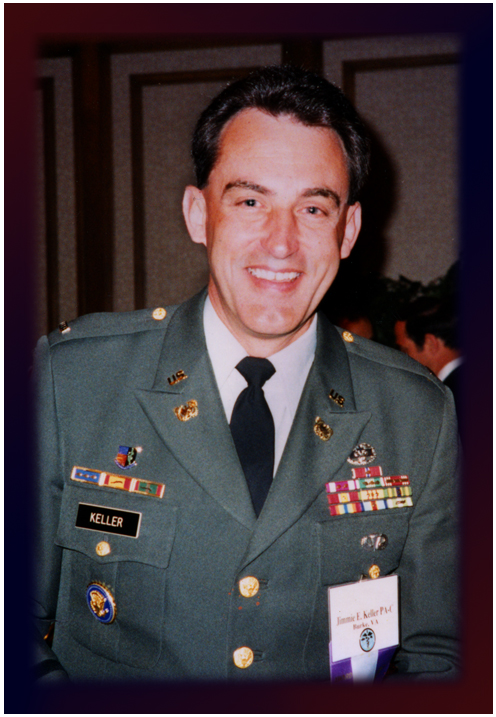 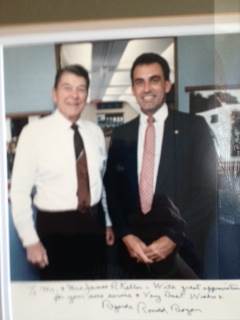