Charles Claude Lewis (1943- ), DHSc, MPH, PA, a native of Charleston, South Carolina, received his Bachelor’s of Charles C. Lewis, DHSc, MPH, PAPhilosophy/Biology from the Newberry College of South Carolina and his Certificate in Medicine from the Duke University Physician Assistant Program in Durham, North Carolina. He received a Master of Public Health (MPH) in Epidemiology from the University of South Carolina and Doctor of Health Sciences degree (DHSc) in Global Health from Nova Southeastern University Dr. Lewis’s contributions to patient health care extend from the military, the classroom, the examination room, and environmental health.

Dr. Lewis served in the US Navy from 1961-1964 as a hospital corpsman, and from 1964-1982, he served in the Naval Reserve as an E-7 hospital corpsmen. Additionally, he served as a physician assistant warrant officer from 1982-1983, and was then commissioned an Environmental Health Officer Commanding Officer in the 4th Marine Division Force Service Support Group Medical Battalion Preventive Medicine Section from 1983-1998. He retired from the Navy as Commander in October 1998.

Dr. Lewis has had a remarkable career in PA education, and has been educating physician assistants and other health care providers since 1972. As a faculty member at the University of Texas Health Science Center in Dallas, he worked as an instructor and clinical coordinator from 1972-1974. He also held the position of associate faculty member at the Medical University of South Carolina Physician Assistant Program (1974-1976) and Richland Memorial Hospital, Columbia, South Carolina (1978-1982). Dr. Lewis has been an assistant professor at the Medical College of Georgia PA Program (1992-1996), Nova Southeastern University PA Program (1996-2000), Nova Southeastern University Public Health Program (2002-2004) and the Methodist College PA Program (2005). He also was a clinical assistant professor at the East Carolina University PA Program (1996-2000).

During 1982-1984, Dr. Lewis was a practicing PA in family medicine at Richland Memorial Hospital. From 1984-1992, he assumed the position of environmental quality manager in the emergency response section and then as a project manager in the division of health hazard evaluation for the South Carolina Department of Health and Environmental Control.

Currently, Mr. Lewis is an assistant professor at Nova Southeastern University’s College of Health Care Sciences, a position he’s held since 2006. He is also an active member of SCSERV Medical Reserve Corps, a South Carolina emergency response team, in the epidemiology section, as well as a north region leader of the Community Emergency Response Team (CERT) for Lexington County, South Carolina. 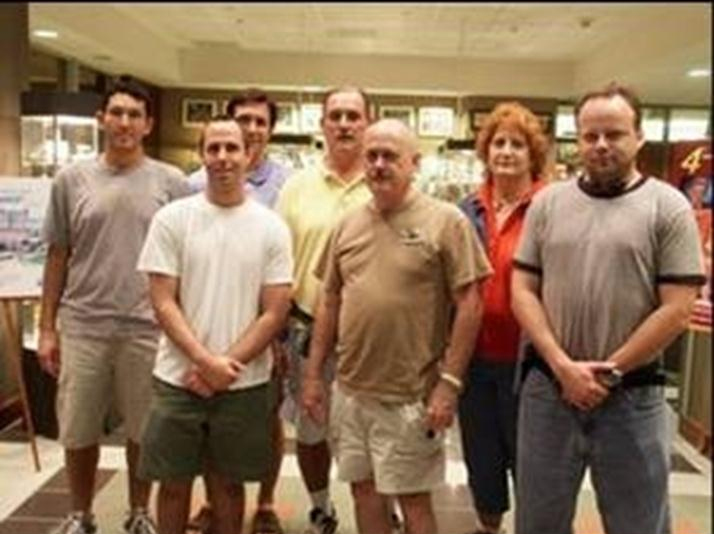 Charles C. Lewis and his wife Merri at Navy Ball, 1998