John McCarty became the full-time Executive Director for the Accreditation Review Commission on Education for the Physician Assistant (ARC-PA) on October 1, 2004. At that time, the ARC-PA corporate office relocated from Marshfield, WI to Johns Creek, GA.

Prior to the move, Mr. McCarty worked for the Marshfield Clinic in Marshfield, WI. Employed there since 1974, he served initially as a Physician Assistant in the Department of General Surgery, primarily in pediatric surgery and surgical oncology. For the last 23 years of his clinic duties, he worked in medical education primarily in administrative roles, the last several as the Administrative Director for the Marshfield Clinic Division of Education. His responsibilities included oversight of programs in Graduate and Student Medical Education, Continuing Medical Education and Corporate Education. Under a special contract, he also served as part-time Executive Director for the ARC-PA beginning in 1991. Previously he served six years, four years as Treasurer, of ARC-PA.

He has been an active participant and held multiple leadership positions in the PA profession, medical education and accreditation. His involvement with PA program accreditation spans more than 29 years, the last 23 as the Executive Director.

During his tenure, the number of accredited programs under ARC-PA has grown from 54 to 187 with an additional 8 Postgraduate Clinical Programs and a projected 80 more PA programs in the planning stages. The ARC-PA is a recognized programmatic accrediting agency by the Council for Higher Education Accreditation. This growth and recognition led to the John E. McCarty, PA, MPASnecessity of establishing the freestanding corporate office in Johns Creek, Georgia adjacent to the NCCPA and recently the PA History Society.

His clinical interests include EMT and first responder training and the prevention and treatment of farm related injuries. Of his numerous memberships the one he treasures most was being one of the first PAs to be invited into the Boondocks Medical Society.

He is a graduate of both the Cuyahoga Community College Physician —Surgeon Assistant Program (1974) and the Marshfield Medical Foundation Physician Assistant-Primary Care Program (1981). He received his MPAS degree from the University of Nebraska in 2001. He and his wife Patricia Ann, a Registered Nurse, have two grown children.

Acknowledgments: This biography was prepared by John McCarty with the editorial assistance of Alfred M Sadler, Jr MD and was submitted to the Society in June, 2013 (last edited in June 2014). Both photographs were provided by John McCarty. 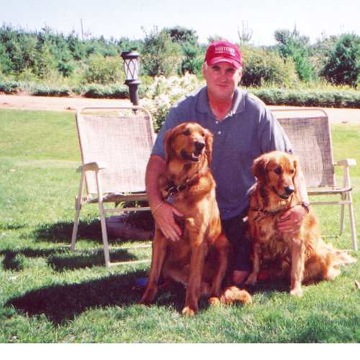