Dr. Daniel (Dan) McNeill is a recognized scientist, educator and mentor. As Director of the Physician Associate Program and Professor in the Department of Family & Preventive Medicine at Oklahoma University (1994 to 2013), McNeill used his background as a basic medical scientist and as a physician assistant to improve the curriculum and advance the status of the PA Program at the University of Oklahoma (OU). Because of his dual background, he was able to teach both basic and clinical sciences to his PA students. In addition to his academic role, McNeill worked clinically in the Department’s family medicine clinic one day a week and did 48-60 hour shifts one weekend each month at a rural emergency room. Concurrently, he was active in the Oklahoma Academy of Physician Assistants, serving four terms as President and two decades as the organization’s legislative coordinator.

A native North Carolinian, McNeill enrolled in 1976 in the School of Forestry at North Carolina State University (NCSU), Raleigh, NC. While a student at NCSU he held a part-time job at the National Institute of Environmental Health Sciences where he developed a passion for medical science. During his senior year at NCSU, he switched his major to zoology and was accepted after graduation in 1980 into the physician assistant program at Wichita State University. Two weeks after graduating from PA school in 1982, his love for science lead him to begin his doctoral studies in anatomy at East Carolina University (ECU), Greenville, NC. Even though he passed the NCCPA initial certifying examination in 1982, his focus during these formative years was on developing his research and teaching career.

After earning his PhD in Anatomy from ECU in 1986, McNeill spent the next two years at a post-doctoral fellowship at the Marine Biomedical Institute in Galveston, Texas. In 1988 he accepted a position as a research neuroscientist in the Department of Anatomical Sciences at the OU College of Medicine. In addition to his research, he taught anatomy to first year PA, medical and dental students. After a ten year hiatus from being a clinician, McNeill decided to reenter the medical field. In1992, he passed the NCCPA initial certifying examination a second time, gained state licensure and began moonlighting at odd clinical jobs.

In 1993, the position of Director of the OU Physician Associate Program became available. Following a national search, he was selected for the job and began his nineteen year career as program director in 1994. It was at this time that he felt his dual preparation as a PA and scientist found confluence.

McNeill’s thirty year career has produced many notable outcomes. Close to a thousand PA students enrolled and graduated during his tenure as program director. Under his guidance, the program achieved a 99% pass rate on the NCCPA certifying exam with classes performing around the 90th percentile. McNeill spearheaded revisions to the Oklahoma Physician Assistant Practice Act multiple times with a complete rewrite in 2015. He served as a test writer and member of the NCCPA’s Physician Assistant National Certifying Examination Committee and as a NCCPA commissioner (2002-2009). He served on the Drug Utilization Review Board, Oklahoma Health Care Authority and on the Oklahoma Senate Task Force on Managed Care, the Oklahoma House of Representatives Patient-Centered Medical Home Task Force and the Governor’s Opioid Prescribing Guidelines Workgroup. He is a former trustee of the PA History Society (2008-2011).

McNeill retired from Oklahoma University in 2013. However, recognizing the need for more PAs in Oklahoma, his retirement was short lived. He was asked to develop a new PA program at Oklahoma City University (OCU) to be opened in 2015. McNeill continues to work clinically in urgent care and currently volunteers as Board Chair of the largest charitable clinic in downtown Oklahoma City. His family consists of his wife Kelly of seventeen years and children Emily, Jessica, Ashley and Michael.

McNeill has received numerous awards and certificates of appreciation for his teaching, research and mentoring roles at OU. The Oklahoma Academy of Physician Assistants has bestowed upon him the Roger Whitaker Award (1998), Lifetime Achievement Award (2003), the President’s Service Award (2008) and the Humanitarian Award (2013). He received a Commendation for Dedicated Service from the Rural Health Association of Oklahoma (2001), the Governor’s Commendation, State of Oklahoma (2009) and the American Academy of Physician Assistants, Board Commendation (2010).

Acknowledgments: This Biographical Sketch was prepared by Reginald Carter with the assistance of Dan McNeill and submitted to the PA History Society in August 2015. The photographs are courtesy of Dr. McNeill. The banner photograph shows McNeill with Lauren Wood standing beside the charitable clinic’s mobile unit. 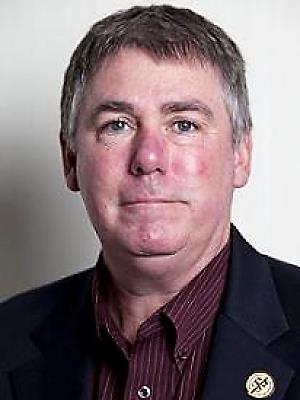