If James Richard “Rick” Milam’s life were a movie, the opening shot would be of a young man with his surfboard standing at the edge of the ocean staring at the waves. Moments later he would turn away from the ocean, climb aboard his motorcycle and take off to become part of a then unknown and new profession called physician assistant. The adventure has been quite a ride for him and fortunate for those PAs who saw their future in surgery.

Mr. Milam was born in Clarksville, Tennessee, but the family soon moved to Pensacola, Florida. The opportunity for growth in what was then a small-town atmosphere encouraged family, sports, education, community organizations and youthful entrepreneurship. This last endeavor would prove important to the PA profession.

He left home and obtained a BS Degree at the University of Alabama in 1975. Leaving his last day of work at the biology building as a student assistant to a PhD candidate, he saw a posting for a Surgeon’s Assistant Program at the University of Alabama-Birmingham (UAB). He applied and was accepted into the program which was founded by cardiac surgeon Dr. John Kirklin. Dr. Kirklin envisioned that PAs could be trained to assist in surgery; Mr. Milam had found his life’s work. After graduating in 1977, he left the warm comfort of the South for the more unpredictable weather of Detroit, Michigan. He spent three years in the Cardiothoracic Surgery Program at Henry Ford Hospital. It was here that he had a very special opportunity to accompany the department chairman, Dr. Don Magilligan, to establish a pediatric cardiac surgical program in Rabat, Morocco. He spent six months in Morocco working with Dr. Magilligan.

This experience opened the door for new opportunity, and Mr. Milam moved to Orlando, Florida in 1980 to work in a busy private cardiovascular surgical practice that performed 3,200 surgical cases in 1989. It was during this time that he met fellow surgical PA, John Byrnes. This was at a time that surgical PAs felt under-represented nationally. Together, Mr. Milam and Mr. Byrnes started planning a new professional group of PAs who worked in cardiovascular surgery. With the support of 20 like-minded PAs around the country, the Association of PAs in Cardiovascular Surgery (APACVS) originated. He would go on to serve as President from 1985-1989 and then the Executive Director from 1990-1995. It was during this time that he worked with the AAPA to help secure the reimbursement for PA services in assisting at surgery. This paved the way for the Medicare reimbursement that would extend to all PAs for their services.

In 1989, Mr. Milam moved to Lynchburg, Virginia to work for Lynchburg Cardiothoracic Surgery. It was here that he recognized that surgical practices across the country were becoming desperate to attract qualified PAs to work in surgery. He then began Surgical PA Consultants/Milam & Associates whose desire was to provide recruiting and advertising services for practices looking to employ PAs specialized in surgical fields.

Mr. Milam is now retired. He and his wife enjoy spending time with the families of his two children, as well as traveling throughout the United States and abroad. He has left his motorcycle behind these days – instead he’s lacing up hiking boots to take on parts of the Appalachian Trail. He heads up his family’s ancestral search for relatives that began with Thomas Mylam moving into Virginia in 1760 and includes Benjamin Rush Milam who lost his life at one of the battles leading up to the Alamo. Mr. Milam has not walked away from the PA profession or medicine yet. He is an Adjunct Professor for the University of Lynchburg PA Medicine Program. His legacy is secured by the tremendous growth of PAs in surgery. Mr. Milam’s efforts were recognized by being a recipient of the John W. Kirlin MD Award for Professional Excellence from the American Association of Surgeons Assistants (now American Association of Surgical PAs) and the Award for Distinguished Service given by the APACVS – originally known as the J. Richard Milam PA-C Award for Distinguished Service.

Acknowledgments: This biography was prepared by Steve Wilson, with the assistance of Rick Milam, and was submitted to the Society in December 2019. The photographs are courtesy of Mr. Milam. 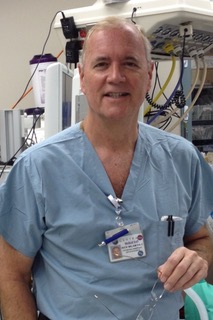 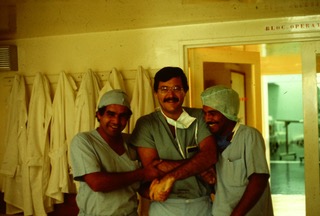