David Mittman, DMSc (HD), PA, DFAAPA, has been a leader and advocate for PAs and later NPs for more than forty-five years. He served as a medic in the Air Force Reserves and later enrolled in the Long Island University (LIU) Brooklyn Hospital Center Physician Associate program graduating in 1975. As a student he helped establish the LIU PA Program Student Society. He is a founding member of the New York State Society of Physician Assistants (NYSSPA), and served as its president in 1979. From 1981 to 1983, Mittman served on the board of directors for the American Academy of Physician Assistants (AAPA) and would later become president of the organization (2019-2020). As AAPA president, he was able to provide leadership during the COVID-19 pandemic. In 1990, Mittman and two partners formed Clinicians Publishing Group to publish Clinician Reviews and Clinician News.

Mittman was born in Brooklyn, N.Y. in 1952, spent his formative years there, and graduated from Canarsie High School. After two years in college, Mittman joined the Air Force Reserves and on no volition of his own was trained as a medic, becoming an aeromedical evacuation specialist. While in training he worked with a number of PAs, saw and liked what they did, and decided to pursue a career as a PA. As a newly graduated PA, he talked himself into a position at Flatbush Medical Group. He spent 9 years with the Group in primary care in Brooklyn, N.Y. and was one of the first PAs involved in a Health Insurance Plan (HIP) to manage his own panel of patients. He left to begin a career in medical publishing with Physician Assistant Journal, which, at the time, was the official journal of the AAPA. As a member of the Air Force Reserves and as President of the NYSSPA, Mittman advocated for the commissioning of PAs on active duty in the US Air Force. It was later however that the US Air Force Reserves recognized PAs and accepted them into their ranks. Mittman did arrange to work as a PA while in the Reserves while at summer camps, the first PA to do so. Mittman was awarded hospital privileges at Andrews Air Force Base Hospital in April 1976. He worked hard to improve the legal climate for effective PA practice in New York. He also became active in getting legislation passed in New Jersey, calling for a march of PAs on Trenton, the NJ State Capital. The march took place on October 13, 1989 and with the support of the AAPA and many other groups, over 500 PAs from across the nation joined the march, parading and rallying on the steps of the State House. New Jersey passed PA enabling legislation in 1992 and PA prescribing legislation in 1997. For his part in the march, Mittman received the AAPA Public Education Award in 1990. In October 2008, Mittman was honored by the New Jersey State Society of PAs with its “Lifetime Achievement Award”. He was also honored earlier with the same award by the NY State Society of PAs.

The first issue of Clinician Reviews was released in February 1991 with Mittman as co-owner, publisher and co-founder. It was heralded as a new publication for physician assistants and nurse practitioners; a joint venture of Clinicians Publishing Group, Clifton, NJ and Williams and Wilkins, Baltimore, MD; designed to help keep non-physician providers abreast of the latest advance in medicine, as reported in the research literature and at major medical meetings. Mittman and his partners, one of whom was Tom Yackeren, PA-C, took Clinicians Group and built it into a major publishing business by launching eight journals in six different physician specialties within an eight year period, something never done before in the history of medical publishing. In 2001, Clinicians Group was acquired by Jobson Publishing.

Mittman has authored over 60 papers in publications as diverse as Chicken Soup for the Expectant Mother’s Soul (2000), U.S. Pharmacist (2002), The British Medical Journal (2002) and others. His co-authored paper in the BMJ was the first international paper written by PAs about PA practice. In 2007, he successfully trained as a Life Coach. Together with some close NP and PA colleagues, he co-founded the American College of Clinicians (ACC) which was a national professional organization representing both NPs and PAs. Mittman strongly believes that NPs and PAs must work together to insure a better future for both professions. Accordingly, he has spoken numerous times to NP and PA groups about the future of both professions. The ACC was an ad hoc organization, and once its mission of bringing NPs and PAs closer together was accomplished, it disbanded. In 2009, Mittman and a partner developed an online web community named Clinician 1 that had, at one time, over 40,000 members. It was acquired by another company in 2015 and closed down in 2019. He was instrumental in the founding of PAs for Tomorrow, a national PA advocacy and representative organization. Mittman served as president elect of the AAPA in 2018 and as president of the organization from 2019 until 2020. In 2020, Mittman was awarded an honorary Doctorate in Medical Sciences degree by the trustees of Lynchburg University in recognition of his years of service to the PA profession.

Mittman and his wife Bonnie have been married for over 47 years and have two children: Max is a gifted artist and Artemis is a paralegal. Mittman has been a supporter of the PA History Society and has donated personal papers and other items of historic interest. 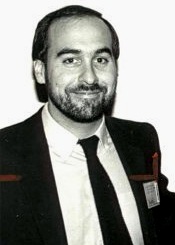