Dr. Kenneth Moritsugu is the President and Chief Executive Officer of First Samurai Consulting, LLC, a firm specializing in health consulting focused on public health systems and policies, “putting the patient at the center of everything we do.”

Rear Admiral Moritsugu was the Acting Surgeon General of the United States, in 2002 and again from July 2006 until his retirement from the Commissioned Corps of the US Public Health Service (USPHS) in September 2007. As Acting Surgeon General, he served as the nation’s top doctor, communicating the best available science and information to the American people to help protect, promote, and advance their health and safety. He was the operational commander of the 6,500 Commissioned Corps health professionals. A career officer in the USPHS for 37 years, he served as the Deputy Surgeon General of the United States from 1998. In these roles, he was responsible for the development and issuance of twenty major documents from the Office of the Surgeon General.

Dr. Moritsugu was born and raised in Honolulu, Hawaii. After attending Chaminade College for two years, he received his Baccalaureate Degree with Honors in Classical Languages from the University of Hawaii in 1967, his MD from the George Washington University School of Medicine in 1971, and a Master of Public Health in Health Administration and Planning from the University of California, Berkeley, in 1975.

Dr. Moritsugu has been a leader in the physician assistant profession since his tenure as Director of the Division of Medicine of the DHHS, from 1978 through 1983, when he supported the emerging group of new health professionals with grants for PA programs. As the Director of the National Health Service Corps from 1983 through 1987, he assigned PAs to NHSC sites including community health centers, as integral members of the health care team. Subsequently, as the Assistant Bureau Director and Medical Director of the Federal Bureau of Prisons, he was instrumental in establishing the key role of physician assistants in correctional health. He was responsible for the commissioning of the first PA in the US Public Health Service in 1989. He was appointed a Lifetime Member of the American Academy of Physician Assistants in May 1997. In May 2000, he received the Lifetime Achievement Award from the Veterans Caucus of the AAPA, and was designated a Lifetime Member. In May 1993, he received the President’s Award from the AAPA. After several terms on the board of the Physician Assistant Foundation, he received the distinction of Emeritus Trustee in 2002. In his role as Deputy Surgeon General, and Surgeon General of the United States, he continued to champion and to advance the concept of the PA in local, community, and national venues.

A member of Alpha Omega Alpha, Delta Omega, and Omicron Delta Kappa, Dr. Moritsugu is Board Certified in Preventive Medicine; holds Fellowships in the American College of Preventive Medicine, the Royal Society of Public Health, the Royal Society of Medicine, and the National Academy of Public Administration; and is a Certified Correctional Health Professional. He is an Adjunct Professor of Global Health at the George Washington University School of Public Health, and Adjunct Associate Professor of Preventive Medicine at the Uniformed Services University of the Health Sciences.

Acknowledgments: This biography was prepared by Dr. Moritsugu, with editorial assistance by Alfred M. Sadler Jr., MD, and submitted to the PA History Society in August 2016. The photo is courtesy of Dr. Moritsugu. 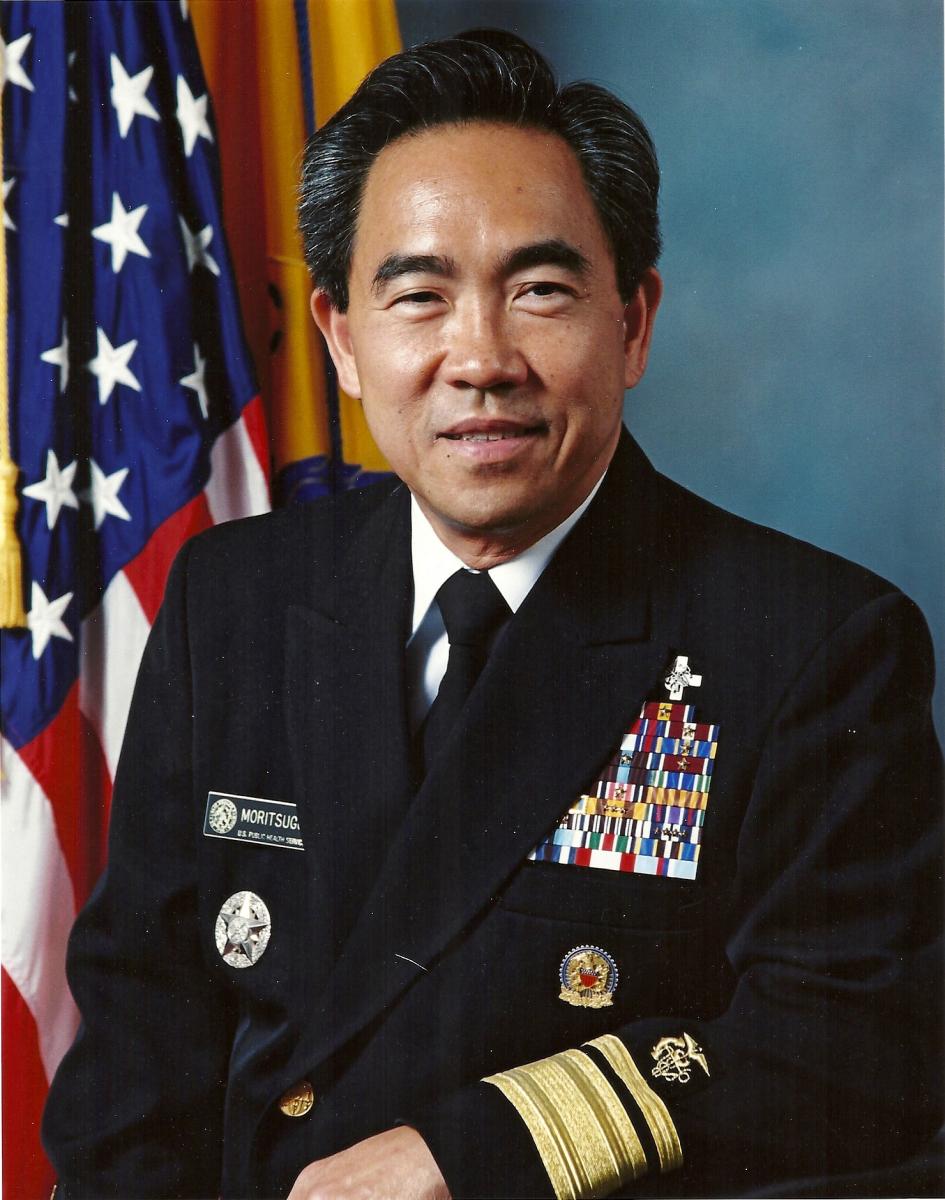