Ron L. Nelson, founder of Health Services Associates, was a recognized expert in the area of reimbursement and physician payment.  He was a pioneer, advocate and driving force for the physician assistant profession.  He worked diligently with his fellow colleagues to implement model practice legislation in the state of Michigan.  He advocated for the first two PA Programs established in Michigan at Western Michigan University and Mercy College of Detroit.  He served in many capacities for the Michigan Academy of Physician Assistants and was the organization’s president in 1983-1984 and served on the Board of Directors for Molina Health Care of Michigan.  He was a gubernatorial appointee to the Michigan Board of Osteopathic Medicine and was twice honored as Michigan’s Outstanding PA of the Year.  He received a President’s Award in 1983.  He was an Honorary Lifetime Member the Michigan Academy of Physician Assistants when he passed away in 2011.

As a national leader, Nelson launched a successful nationwide grassroots campaign to save the Rural Health Clinic program from being eliminated by Congress in 1996.  Due to these efforts there are now over 3500 clinics providing medical care to the underserved patients across rural America.  Nelson taught and mentored PA students enrolled at Western Michigan University, Grand Valley State University and Central Michigan University’s Physician Assistant Programs.  He was known for his expertise on reimbursement making presentation to small clinics, hospitals and large medical practices across the United States. Nelson served two distinguished terms as President of the American Academy of Physician Assistants (1987-88; 1998-99) and as the second elected President of the Physician Assistant History Society (2003-04).

Clinically, Nelson was passionately committed to preserving and improving the health of the patients he served. He always made time for people and did not turn anyone away. He was particularly loved by his Amish patients, who especially appreciated his house calls.  He loved the agrarian lifestyle, his horses and spending time in the western mountains.

Ron L. Nelson passed away on June 11, 2011 at the age of 58.  With his death, the PA profession lost one of its most avid supporters who befriended and mentored many of today’s leaders.  He was a dedicated husband, father, grandfather, friend, PA, teacher and mentor.  No one could ask for a life so well lived.  Kortnie A Karp, PA-C, who worked with Nelson in family practice for Spectrum Health in Grant, Michigan, recalls Nelson telling her to “treat all patients with respect and dignity, truly as if they are your own family member.”  The Michigan Academy of Physician Assistants established a scholarship award in his honor in 2012.

Acknowledgments: This biography was written by Reginald Carter and was submitted to the Society in July 2016.  The portrait photograph is courtesy of Mr. Nelson.  The photograph above the biography of Dr. Eugene Stead, Jr. and Ron Nelson is courtesy of the Physician Assistant History Society, AAPA Digital Photographical Collection.  Information for this biography was obtained from an AAPA House of Delegates Resolution passed in 2012, a tribute from his PA colleague, Kortnie Karp (see http://www.pasconnect.org/a-tribute-to-ron-l-nelson-pa-c/0 and several online obituaries. 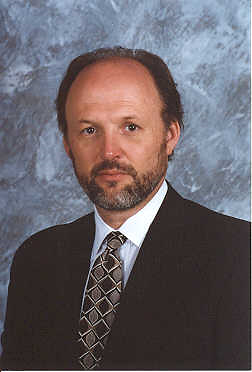