John Victor Notabartolo is the embodiment of Dr. Eugene Stead’s idea:  to train people with military experience to deliver health care to patients.  Born in 1964,  Notabartolo began his career in the U.S. Air Force in 1987 as a Precision Measurement Equipment Laboratory Specialist, earning an Associate of Applied Science degree in Electronic Engineering Technology in 1993.  His tasks included calibrating equipment used in every phase of maintenance by utilizing exacting attention to detail as he took measurements in increments as small as millionths to ensure machines and aircraft would be safe to operate.  He would go on to serve the Air Force in active duty for 21 years.

Wanting to broaden his Air Force horizons, after he heard about the Physician Assistant concept, he applied and was selected to attend the inaugural class of the Interservice PA Program at Fort Sam Houston, Texas.  He graduated in 1998 with a baccalaureate degree from the University of Nebraska Medical Center, later earning a Masters of PA Studies in 1999.  Retiring after achieving the rank of Major, he obtained the degree of Doctor of Medical Science (DMSc) at the University of Lynchburg, Virginia in 2019.

As a PA in the Air Force, Notabartolo’s first duty station was in the Family Medicine clinic at Nellis Air Force Base, Las Vegas, Nevada, where he cared for active duty military members, retirees, and their families.  He became one of the first PAs to work in research at the Air Force Research Lab at Brooks AFB in San Antonio, Texas.  Notabartolo was one of the first AF PAs to gain qualification to examine officers in Flight Medicine.  For example, he would examine pilots biannually so they could continue their careers flying jet planes.  He was selected to attend the Flight Surgeon primary course at Fort Rucker, Alabama, a position only held by AF physicians until that point in time.  He went on to work in the Flight Medicine Clinic at Brooks and Nellis Air Force bases.

His professional life was jump-started in 2001 when he attended his first AAPA conference in Anaheim, California as a delegate to the AAPA House of Delegates as a representative of the Society of Air Force PAs (SAFPA). He became secretary/treasurer and president of the SAFPA and also continued as a delegate to the House of Delegates.  He later served on the AAPA Nominating Committee for 6 years, serving twice as chairperson.

After leaving active duty in the Air Force in 2008, he found a niche in dermatology in Las Vegas, Nevada.  He became an active leader in the Society of Dermatology PAs, was elected as delegate to the AAPA HOD, director at large, vice president, and then president of that organization.

He married LeAnne Rupprecht at the beginning of his Air Force career in 1987 and he credits her with helping to expand his opportunities on bases in Spain, the Eastern U. S., Texas, Nevada,  and almost anywhere a runway beckoned.

Acknowledgments: This biography written by Maryann Ramos, MPH, PA-C Emeritus, with assistance from John V. Notabaraolo , DMSc, PA-C, and was submitted to the PA History Society in March, 2020. All photographs are courtesy of Dr. Notabartolo. 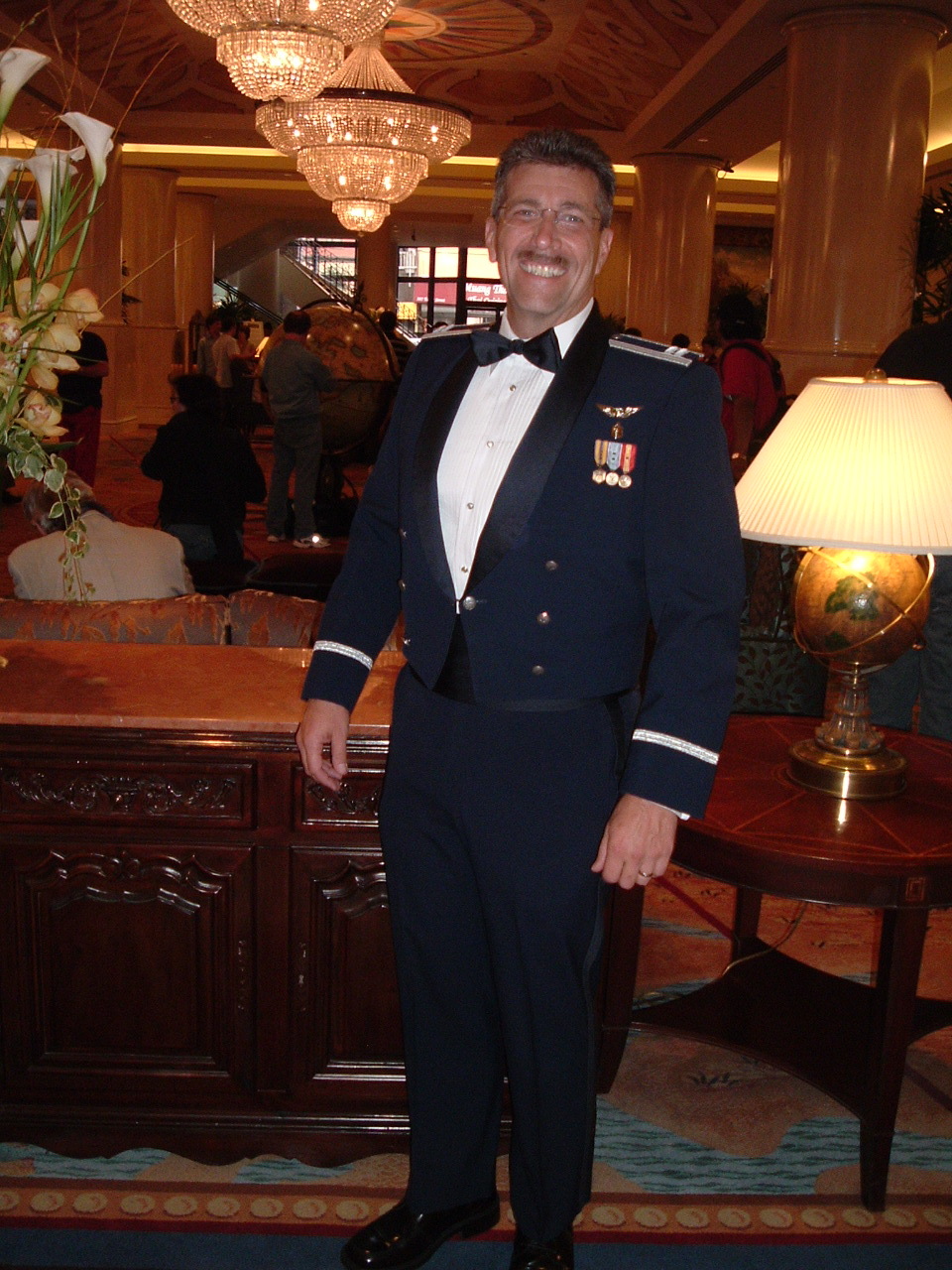