Dr. Denis Oliver served as president of the Association of Physician Assistant Programs (APAP) in 1984-1985. It was during this time that he compiled the First Annual Report on Physician Assistant Educational Programs in the United States. He continued analyzing data obtained from PA Programs and writing the APAP Annual Reports until 1995. In addition, he published a number of articles and chapters on the PA profession. His publications investigating patient and physician satisfaction with PAs, the academic performance of PAs and medical students trained inter-professionally, and PA salary factors including gender differences were some of the first that addressed these issues. Oliver devoted nearly 30 years of his academic career to the Physician Assistant program at the University of Iowa. From the program’s inception in 1972 until his retirement in 1997, Dr. Oliver taught PA students and for more than 20 years directed the program. In 1985, the APAP (now PAEA) bestowed upon him their Distinguished Service Award in recognition of his numerous contributions to the PA Profession.

Oliver was born in Santa Barbara, CA and attended El Camino College and graduated from California State University at Long Beach. He continued his education and received a Ph.D. degree in zoology and biochemistry in 1971 from the University of Iowa. While completing post-doctoral work at the University in 1972, he was asked to teach biochemistry to the first class of physician assistant students enrolled in the University’s newly established PA program. He found the PA students highly motivated learners and became passionate about teaching them and advocating for their profession, much needed in rural Iowa. He served as the associate director of the PA program from 1973 to 1976 and then was named program director 1976. In 1995, he assumed additional responsibilities as head of the Division of Associated Medical Sciences in the University of the Iowa Carver College of Medicine.

A fifth-degree black belt (Godan), Oliver was a passionate practitioner of Shorin-Ryu karate since 1974, and led his Iowa City dojo to be among the most highly respected and prolific dojo in the region. His karate practice was an integral part of his life and personal traits: discipline, focus, an intense work ethic, and attention to detail.

Oliver suffered a tragic cerebral hemorrhage in June 2004. He died January 19, 2010 and is buried in Lompoc, California. An endowed scholarship fund was established in 2008 at the University of Iowa to honor his legacy and many years of service as teacher, researcher and administrator. The fund provides tuition support for deserving University of Iowa PA students.

Acknowledgments: This biography was prepared by Reginald Carter with the assistance of Richard Dehn and was submitted to the Society in October, 2012. The banner photograph is courtesy of the PA History Society. It is of Dr. Oliver as APAP president at the 1985 AAPA conference. The second photograph is courtesy of the University of Iowa. Much of the information for this biography comes from information provided for the Denis R. Oliver Endowed Scholarship Fund that can be accessed here. 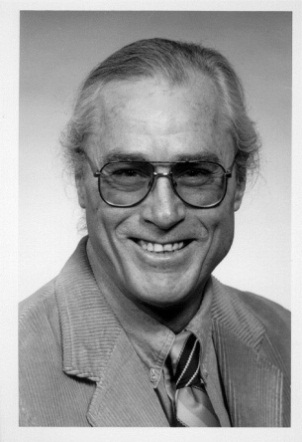