Amiel Redfish is a Native American born in South Dakota, and is a graduate from the Indian Health Service (IHS) in Phoenix, Arizona, program in Physician Assistant Studies. During his distinguished career, Mr. Redfish first worked as a medical laboratory technician and a radiology technologist while earning his education as a physician assistant.

After completing his PA education, Mr. Redfish worked with the USPHS Indian Health Service in Arizona and South Dakota from 1975-1989, and then moved to Arlington, SD, and performed the duties of a physician assistant. From 2003 to his retirement in 2010, Mr. Redfish became the sole owner and operator of the Arlington Medical Clinic.

Mr. Redfish has served as a member of numerous health professional boards and committees throughout his career, and has received numerous honors and awards. Including, Outstanding Service Award for the USPHS Indian Health Service in ’72 and ’77; named as the South Dakota PA of the Year in 1997 by the South Dakota Academy of Physician Assistants (SDAPA) and also received the Dr. Robert Hayes Award -SD Rural Medical Practitioner of the Year in 1998. (Dr. Hayes was instrumental in the development of physician assistants across the State of South Dakota). Mr. Redfish was also the recipient of the American Academy of Physician Assistants (AAPA) Rural PA of the Year, Paragon Award in 1999. And in 2011, he received the Distinguished Service Award from the SDAPA, elected to the State of South Dakota Hall of fame, and received the AAPA Veterans Caucus Civilian PA of the Year Award.

Mr. Redfish has served on several community boards, community development, foundations, museum, chamber of commerce and currently is serving his seventh term as Mayor of the City of Arlington, SD. Mr. Redfish also served on many committees within SDAPA and provided valuable instruction for our future physician assistants both in classroom and the clinical settings.

Acknowledgments: This biography was written by Gloria Stewart, EdD, PA, with the assistance of Mr. Redfish, and was submitted to the Society in May 2015. The photographs are courtesy of Mr. Redfish and are included in the PA History Society’s digital still image collection. 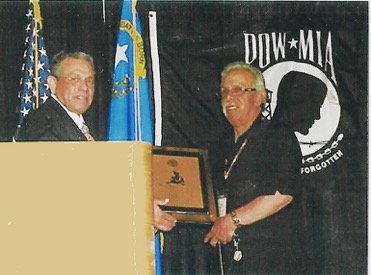