Mr. Louis Richard Rocco was an early PA and the essence of what the profession stands for. He enlisted in the US Army and went on to serve 2 tours in Vietnam and eventually complete a 22 year Army career. His two tours in Vietnam were from November 1965 to 1966 and November 1969 to May 1970. He trained in the basic medical school in Fort Bragg, NC and served as a medic with the 11th Airborne engineer battalion. On May 24, 1970, serving as a member of the medical advisory airborne team, he accompanied a medical evacuation team on an urgent mission to evacuate 8 critically wounded personnel from the Army of the Republic of Vietnam. In the course of the mission their helicopter was hit and crashed. Despite being wounded, with burns and broken bones, he repeatedly went back to the crash site and extracted the wounded and unconscious crew members to safety, while taking on enemy fire. Once they were rescued, he administered first aid to them until he became unconscious from his own injuries. He was directly responsible for saving the lives of 3 of the crew members.

For this act of self-sacrifice in the face of danger, despite his own severe injuries, he was awarded the Congressional Medal of Honor by President Gerald Ford on December 12, 1974.

Mr. Rocco was a graduate of the first class of the US Army’s Academy of Health Sciences at Fort Sam Houston. He retired from the Army in 1978 as a Chief Warrant Officer Two. He then pursued a business degree at the University of New Mexico while working in an emergency room at night as a PA. He encountered many Vietnam veterans during his work and organized the first Vietnam Veterans organization in New Mexico. He was later asked by the Governor of New Mexico to head the Veterans Affairs office for the state.

During the Desert Shield/Desert Storm conflicts he returned to active duty service in 1991 and worked as a PA in the medical clinic at Fort Sam Houston. He enjoyed spending time with and training the new medics. He inspired them to be diligent in their studies, as other lives were going to depend on their knowledge and actions.

Mr. Rocco died of lung cancer in San Antonio in 2002. He was survived by his wife, Maria; two sons, Roy and Brian Rocco; one daughter, Theresa Rocco; his mother, Lita Rocco and five grandchildren.

Because of his years of service to the local community, a youth center in San Antonio is named in his honor, the Louis Rocco Youth & Family Center. 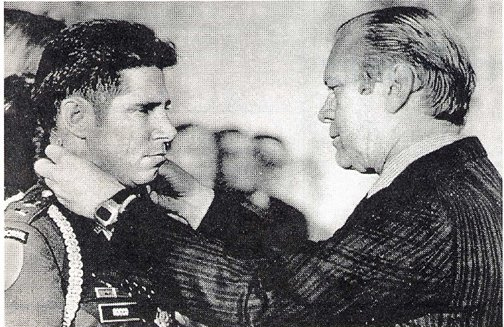 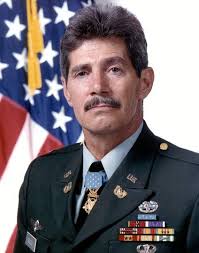