Paul Grant Rogers (1921-2008), a lawyer and long-term Congressman from Florida, supported the education and use of PAs during the formative years of the profession.  As the powerful chair of the House Subcommittee on Health and the Environment, he was an avid supporter of Title VII legislation that provided funds for PA educational programs.  He collaborated with Dr. David Sundwall, staff director of the US Senate Labor and Human Resources Committee, to assure continued funding throughout the 1970s.  Rogers and Sundwall worked closely with Dr. Hilmon Castle and Bill Wilson from the University of Utah MEDEX PA Program and with Dr. Richard Smith from the University of Washington MEDEX PA program to assure that federal legislation included funding for PA initiatives.  Dr. Smith recalled in an interview that “Our contacts with Congressman Paul Rogers and his contributions in the health area were critical to success in finding resources for funding.  I’m not sure how long the federal funding lasted, but that was a major accomplishment.”  Wilson and Rogers enjoyed taking fishing trips together; not a bad way to stay in contact with what was going on in Congress.

Rogers was born in Ocilla, Irwin County, GA, June 4, 1921; obtained a BA from the  University of Florida, Gainesville, FL (1942); served in the United States Army (1942-1946); and attended George Washington University School of Law, Washington, DC but actually graduated with a JD from the University of Florida, Gainesville, FL (1948).  He practiced law until he was elected to fill an empty seat left in Congress when his father, US Representative Dwight L. Rogers, died.  Rogers, a democrat, was reelected to eleven succeeding Congresses (January 4, 1955-January 3, 1979).

He believed that everyone had a right to have access to the best possible healthcare.  He envisioned PAs as one way to meet the growing demand for healthcare services.  His many accomplishments include the passage of the National Cancer Act of 1971, which mobilized federal resources for what was termed the War on Cancer,  followed by passage of the Health Maintenance Organization Act; the Clean Air Act; the Safe Drinking Water Act; the Health Manpower Training Act; the Research on Aging Act; the Medical Device Amendments; the Comprehensive Drug Abuse Prevention and Control Act; the Emergency Medical Service Act; the Medicare-Medicaid Anti-Fraud and Abuse Amendments; and the Radiation Control for Health and Safety Act.  His subcommittee exercised oversight of the National Institutes of Health, the Food and Drug Administration and the Environmental Protection Agency.  Because of his powerful position, his colleagues in Congress referred to him affectionately as “Mr. Health.”

In 1986, Rogers helped establish and was chair of the nonprofit Friends of the National Library of Medicine (FNLM).  The organization provides the NLM a coalition of individuals, medical associations and societies, hospitals, health science libraries, corporations and foundations dedicated to furthering the NLM’s mission to enhance the exchange of medical information and research.   In 2000, Congress designated the main area in front of Building 1 on the National Institute of Health (NIH) campus in Bethesda, MD, the “Paul G. Rogers Plaza.” A marker in the plaza contains Roger’s quote “Without research, there is no hope.”

Acknowledgments: This Biographical Sketch was prepared by Reginald Carter and submitted to the PA History Society in May 2021. Photographs are courtesy of Paul G. Rogers Papers, Special and Area Studies Collections, George A. Smathers Libraries, University of Florida. Information was extracted from various Internet sources and from an article by Dennis Hevesi titled Paul G. Rogers, ‘Mr. Health’ in Congress, Is Dead at 87. (Oct. 15, 2008) New York Times.  Accessed at https://www.nytimes.com/2008/10/15/us/15rogers.html. 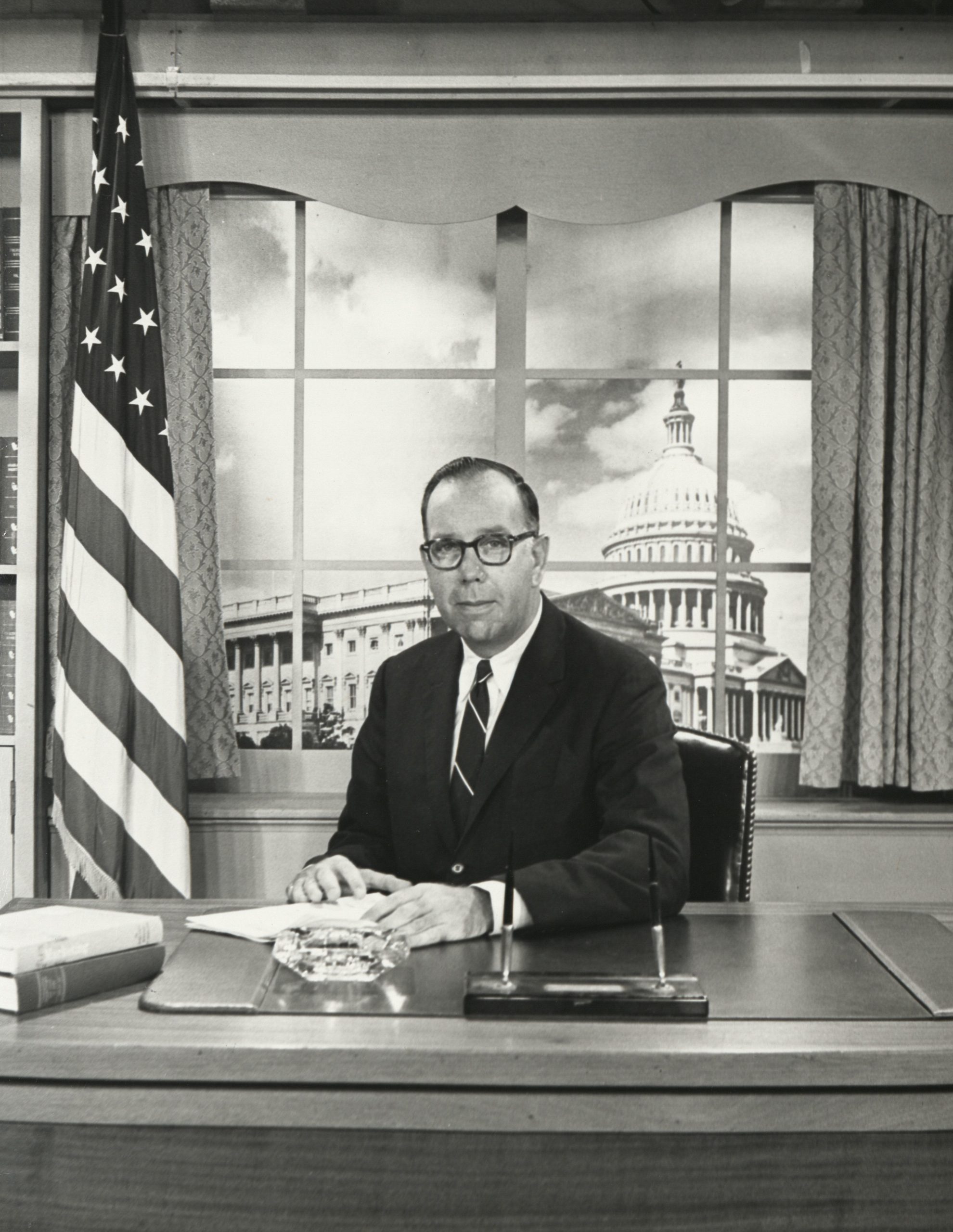 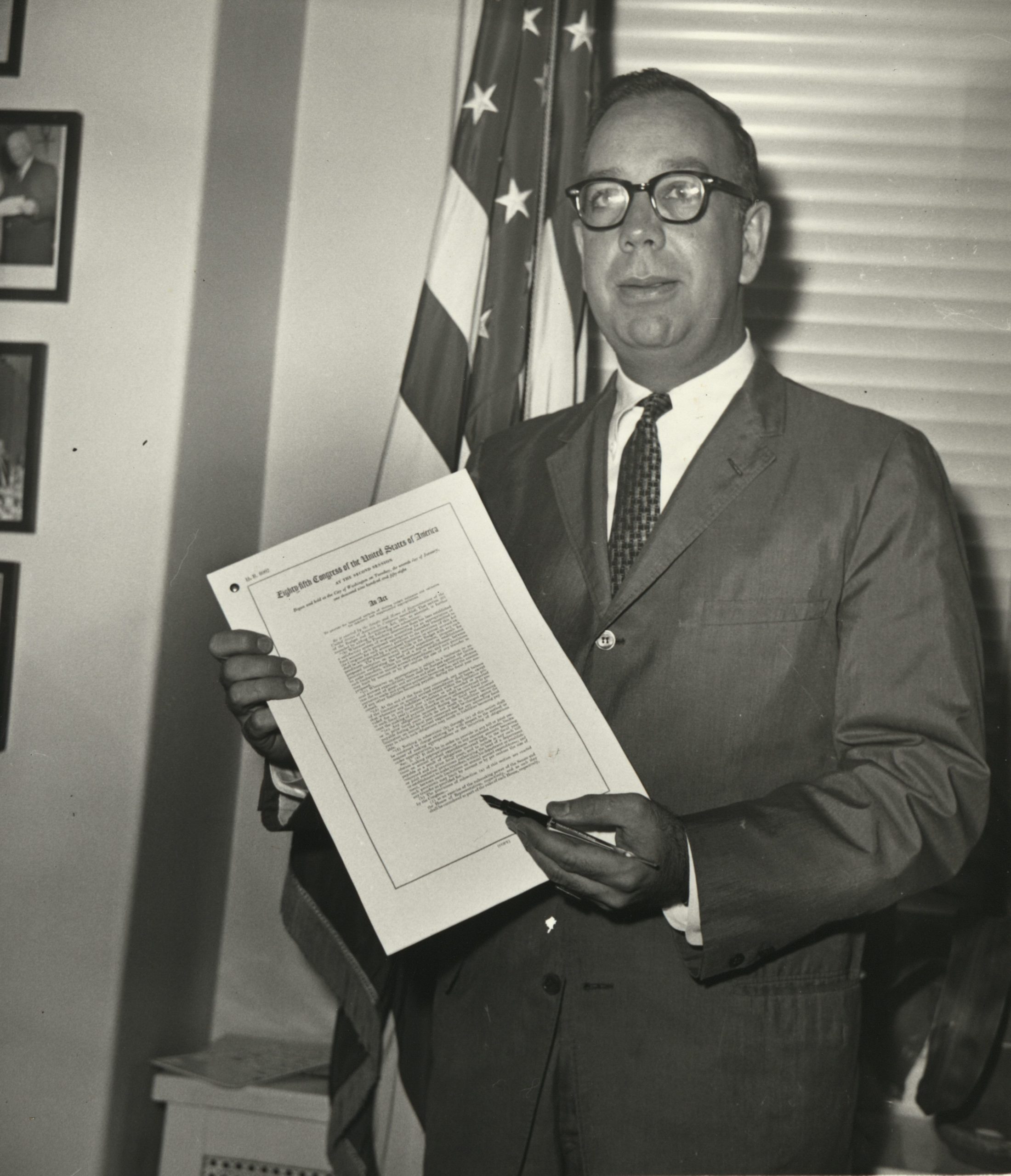 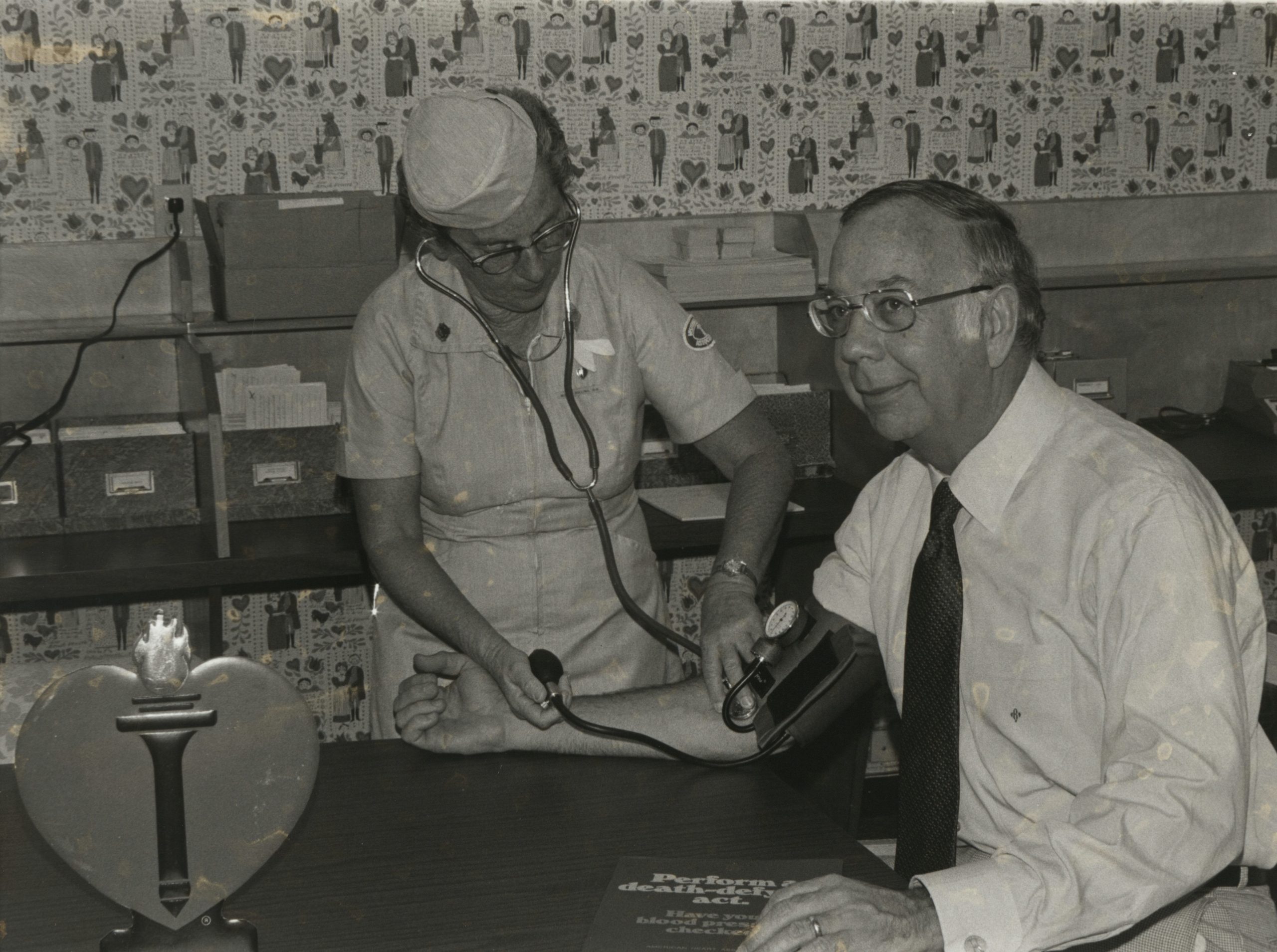