His career began with his training as a PA at Health Assistant Program at Essex Community College/Johns Hopkins School of Health Services from 1975 — 1977 where he was honored to serve as Valedictorian. Rohrs was one of the first PAs in the state of Maryland to work in the inpatient setting when he assumed a position at Northwest Hospital Center first as a staff PA for 7 years, later as senior PA for 11 years and as Administrative Director of House Staff Services, a position he held for 12 years. He later advanced to Administrative Director of Medical Affairs. Since 2005 and currently, Rohrs serves as Director of LifeBridge Medicine, responsible for the hospitalist program, the PA staff, and support services for the 700 member medical staff. He directs the PA, surgical house staff, Hospitalist, and Critical Care programs comprising over 100 inpatient clinicians.

Rohrs’ record of leadership and service to the PA profession in Maryland is unmatched. He was among early leaders of the Maryland Academy of Physician Assistants and served as President (1979 — 81) Vice-president (1989 — 90), Director at Large (1998 -2000)member of the Legislative Committee (1979 — present), and chair of Continuing Medical Education/Conference Coordinator 1981- 2005. He has served as a Delegate or Alternate Delegate from Maryland to the AAPA House of Delegates for decades. Rohrs has authored and helped to pass numerous pieces of legislation on behalf of Maryland PAs and has testified on many occasions to the Maryland General Assembly.

On the national level, Rick has a distinguished record of service in several of the major organizations of the PA profession spanning four decades. He was Chair of the AAPA Conference Planning Committee from 1984 — 85, and for several years coordinated the activities of the AAPA Annual Conference. In 1990, he was appointed as one of the AAPA commissioners to the National Commission on Certification of Physician Assistants and later served as President, Chair of the Board and interim CEO of that organization.

In the AAPA, after serving on a wide variety of committees of the House of Delegates, he was elected to the AAPA Board of Directors. On the Board, he chaired the External Affairs committee and served as the first chair of the committee on International Affairs. He was a major force in the development of AAPA policies related to the global development of the PA profession. His leadership in international development of the PA profession includes many countries and he has served as consultant on the PA profession to Great Britain, Taiwan, South Africa, the Netherlands, Canada, and Nigeria. He delivered the first commencement address for a PA program (the Netherlands) in Europe. He has participated in medical missions to Africa and his work with People to People International consisted of leadership of delegations to the People’s Republic of China, Brazil, and most recently Cuba.

In 2004, Rohrs was elected President of the American Academy of Physician Assistants and also served as Chair of the Board of Directors. He served on the PA Foundation Board and was its President for a time. He is the recipient of numerous awards including Maryland PA of the Year in 1987; the Maryland Academy of Physician Assistants Special Recognition Award; MAPA Service Award; and the MAPA Outstanding Service Award in 2009. He was named AAPA Outstanding PA of the Year in 2000 and earned distinction as a Distinguished Fellow of the AAPA in 2008. In 2015, he became the second PA to be awarded Senior Fellow of the Society for Hospital Medicine.

Rohrs holds academic appointments on the faculties of the PA Programs at the Towson University/ Community College of Baltimore County PA Program where he also chairs its Advisory Committee. He also holds or has held adjunct faculty appointments at the George Washington University PA Program and the Philadelphia College of Osteopathic Medicine PA Program. He has served as clinical preceptor and guest lecturer for multiple PA programs. He serves as consultant to PA programs in development and Chaired the Self-Study re-accreditation committee at George Washington University.

Richard Rohrs has been a leader in the development of hospital medicine within the PA profession and has pioneered in the development of hospital-based staffing that incorporates PAs in optimal roles. He is presently among the senior leadership of Lifebridge Healthcare in Baltimore, a system comprising three acute care hospitals and many ancillary services in the metropolitan area. He continues to be a thought leader within the PA profession and a widely respected senior leader in the Academy. He is one of two persons who have held the office of president in three national PA organizations with two decades of combined national board service.

Acknowledgments: This biography was written by Maryann Ramos, MPH, PA, and James Cawley, MPH, PA-C, with input from Richard Rohrs. Rohrs biography was submitted to the Society in August, 2015 and updated August, 2018. 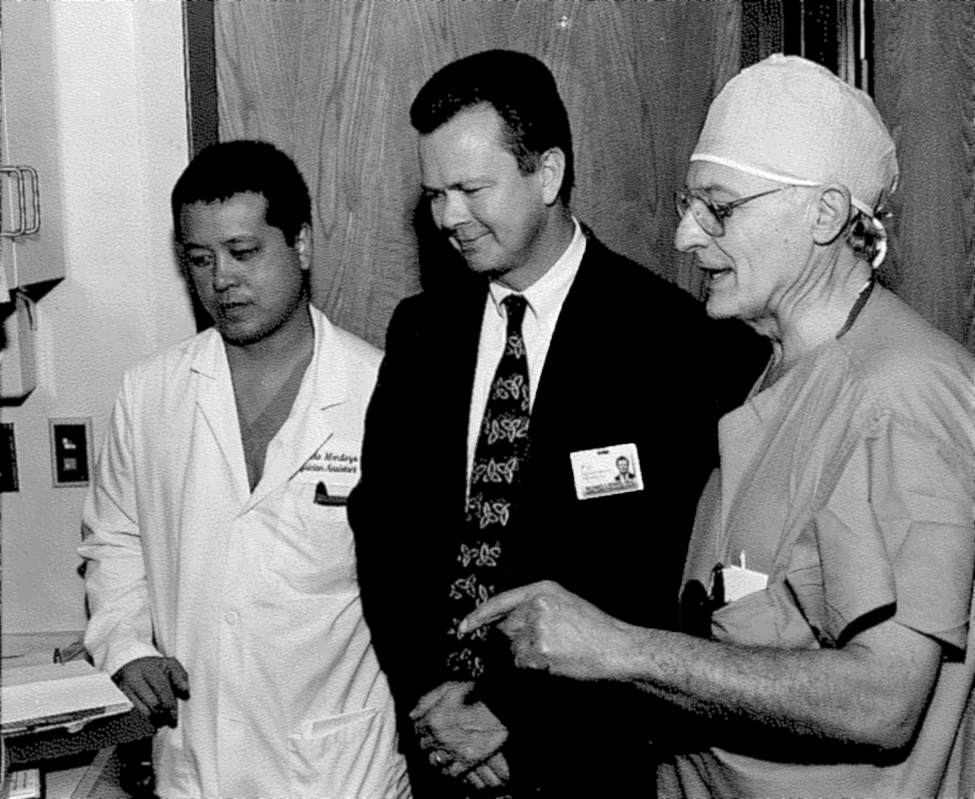