Priscilla Herrick Ruhe, BS, RPT, PA-C, MD, never set out to become either a physician assistant (PA) or a physician. However, among the early ranks of PA graduates in the 1970’s, her story embodies many issues they faced of non-acceptance, legal, reimbursement, and policy limitations. She may be considered an exemplar of the maxim, “If you can’t fight ’em, join ’em.” A compelling reason for telling her story is that little attention has been given to some early PAs who went on to become physicians, their reasons for so doing, or the influences of their PA training on their subsequent relationships with patients and colleagues. Those early PAs who undertook the additional arduous medical school education, followed by years of residency need not be viewed as failures of adequate professionalization or as PA defectors. Rather, having been a PA seems to have enriched their medical practice.

Born in 1946, Ruhe was raised and educated in Wisconsin. She received a BS in Physical Therapy at the University of Wisconsin at Madison in 1968, following which she worked for four years as a physical therapist caring for and living with the Lakota-Sioux tribes at Pine Ridge, South Dakota. In 1972, she moved to Connecticut and worked for several years as a physical therapy supervisor at Yale-New Haven Hospital. There she learned about, applied to and was accepted to the Yale Physician Associate Program, graduating in 1975. She worked in primary care at Yale-New Haven Hospital and found PAs well-received by doctors, although somewhat cautiously at first by nurses.

In 1977, she married Congregational Minister David Ruhe, Masters and Doctor of Divinity. The following year, they relocated to the heartland of America, Blair, Nebraska, where she sought a job as a PA. To her unpleasant surprise, doctors there neither understood nor approved of PAs practicing some level of medicine. As well, they were reluctant to undertake the hassle of securing institutional endorsement or formulating local legal guidelines for PA practice. She was finally hired by a private practice obstetrical-gynecological women’s health group.

As a PA, Ruhe loved patient care, but wanted greater job security and responsibility for health care policy. She applied and was accepted to the University Of Nebraska School of Medicine with the encouragement of her father-in-law Dr. C. H. William Ruhe who for many years was the Director of Medical Education at the AMA. Dr. Ruhe was an early and ardent supporter of PAs well before his son, David, married one. Although her medical school courses went into greater depth, Priscilla found them no more intellectually challenging than PA school and was admitted while a student to Alpha Omega Alpha.

After finishing a Family Practice Residency, she relocated to Des Moines, Iowa where her husband had been called to pastor another church. There, she eventually headed a primary clinic of doctors, nurse practitioners and PAs with a high-volume reimbursement system.

Ruhe describes her many years of practice as a “Doctor-cum-PA.” She especially credits her PA education for her doctor-patient skills which she required of her staff. Also, as preceptor to family practice residents, student nurse practitioners and PAs, she taught them to use their time with patients to focus, let the patient tell the story of the chief complaint, and to monitor one’s own body language for signs of the twin enemies of good health care–’impatience and indifference.” She says having been both a practicing physical therapist and a PA helped to appreciate the care by other providers and to be a better MD team player and leader.

Her wishes to be more involved health care policy as a doctor were realized as well. She was the first female president of the Medical Staff at the local hospital; became a peer reviewer for Blue Cross/Blue Shield; served as a member of the Executive Committee of Mercy East Clinic and the Medicaid Committee of the Iowa State Legislative Body.

Dr. Ruhe retired in 2012 as Medical Director of the Iowa Health Systems Mercy East Family Practice Clinic providing health care to an underserved population. Along with their professional careers, she and David raised two sons; Jonathan who is a senior analyst with the Bipartisan Policy Center at Washington, D.C., and Paul, a commercial airline pilot.

Acknowledgments: This biography was written by Ann Bliss with the assistance of Priscilla Ruhe and was submitted to the Society in November 2013. The photographs are courtesy of Dr. Ruhe. 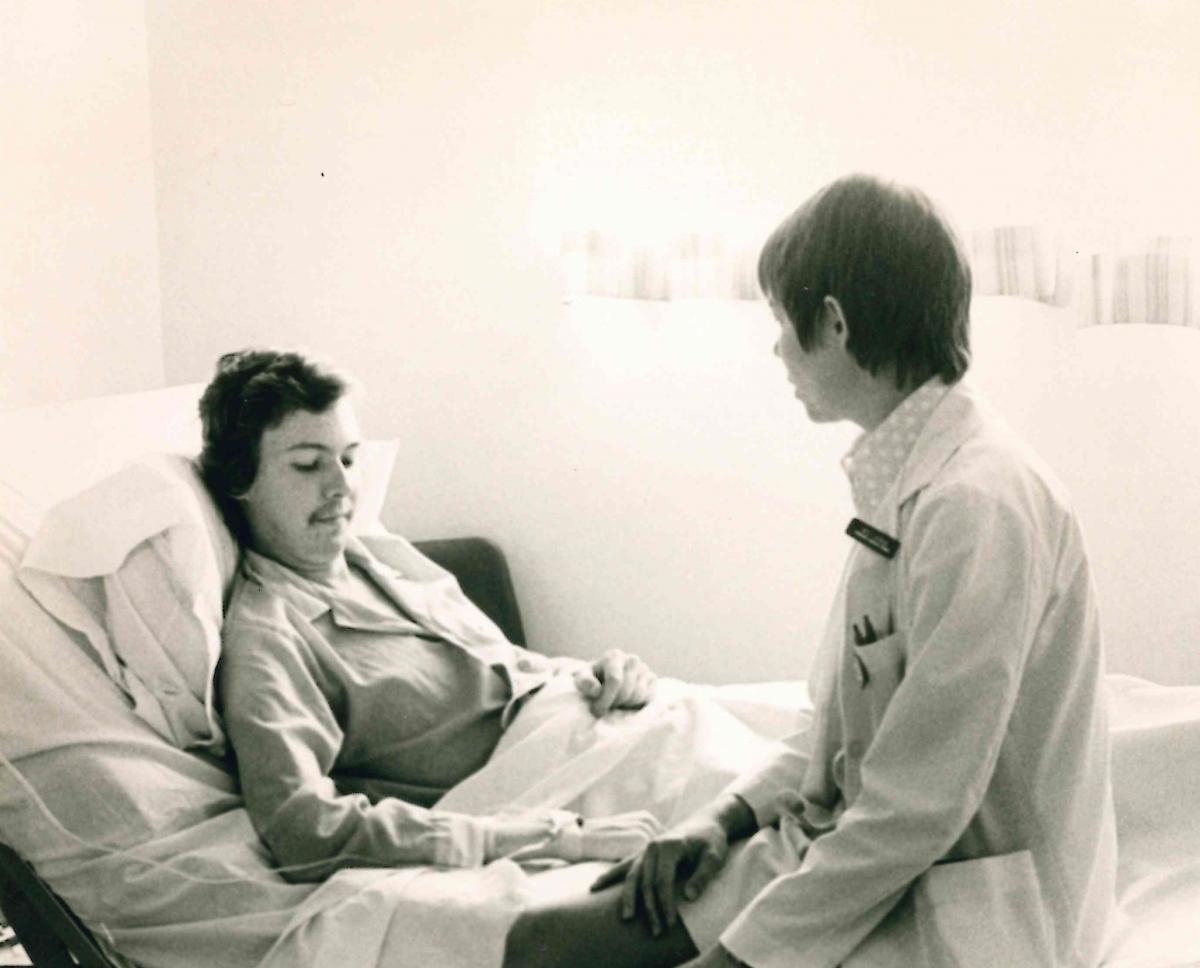