Schwarz was born in Blue Island, Illinois in 1954. His grandfather served in the U.S. Calvary during WWI, his father as a B-24 pilot during WWII and as an instructor pilot during the Korean War, and his loving mother as a volunteer for veteran services.  Schwarz enlisted in the US Army in 1973 after two years of college and entered U.S. Special Forces training where he was the Distinguished Graduate of his Special Forces Qualification Course (SFQC) class.  Schwarz served on a team in the 5th Special Forces Operational Detachment Alpha (SFODA) 571 for three years with special qualifications in underwater operations, jungle operations, and desert warfare. He was deployed globally with his A team on a variety of combat and humanitarian missions.

Upon separating from the active military in 1977, Schwarz used his Vietnam GI bill to complete his undergraduate studies at Virginia Polytechnic Institute and State University (VPI & SU). While studying at VPI & SU, he joined the 116th Army National Guard in Roanoke, Virginia as a combat medic. Following his studies, Schwarz applied as a member of the Army Guard for acceptance into the U.S. Air Force Physician Assistant Program in Texas. Schwarz was accepted and completed his training at Shepard Air Force Base (AFB) in 1981 and Brooke Army Medical Center in 1982 with his PA Bachelor’s degree conferred at the University of Oklahoma.  Schwarz continued to serve his country in the Army Guard, Air Force Reserve, and the Air National Guard over his career. He worked in flight medicine with the US Army and was the inaugural flight medicine PA at three bases: Wright Patterson AFB, Kirtland AFB and ultimately at the Pentagon Flight Medicine Clinic.  He deployed to Iraq from 2003 to 2004 where he served on a coalition base emergency room at Tallil Air Base located near Nasiriyah, Iraq. He later returned to South West Asia on a Special Envoy as the sole medical provider to Turkey, Iraq, Qatar, Afghanistan and Germany in 2006.  Additionally, Schwarz served on military deployments in a medical humanitarian capacity caring for developing nation patients in Guatemala, Honduras, and the Philippines (Operation Pacific Angel). Schwarz has concurrently worked in numerous civilian rural settings from a frontier town in Playas, New Mexico to a cardiology group practice in Bangor, Maine and everything in between.

During Schwarz’s professional career, he has held medical PA licenses in Georgia, Maine, New Mexico, Colorado and Kentucky, and has been a member of the aforementioned states’ AAPA constituent state chapters.  He has been NCCPA certified since 1982 and has been an outspoken advocate of PAs wherever he has worked.  He has lectured extensively at state chapter conferences, regional meetings, nationally (AAPA), and internationally having spoken in China in 2006. While in China, Schwarz served as a member of a special People to People PA envoy to China in 2006 where he and his PA colleagues toured numerous hospitals and clinics in Beijing, Gwyn, and Shanghai. Schwarz has been awarded over a million dollars in successful grant submissions, has served as a member of several honorary boards, and as a subject matter expert in numerous capacities.

His academic awards include membership in the Pi Alpha Honor Society, Alpha Eta Society, Phi Sigma Society; being recognized as a Who’s Who in Medicine and Healthcare in 1997 and again in 2010; and as a Distinguished Fellow of the AAPA.  He was voted Outstanding Faculty at the University of Kentucky in 2000.  His military decorations include the Meritorious Service Medal with five oak leaf clusters, Distinguished Service Medal, Air Force Achievement Medal, Army Achievement Medal, Humanitarian Medal, and Campaign Ribbons for Operation Iraqi Freedom, Operation Enduring Freedom, and a national service ribbon during Vietnam.

Acknowledgments: This Biographical Sketch was prepared by Hank Heard with the assistance of Brad Schwarz. It was submitted to the PA History Society in November 2019. Photographs are courtesy of Mr. Schwarz. 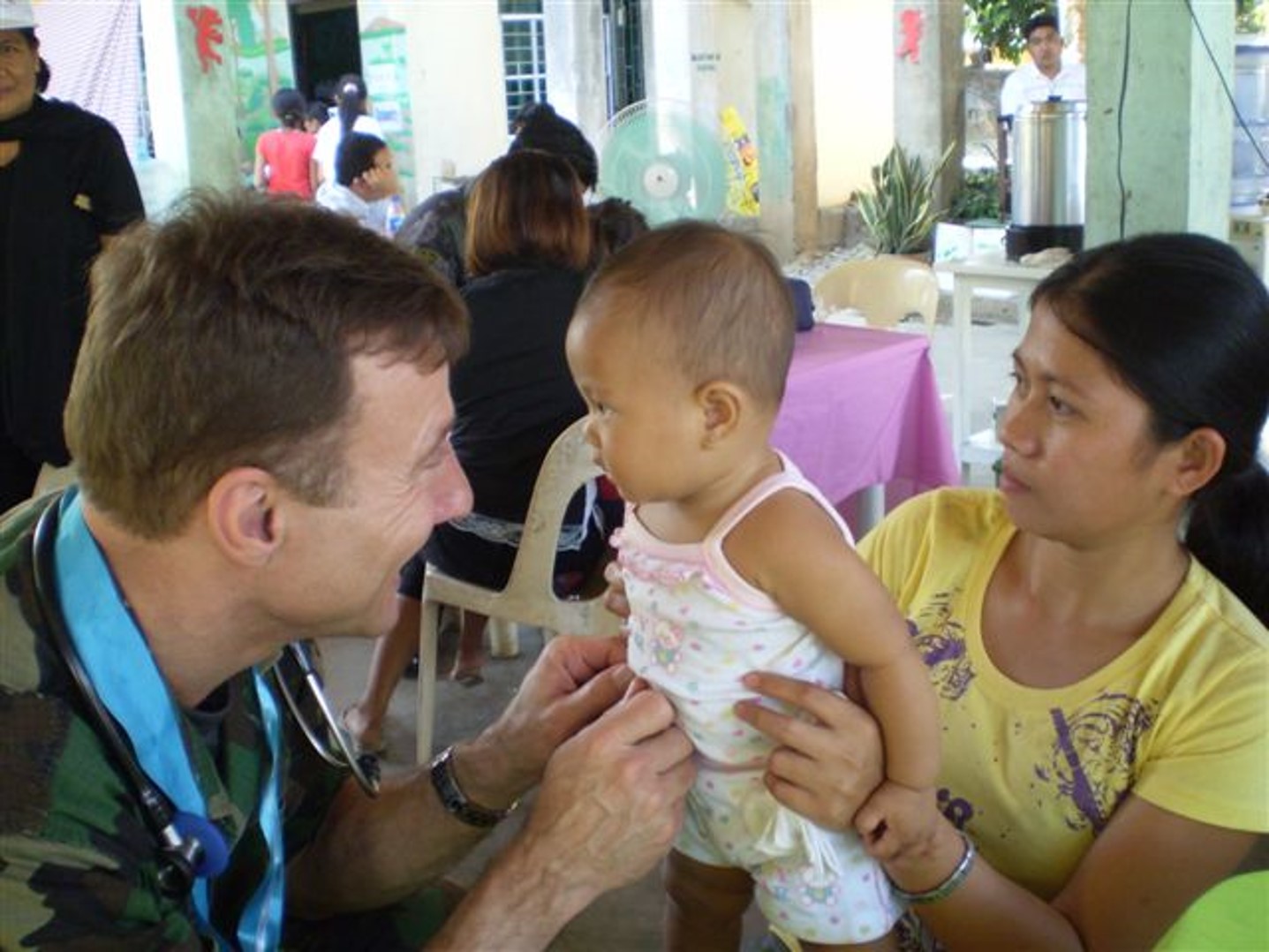 Mr. Schwarz in the Philippines. 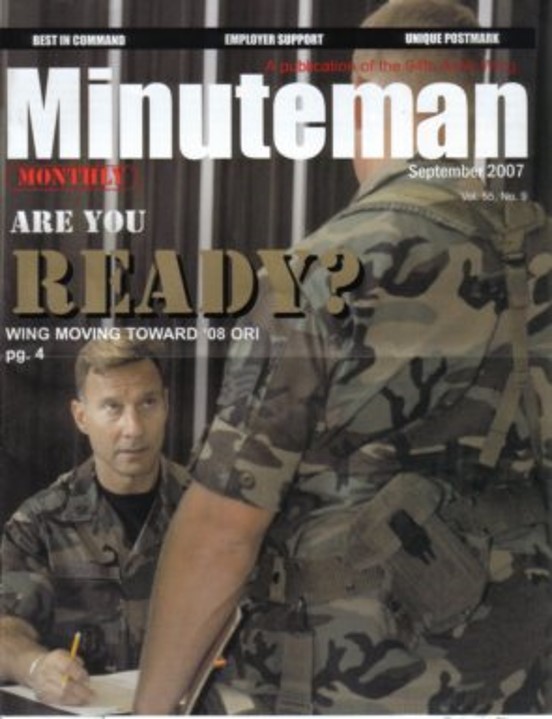 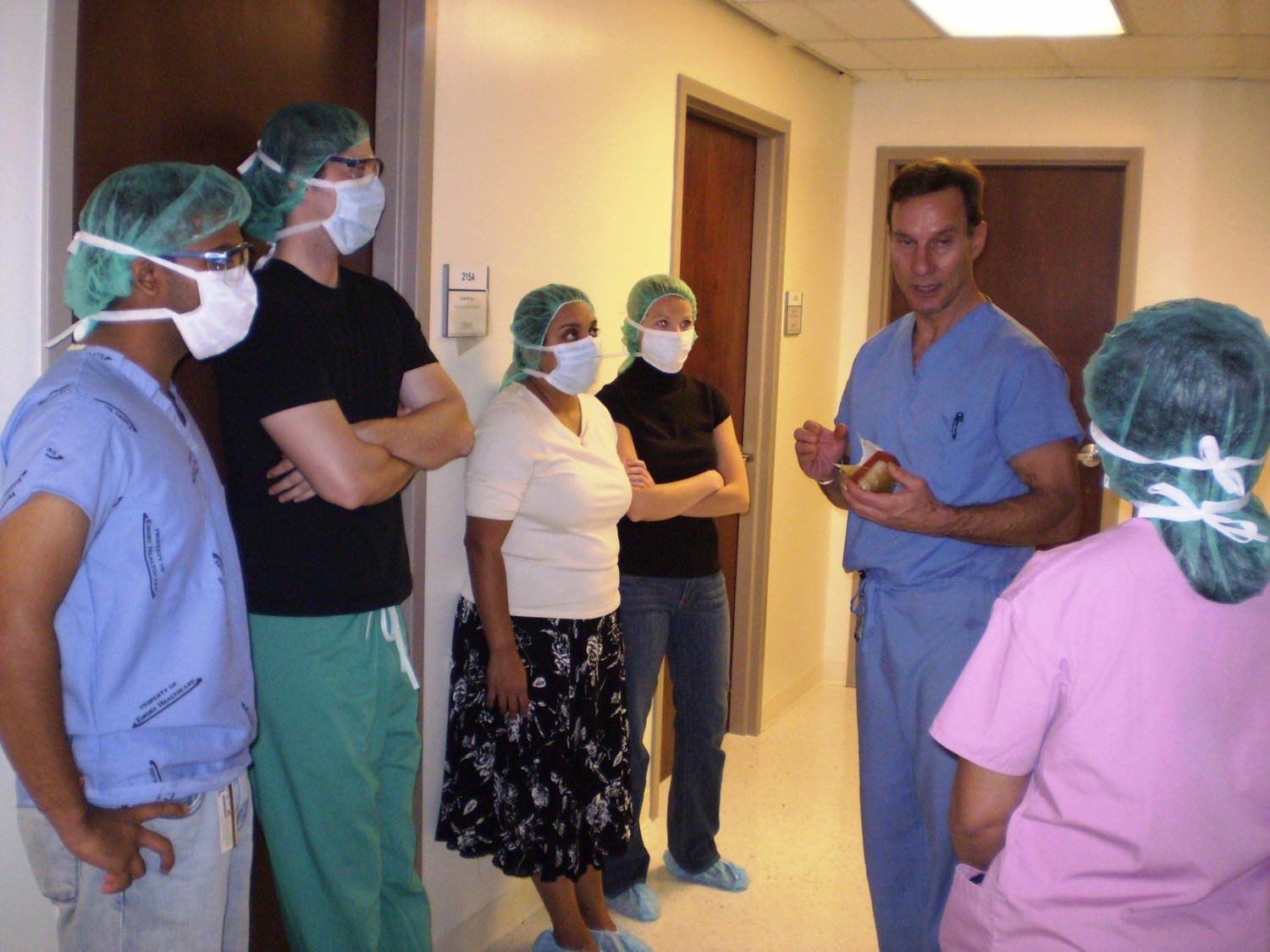 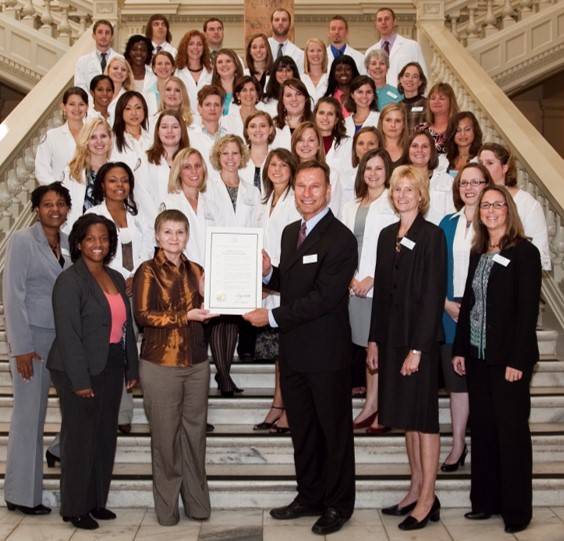 Bradford Schwarz with other PAs and Georgia Governor on PA Day, September 28, 2010.