Dr. Justine Strand de Oliveira is recognized as a health policy leader with extensive domestic and international clinical and academic experience. As Chair of the Legislative Committee and President of the Texas Academy of Physician Assistants (TAPA), she lobbied the first prescribing and licensing laws for PAs in Texas, serving as TAPA president twice, in 1988 and 1993. After moving to North Carolina, she was asked to lead legislative and governmental affairs efforts for the North Carolina Academy of Physician Assistants (NCAPA) to help formulate a legislative strategy to achieve a licensing law. While the state had a favorable practice environment, the enabling legislation was still delegatory at the time (mid-1990s) and a licensing law was needed. Under her leadership, the NCAPA hired its first lobbyist, who played an important role in gaining favorable legislation. From 2004 to 2007, she served as president of the North Carolina Medical Society Foundation, the first PA to hold this distinguished position. She is a former president (2009) of the Physician Assistant Education Association (PAEA) and an emerita member of the North Carolina Institute of Medicine.

Dr. Strand de Oliveira graduated from the Duke University Physician Assistant Program in 1981. Being fluent in Spanish, she has served clinically as a bilingual health care provider at the Sunrise Community Health Center in Greeley, Colorado, at the Austin Regional Clinic in Texas and at the Durham County Health Department and Duke Family Medicine Center in North Carolina. She is also fluent in Portuguese, and worked for Westinghouse Corporation in Brazil from 1982 to 1984, caring for their employees and their families in Rio state. She put her Portuguese language skills to good use serving as the lead technical advisor to a project for the Ministry of Health in Mozambique, revising the curriculum for the `tecnicos de medicina (a PA analogue). She recently co-facilitated a leadership seminar for family physicians and residents at the WONCA Iberoamericano (all Portuguese and Spanish speaking countries in the Americas and Europe) meeting in Montevideo, Uruguay.

She served as chief of the Duke University Physician Assistant Division from 1999 to 2012, and also served as program director from 2001 to 2003. While in this position, she attended and received her DrPH from the University of North Carolina at Chapel Hill in 2008. In 2012, she became the first PA to serve as a departmental vice chair at Duke University. She is the first PA to participate in several physician leadership seminars at Duke, and first PA to have a faculty appointment in the Duke School of Nursing. She created the first research group in the PA Division at Duke, which is now vibrant and well recognized nationally for workforce and comparative effectiveness research. Dr. Strand de Oliveira’s research interests include the sociology of professions and barriers to full utilization of nurse practitioners and PAs. She is a highly regarded scholar and has contributed several historical articles about prototypical PAs working in Puerto Rico and Sri Lanka.

Currently, she serves as Professor and Vice Chair for Education for the Department of Community and Family Medicine. In this position Dr. Strand de Oliveira works collaboratively to coordinate, facilitate and strengthen the academic programs of the Department. In addition, she serves as an affiliate faculty member for the Duke Global Health Institute.

Acknowledgments: This biography was written by Reginald Carter with the assistance of Justine Strand de Oliveira and was submitted to the Society in May 2015. The portrait photograph and photograph with a “patient” taken in 1988 (actually a colleague posing as a patient) are courtesy of Dr. Strand de Oliveira. 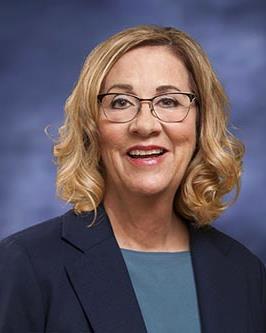 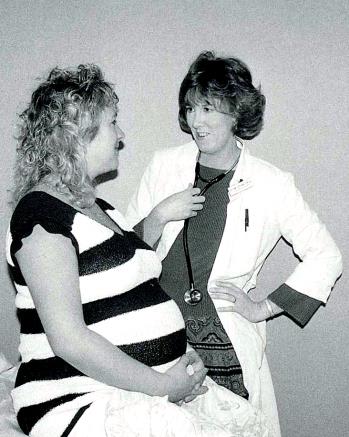