In 1969, he was recruited to become a member of the first class of the first PA program in New York State at the Long Island University/Brooklyn Hospital by Dr. Arnold Lewis and graduated in 1972. He was appointed to the Nelson Rockefeller Governor’s Council on Allied Health Professionals in 1969 to help draft PA enabling legislation for New York State and remained on that legislative committee until 1983. Notably, William was awarded the first New York PA License in 1972, with the number 0000001-1. He became a member of the 5 person team of PAs who established the New York State Society of PAs (NYSSPA) in 1974. Later, he was part of the PA delegation that fought to obtain prescription writing privileges, against opposition by the New York State Nurses Association.

His served clinically as a PA were in hematology/oncology in Cumberland Hospital, followed by a challenging job as clinical coordinator and political analyst at the Long Island University (LIU) PA Program from 1974-77. His service as a “super intern” in the Department of Medicine/Chemical Dependency, at Beth Israel Medical Center lasted for 32 years: from 1977 to 2009.

His advisory positions include: chairing the New Professions Committee of the American Public Health Association, 1974-1976 and a member of the President Carter’s Council on Hospital Cost Containment 1977-1978.

He was a member of the New York State’s Department of Health, Office of Addiction and Substance Abuse Service (OASAS) Clinical Panel on Substance Treatment and Treatment Programs from 1999 to 2008. This group reviewed all available treatments throughout the state, and monitored emerging therapies and drug use trends. The panel is composed of Health Department staff and leaders from various New York State Programs that are licensed by the state.

William provided Certified Alcohol and Substance Abuse Counseling (CASAC) program training for organizations that participated in substance abuse treatment and counselling from 1978 to 2006. He became a board member of the AIDS Service Center New York City (ASCNYC) in 1993 and continues in that capacity to the present.

Acknowledgments:This Biographical Sketch was written by William Toler, PA-C, and edited by Maryann Ramos, MPH, PA and submitted to the PA History Society in June 2015. The photographs are courtesy of Mr. Toler. 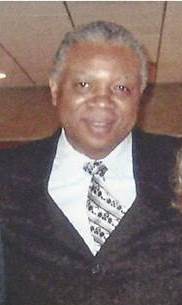