COL(R) William “Bill” Tozier started his Army career with the California Army National Guard, joining a Mobile Army Surgical Hospital (MASH) unit in San Francisco while going to college.  During his activation for training as a medic and then 91C, Clinical Specialist, he learned about the first physician assistant training programs.  After working two years as a nurse in Sacramento, he was accepted into Duke University’s PA program.  Upon graduation in 1976, he worked for a family practice in Pocatello, Idaho and became the first PA in the Idaho Army National Guard (IDANG) 116th Armored Cavalry Squadron. However, Bill felt like he wanted to see a little more of the world and in 1982 he applied and was accepted for active duty.

At his first duty station at Fort Campbell, Kentucky he transitioned from field artillery into aviation units.  The flight surgeon training led to an interest in occupational medicine and, after a tour in Germany with an armored unit, the Army selected him to attend the University of Oklahoma Health Science Center’s Occupational Medicine program for PAs.  He followed this with several tours in occupational medicine and preventive medicine departments at Silas B. Hayes Hospital, Fort Ord, Irwin Army Hospital; Occupational Medicine Consultant for US Forces Korea; Fort Riley, Kansas, where he served as the Chief of Preventive Medicine Services; then Evans Army Hospital in Colorado Springs, Colorado.  During his time as an occupational PA, he deployed in 1989 to the Gulf War, serving as a squadron PA with the 3rd Squadron, 3rd Armored Cavalry Regiment as they did their swing advance into Iraq.

He was then picked up for a doctorate in education, which he completed at the University of Denver in 1999.  This positioned him for his first tour with the Interservice PA  Program at Fort Sam Houston, Texas.  He worked as the curriculum coordinator and taught public health.  In 2002 he was promoted to colonel, the first active duty Army PA to receive that rank.  This led to his selection as Senior PA, Physician Assistant Consultant to The Army Surgeon General.  While in this position he promoted the development of the Tactical Combat Medical Care (TCMC) Course, the first Army program that trained Army medical providers to treat combat casualties on the battlefield,  a program developed entirely by combat experienced PAs.  He then deployed once again to Iraq, this time as a PA Consultant with the 3rd Medical Command in Baghdad in Operation Iraqi Freedom.  One of his accomplishments during this tour was to establish Army treatment of concussions on the  battlefield and their documentation with a standardized evaluation. He concluded his 39 years with the Army by serving as the Program Director for the Interservice PA Program from 2007 to 2010.

He retired to Washington state, where he joined the University of Washington, MEDEX PA Program part time and taught a course in public health until 2016 when he retired.

Acknowledgments: This biography was written by LTC Amelia Duran-Stanton, MAJ Patrick Walsh, and COL(R) Tozier and was submitted to the Society in September 2017. Photographs are courtesy of COL(R) Tozier. 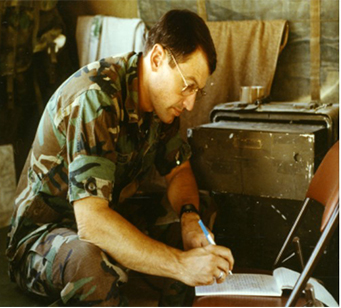 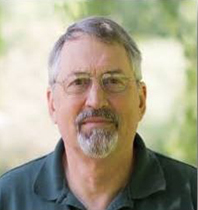 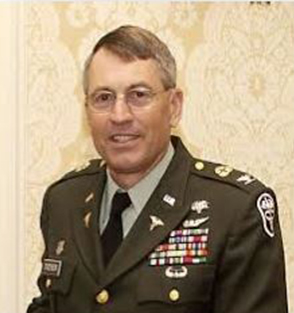