In 1970, the American public was mostly unaware of efforts underway at several universities to counterbalance a shortage of physicians by providing ex-military corpsmen advanced medical education to work alongside physicians as their assistants. As an ex-military corpsman who served with distinction in Vietnam as a US Navy Hospital Corpsman, Chipper Wallet, a leading character of the comic strip Gasoline Alley, was a prime candidate for such training. His decision to become a physician assistant, acceptance into a PA program, education, graduation and return to his local community to work with “Doc,” was followed closely by thousands of ardent readers. The strip is credited for introducing Americans to the physician assistant concept and to the practicality of using the “wasted talents” of military trained personnel to bolster the civilian health care sector.

Jerry Bredouw, a pioneer in marketing early television shows, was an avid fan of Gasoline Alley. He wrote a TV script for an episode of the Bold Ones aired on NBC in December 1970. The episode was about an ex-military corpsman charged with practicing medicine without a license in California. The show highlighted the plight of small rural towns with no access to physician services and the potential use of ex-military corpsmen to alleviate this problem. It was Bredouw who got Richard (Dick) Moores, the cartoonist for Gasoline Alley, interested in having Chipper Wallet become a physician assistant. In a letter to Moores, he discussed the plight of returning medical corpsmen, their legal problems and their potential for training as physician assistants at programs like the ones at Duke University and the University of Washington. He told Moores that the impact of a highly successful comic strip’s endorsement of the PA concept would be an enormous benefit since the problem with its acceptance lived or died in public opinion. Moores visited the program at Duke University, observed students in training, met a few graduates and was hooked on the concept. In March 1970, the first strip appeared in 180 newspapers across the country showing Chipper discussing the PA program with some of his friends. Several months latter he enrolled in a PA program and began his two years of education. After graduation, he returned to his community to work with Doc in general practice.

Chipper is the son of Allison “Skeezix” Wallet and Nina Clock. He was born on April 1, 1945. His dad served in WWII and owned and operated the Gasoline Alley service station and garage. His mother worked as a secretary. Chipper served as a US Navy Hospital Corpsman attached to the Seabees in Vietnam. During his tour of duty in 1969, he received a Bronze Star for saving the life of a young Vietnamese girl. After completing PA school, Chipper returned to his small hometown to work with Dr. Smartley in general practice. He married Amy Sloan, an occupational therapist, in March 1992 (they eloped) and they have twin children, Gus Alley “Li’l Skeezix” and Kathleen Elly, born on December 25, 1992. In 2016, Jim Scancarelli, Gasoline Alley’s current cartoonist, drew various promotional materials, such as a poster and life-sized cutout of Chipper, to help celebrate the 50th anniversary of the PA profession. In addition, Scancarelli brought Chipper back into the comic strip as a way of informing the public about the upcoming 50th anniversary and the PA History Society’s plans to rededicate the PA Veterans Garden at the Stead Center in Durham, NC in April 2017.  Chipper’s life as a US Navy Corpsmen, PA student and clinical PA is captured in a comic book published by the PA History Society.

Gasoline Alley was created by Frank King and first published in 1918. It is recognized as one of the longest running comic strips whose characters age with time. The strip has had five cartoonist: Frank King (1918-1959); Bill Perry (Sunday strips only, 1951-1975); Dick Moores (1956-1986) and Jim Scancarelli (1986-present). During its lifetime, the strip has received numerous awards. The strip is copyrighted and distributed by Tribune Media Services, Chicago, IL.

Acknowledgments: This Biographical Sketch was prepared by Reginald Carter, Ph.D, PA and submitted to the Society on September 28, 2009. The Cartoons of Chipper Wallet are provided courtesy of the Duke University Medical Center Archives. The banner cartoon was drawn by Dick Moores and presented to Duke University in 1971 to commemorate the beginning of the strip depicting Chipper becoming a PA. The second cartoon was made by current Gasoline Alley cartoonist, Jim Scancarelli, and donated to the PA History Society in honor of the PA profession’s 50th anniversary. 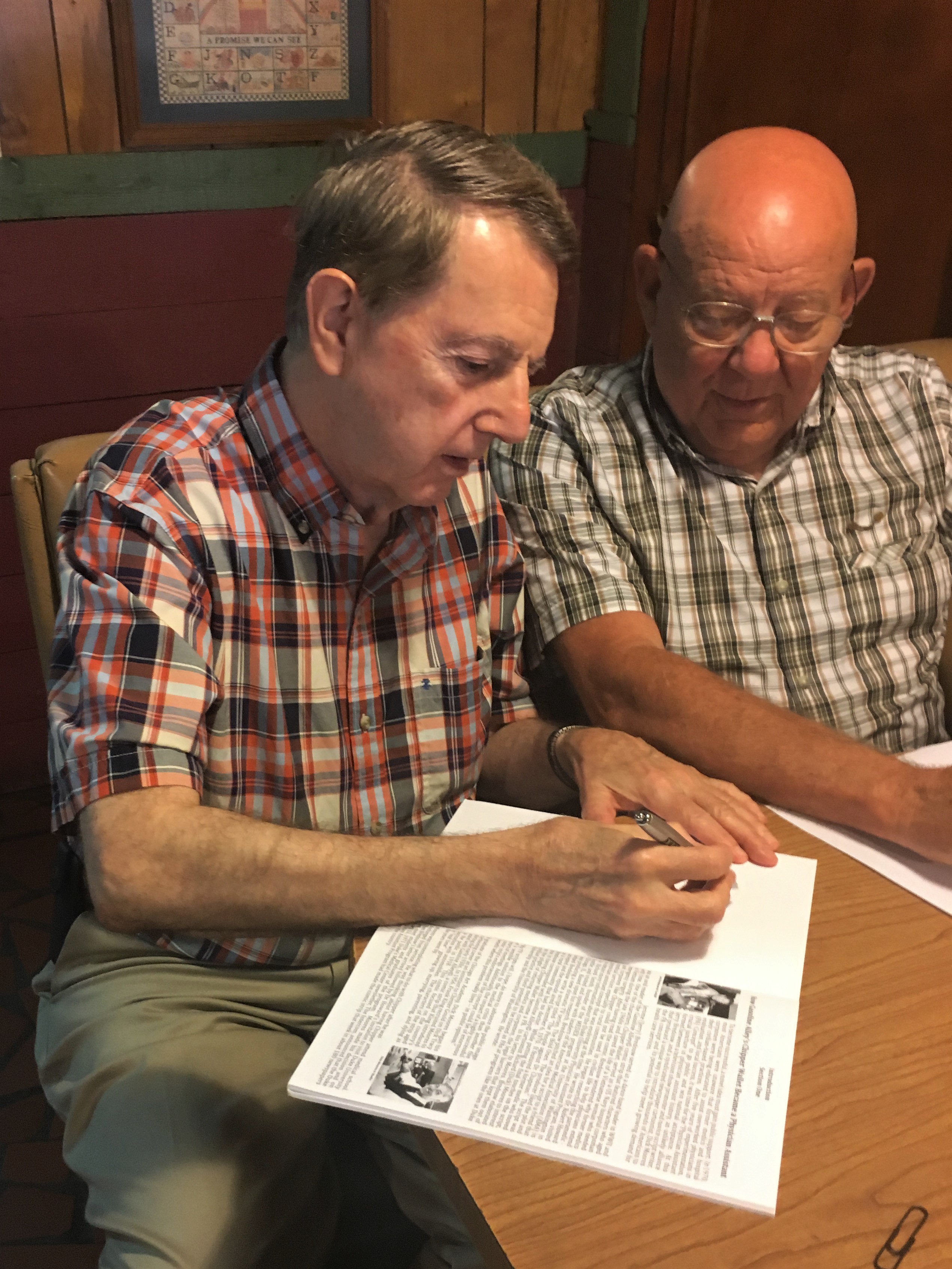