Mr. Wooten was born and raised in Brooklyn New York. He re-located to Greensboro, North Carolina in 1972 where he became interested in the physician assistant profession while working as a paramedic and nursing assistant in the emergency department at his local hospital. He attended Bowen Gray School of Medicine of Wake Forest University (currently known of Wake Forest University) where he received his certificate in physician assistant studies. Following the completion of his studies Mr. Wooten worked in an under privileged community in North Carolina in family practice from 1981-1986. He then moved on to Forsyth County Health Department to become manager of the Public Health Clinics involving HIV testing and education for the North Carolina health department. In 1990, Robert was hired at the Forsyth Medical Center to practice emergency medicine where he is currently employed.

Mr. Wooten and his wife Teresa have been married since 1982 and have three children. In his spare time he enjoys reading and jazz music, and he would like to travel around the world.

Acknowledgments:This biography was written by Raisa Polacek with the assistance of Robert Wooten and was submitted to the Society in May 2015. The banner photograph was taken by the PA History Society archivist 2016 at the PA Veterans Memorial Garden. The second and third photographs are courtesy of Mr. Wooten. 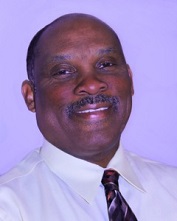