Shepard B. Stone is the first physician assistant to attain the rank of Brigadier General in the Connecticut State Guard Reserve. Stone’s military service began in 1969 as a Medical Corpsman in the Army Reserve. He obtained additional training as an Operating Room Specialist which allowed him to work as an operating room technician while attending Queens College, City University of New York, Flushing, NY, receiving his BA in 1973 and the C.W. Post College, Long Island University in Greenvale, NY, receiving a MPS in Health Administration in 1974. His final enlisted responsibilities were as the Non-Commissioned- Officer-in-Charge of the Medical Laboratory of a US Army Reserve General Hospital. After graduating as a physician assistant from Long Island University in 1976, Stone joined the Connecticut Army National Guard (CTARNG) as a Warrant Officer PA and provided general medical care and instruction/supervision of enlisted medical personnel in Field Artillery and Medical Battalions. He was the first PA to serve in the CTARNG. In 1986, Stone attended the Army Primary Aviation Medicine Course (“Flight Surgeon School”) and began service as an Aeromedical Physician Assistant (APA). He was mobilized for Operation Desert Shield/Storm where he served as an APA. Later Stone was commissioned as a Captain and transferred to CTARNG and served as the sole aviation medicine provider for a number of years. He was ultimately appointed State Aviation Medicine Officer and Deputy Commander of the CTARNG Medical Detachment (the highest position available to a non-physician). He then was deployed for Operation Iraqi Freedom and served as the Senior Aviation Medicine Officer for the Aviation Task Force-Kuwait. Stone eventually reached the rank of Colonel and upon his retirement was promoted to Brigadier General in the Connecticut State Guard Reserve.

Stone completed the Norwalk Hospital/Yale University PA Surgical Residency Program in 1977 and the following year he took the place of a first year Anesthesiology Resident and served as an Anesthesiology Resident at Yale-New Haven Hospital, including six months of Critical Care Medicine, until 1981. He then was appointed to the Medical Staff at Yale- New Haven Hospital and Faculty at Yale University School of Medicine. In July 2012, Stone was appointed Clinical Director of Adult Post Anesthesia Care Units (there are three) at Yale-New Haven Hospital. He was also given the responsibility to establish, administer and maintain an Advanced Cardiac Life Support training Program for the Department of Anesthesiology.

Stone worked at the Yale-New Haven Hospital for over 30 years in the Department of Anesthesiology. He has contributed many articles to the physician assistant literature and given numerous presentations and lectures to physician assistants, students and colleagues in anesthesia and aviation medicine. Stone has also served on the editorial boards of several journals. In addition to his clinical responsibilities, Stone is highly regarded as a teacher and preceptor by PA students and others. He holds the title of Associate Clinical Professor of Anesthesiology in the Yale University School of Medicine and has served as a member of Admissions Committee and Student Thesis Committee, Yale University School of Medicine PA Program.

Acknowledgments: This biography was written by Reginald Carter with the assistance of Shepard Stone and was submitted to the Society in January 2013. Both photographs are courtesy of Shepard Stone. 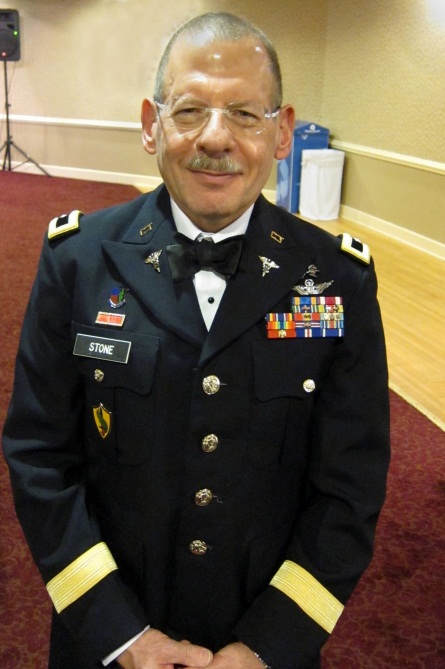