Born in Las Cruces, New Mexico, in the 1950s, and growing up in Ithaca, New York and State College, Pennsylvania, Sherrie planned to pursue a nursing career until a family friend told her about the PA profession.  With her BS in Medical Science and PA credentials, she worked as a PA at the Johns Hopkins Hospital Department of OB/GYN (Baltimore) and the American University Student Health Center (Washington, DC), while also volunteering at the People’s Community Health Center and the Washington Free Clinic (1978 – 1983).

Between 1983-1988, Sherrie worked as a Certificate of Need Analyst with the Maryland Health Resources Planning Commission while concurrently studying at the Johns Hopkins University School of Hygiene (Bloomberg School of Public Health), earning a Master of Health Science degree in 1984.

In 1988, Sherrie was selected for the Burroughs Wellcome Company Health Policy Fellowship program sponsored by the American Academy of Physician Assistants.  During her fellowship year, she developed the PA Professional Liability Resource Network to provide expert information for the AAPA members.  She also conceived, wrote, and edited the first book for PAs on professional liability issues, The Professional Liability Handbook (revised, updated and reissued in 1994).

The U.S. Pharmacopeia (Rockville, MD), a non-profit organization that establishes state-of-the-art standards to ensure the quality of medicines and other health care technologies, was Sherrie’s next challenge.  She served as Director, Public Relations, establishing a new department and leading the PR communications for the first national Dietary Supplement Verification Program and the first national reports on hospital medication errors (2000-2006).  A significant achievement was establishing and developing a broad coalition of health care groups to address patient safety issues leading to the development of the “Guiding Principles for a Patient Safety Reporting System,” and, ultimately the passage of the federal Patient Safety and Quality Improvement Act of 2005.

Since 2014, Penn State University (State College, PA) has benefited from Sherrie’s expertise.  She has worked as a Learning Specialist, coaching on leadership development, problem solving, and communication; a Talent Management Specialist, leading the university’s executive coaching program and several professional development programs; and an Organization Change Management Consultant, supporting the change management process and coaching university employees through the replacement of a 30-year-old budgeting and accounting system across all state campuses.  Also during this timeframe, Sherrie was a Manager, Health and Public Service with Accenture focusing on change management support for the initial implementation of a military healthcare electronic medical record system, in addition to leadership coaching for Accenture employees,

Over the years, the PA profession has benefited from Sherrie’s leadership and energy.  As President of the Maryland Academy of PAs, she led the lobbying effort for successful passage of the Maryland PA Act of 1986.  At the American Academy of Physician Assistants, in addition to numerous committee and task force appointments from 1984 – 2001, Sherrie served as AAPA President (June 1996 – June 1997).  Her presidential achievements included strengthening relationships between AAPA and organized medicine (Leadership Partnership), strengthening the PA liaison roles with physician specialty organizations, and beginning work on restructuring the Board of Directors and the House of Delegates.  In addition, she raised over $30,000 for the President’s Philanthropic Project Breast Cancer Awareness, sponsored by the Physician Assistant Foundation.

When asked of which career roles and achievements she is most proud, she responded, “…my ability to leverage my experience as a PA and as a PA leader into multiple career paths – health care non-profits, leadership coach, and change management professional.”

Sherrie’s other volunteer activities have been with the Association of Reproductive Health Professionals, Board of Directors (2013-2017); Health Volunteers Overseas, Board of Directors (2001-2003); as well as memberships in the Public Relations Society of America; International Coaching Federation; and the Association of Change Management Professionals.  She founded and managed Smart Women Are Networking – SWAN (2007-2014), a career networking group for professional women in the DC Metro area. 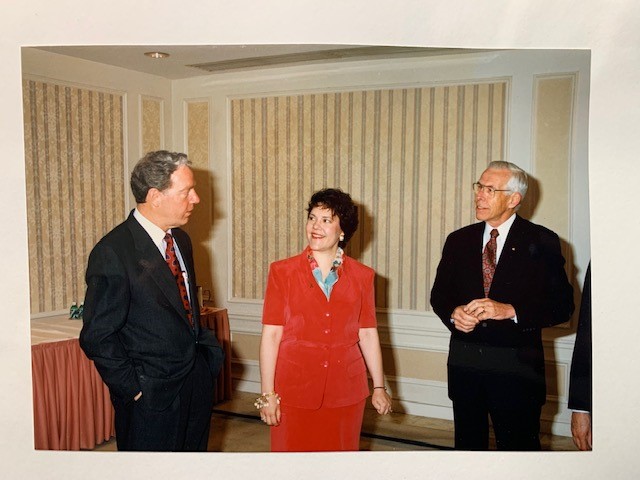 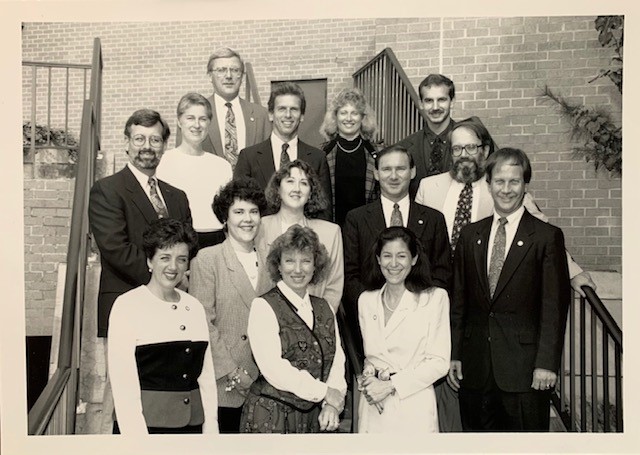 1992-1993 AAPA Board of Directors and House of Delegates Officers