The Society's Museum Collection features artwork, artifacts and exhibitions that interpret the story of physician assistant profession from its inception and development in the United States in the 20th Century to its expansion internationally in the 21st Century. The Society maintains museum collections at two primary locations:

The Eugene A. Stead, Jr. Center for Physician Assistants, Durham NC. The building features a replica of Dr. Stead's office at his home on the lake in Bullock, NC, complete with furniture, decorations, pictures and awards that he donated to the Society before his death. A formal garden behind the building is decorated with statuary also donated from Dr. Stead's estate. In addition, the building also houses wall exhibits and display cases honoring the founders of the profession, the development of national PA professional organizations and marketing the profession to the general public. There is a wall exhibit sponsored by the PA Veterans Caucus and outside a PA Veterans Garden featuring a life-size combat medic bronze statue titled "life savers then, care givers now." Click here to view the Guide to Stead Center Archival Collections.

Take a virtual tour of the Stead Center and of the PA Veterans Garden, led by the PAHx co-founder and Historian Emeritus, Reginald Carter. Click Here. 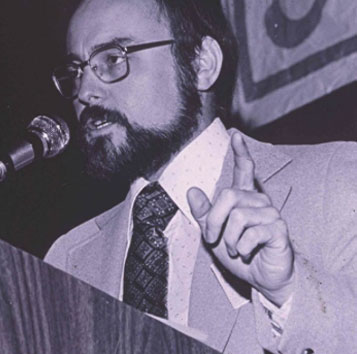 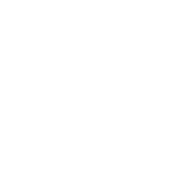 History of the PA Profession at the Stead Center

This exhibit provides an overview of the creation of the Stead Office Museum,..

To view images of 72 objects and 40 photographs donated by Dr. Stead's family soon after his death in June 2005 and are maintained by the Society at the Eugene A.Stead, Jr. Center for Physician Assistants in Durham, NC. 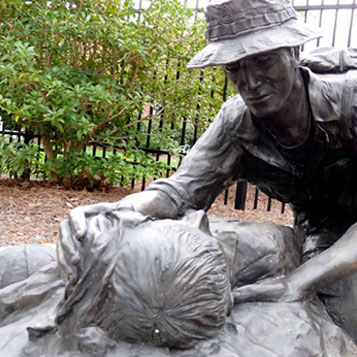 Members of the Veterans Caucus made this wall exhibit possible. Tim Egan, Vic Germino and Ken Harbert donated posters to the Society to have placed in the Eugene A. Stead Jr. Center.

THE LARGEST COLLECTION OF

View our collection of patches donated from various PA programs throughout the country. 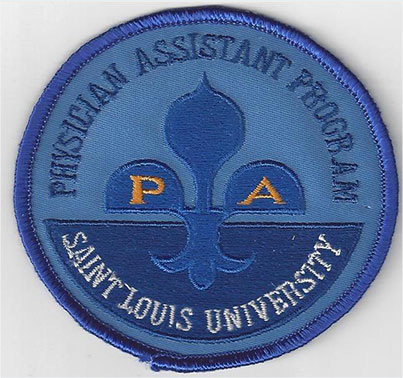 View the collection of pins and buttons donated to the PA History Society.

Our online exhibits are drawn from resources found in our collection of archive, library and museum holdings and may include posters, physical exhibits and presentations given at national and regional meetings. Exhibits are a way of showcasing these items and providing more depth information about how these items have played a role in the development and growth of the PA Profession.

Most of the exhibits have been prepared by the Society and its staff. However, the Society will accept donated exhibits from third parties if deemed relevant and meets our quality standards.

Most of the exhibits require that you have Adobe Reader™ software installed on your computer to view..

The American Board of Physician Assistant Practice: As Remembered by William Stanhope and Carl E. Fasser>

The story of the ABPAP is indicative of the struggles and challenges faced by the PA profession during its third decade of existence, especially as more PAs chose to work in medical and surgical disciplines rather than family practice.

What does KFC's Sanders and Dr. Stead have in common? Read to find out!

Use of the Title "Physician’s Assistant" Prior to 1965>

The Pharmacist Mate (Marine Physician Assistant) Training program represents the cumulative efforts of many people over many years.  It was born in need and carried forward by a sincere desire to bring shipboard medical care to all American seaman.” So began the introduction to a 1970 bulletin describing the newly established Purser-Marine Physician Assistant Program based at the U.S. Public Health Service (USPHS) Hospital, Staten Island, New York.

“I never made much money doctoring. Mrs. Stead is the money maker in our family," Dr. Stead once told Dr. Reginald Carter. Evelyn Stead co-authored an international bestseller in the 1960s, one of the first cookbooks to focus on healthy eating!

Dr. Kenneth Harbert tells the history of the AAPA Veterans Caucus's prestigious award plaque, the story of the artist who inspired the award, and a list of the award winners starting at its inception.

The Creation of God Loves the Grunt>

George Skypeck's painting "God Loves the Grunt" contains thousands of names of Vietnam veterans who signed the artwork as it traveled throughout the USA in the 1980s. How the painting came about and how over 500 PAs came to sign it is a fascinating and emotional story. Prints of the painting and signatures have graced the walls of the White House and Congress and have appeared in the homes of military leaders and film and television stars. With the artist's permission, the Veterans Caucus of the AAPA sells prints of the painting to generate scholarship funds for PA students who are veterans. "God Loves the Grunt" reminds us of the dedication and sacrifice of those first ex-military corpsmen who were selected to pioneer our profession. As such, the painting and artist have become an integral part of our professional history and legacy. *The official name for the Painting is "God Loves the Grunt", though the article refers to it as "God Loves a Grunt".

The Veterans Wall Exhibit and the PA Veterans Garden located at the Eugene A. Stead, Jr. Center for PAs in Durham, NC is the PA History Society's way of honoring the pioneers of the PA profession who served as military corpsmen prior to becoming physician assistants. In 2011, the Navy Physician Assistant Association (NAPA) requested that a memorial service be held at the Stead Center in May to honor LCDR William H. Feyh who had died in 2005. Bill was president of the NAPA during 1993-1994. Those in attendance included Bill's family, military colleagues, professional friends and faculty from the Duke University PA program from which he graduated in 1975. A plaque of remembrance was presented to the family and to the PA History Society to be displayed at the Stead Center.

While deployed to Liberia in 2015 to work in the US Public Health's Monrovia Medical Unit/Ebola Treatment Unit (MMU ETU), Capt Robin Hunter Buskey, PA-C, met a courageous Liberian educated Physician Assistant, Alvin P. Davis. She sent us a copy of Alvin's story written by Lt Michael R. Muni who, in turn, gave us permission to publish as an exhibit.

As a PA working in the Good Will Clinic in the Flamah Community of Monrovia, Alvin contracted the Ebola virus in November 2014. Because he was a health care worker, Alvin was transferred to the US Public Health's MMU/ETU for treatment. After aggressive medical interventions, Alvin became the first PA survivor for the MMU ETU. He was discharged on November 27, 2014 with a congratulatory ceremony and allowing him to place his painted handprint in recognition on the Ebola Survivor Wall with the other survivors. After his recovery, Alvin was hired by the Liberian Ministry of Health (MOH) as an Ebola Case Investigator based at the MMU. He worked along with USPHS officers, returning to the high-risk zone and encouraged patients through the lonely and trying periods of the Ebola virus epidemic.

Click here for Capt Hunter-Buskey's photographs taken during her deployment to the USPHS MMU/ETU.

This booklet was produced by the African Heritage Caucusand distributed to members during the 25th Annual AAPA Conference held in Minneapolis, Minnesota, 1997.  It contains brief biographies of PAs who are of African American heritage and who have become or who are in the process of becoming leaders in the PA profession.  The booklet was made possible by the Howard PA Program and especially by Brenda Jasper who kept a history of the contributions of those highlighted in the booklet.  As stated in the forward by Les Howard, "Having our history archived ensures that, we of African Heritage, maintain a presence, honor our elders, and pass the word to the next generation."

The booklet presents individuals from three different generations of PAs and those who played an important role in establishing the African Heritage Caucus of the American Academy of Physician Assistants.

In 1967 John Betz was recruited by Dr. Richard Smith to train for a new category of mid-level healthcare practitioners with MEDEX Northwest at the University of Washington. Along with twelve other military medics and corpsmen, Betz became a pioneer in the physician assistant profession. With his fellow classmate, Paul Snyder, PA-C retired, Betz was assigned to small rural clinic in Othello, WA where he remained in practice for 44 years until his retirement in 2014. This online presentation uses a format made popular by the digital version of New York Times to tell a complex story in words, photos and video clips. Along the way, this story touches on several compelling elements that reflect current concerns.

Although Dr. Eugene Stead is the recognized father of the physician assistant profession, few people know that William Anlyan, M.D. was its uncle. As Dean of Duke University's School of Medicine, Anlyan stood staunchly behind Stead's decade-long innovative, but ill-fated, Masters Nurse Practitioner program in the 1950s. In addition, Anlyan's influential leadership helped Stead's subsequent PA concept gain federal funding as well as national recognition and replication in the 1960s and 1970s. It is important that we recognize individuals who "worked behind the scene" to sustain the PA Profession at a crucial time in its development.

My Two Days with JFK>

In this missive, Braun recalls his two encounters with President John F. Kennedy. The first contact occurred in 1960 when he was a senior in High School. He saw Senator Kennedy, a presidential candidate, in a motorcade; they made eye contact and "I felt an instant connection with someone of whom I had only slightly ever heard his name." The next encounter was while Braun was in the Navy serving as an Operating Room Technician in Bethesda Naval Hospital. Kennedy had been assassinated and his body flown to Bethesda for an autopsy. Braun indirectly became involved in the events that occurred the evening of November 22, 1963.

In 1990, Cynthia B. Lord, the Student Academy of the American Academy of Physician Assistants (SAAAPA) liaison to APAP (now PAEA), met with APAP board members Anthony A. Miller and Albert F. Simon to discuss how they might entice more students to attend the AAPA's annual conference. They came up with the idea to hold a Jeopardy-style, friendly competition that would match PA Program teams of three students, testing them on their medical knowledge. Therefore, the first Medical Challenge Bowl was held during the AAPA conference in 1991. Today, this event is considered a mainstay of the conference, and is funded by PA and medical organizations. In 2014, the NCCPA was a co-sponsor of the SAAAPA National Medical Challenge Bowl.

Although generally recognized as the originator of the physician assistant concept, Dr. Eugene A. Stead, Jr. is the first to note that the idea was not his exclusively. Prior to the development of the physician assistant program at Duke University in 1965, many physicians were training their own assistants on the job. Stead was aware particularly of one such proprietary trained assistant, Mr. Henry Lee "Buddy" Treadwell, who was trained by and worked with Dr. Amos Johnson in general practice in Garland, North Carolina. This relationship crystallized Stead's vision of how a physician's assistant could be used to help over-worked doctors deliver health care services.

At a critical time in its development, the PA profession gained public attention from two unlikely sources of support — a television show promoter and novice script writer, Jerry Bredouw, and a syndicated newspaper cartoonist, Dick Moores. Both were intrigued by the plight of ex-military corpsmen whose clinical training and skills could not be readily used in the civilian health sector. Their stories are intertwined and reveal how serendipity helped market the PA concept to the American Public in 1970 through an episode of NBC's THE BOLD ONES and the Chicago Tribune's GASOLINE ALLEY COMIC STRIP.