1965 Liberia The first Liberian Health Assistant/PA Program is established in Africa through a collaboration of the Ministry of Health and Social Welfare, the World Health Organization (WHO), and the United Nations Children’s Fund (UNICEF).

1969 Ghana The first Ghana PAs are trained through the Ministry of Health established Rural Health Training School at Kintampo.

1975 Liberia Liberia’s physician assistant program’s curriculum is revised to be comparable to PA programs elsewhere in the world. Training is extended to three years from one and students are now required to have a high school diploma. 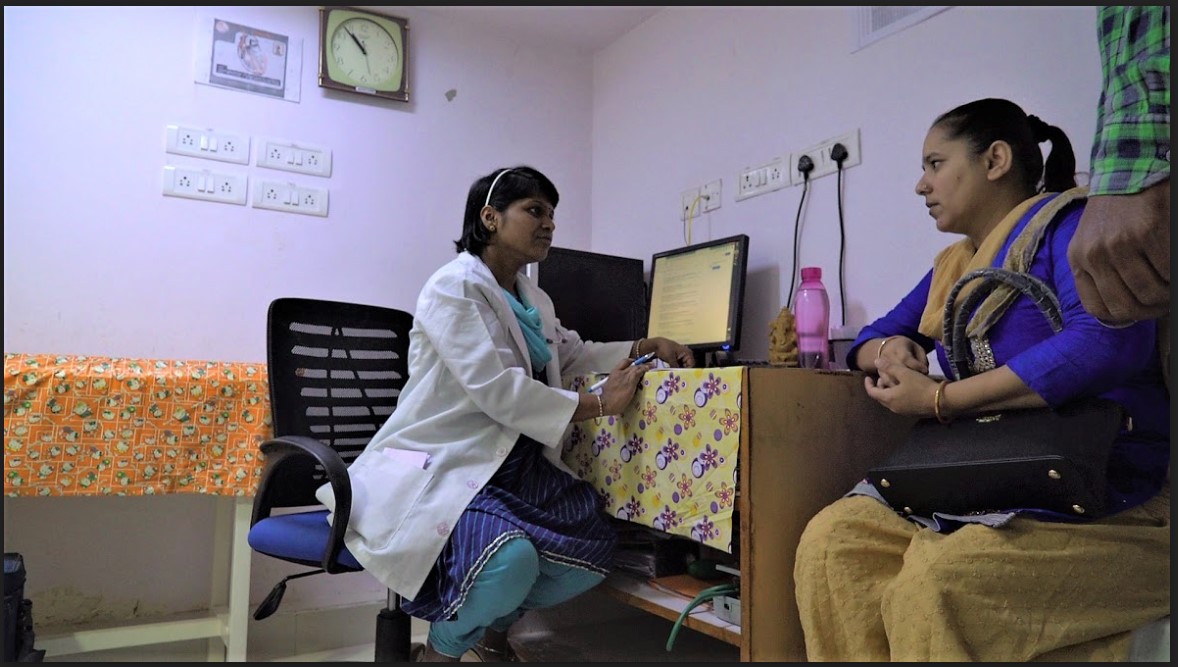 1999 Canada Manitoba passes the Clinical Associate Act which allow PAs and international medical graduates to practice within the country as clinical assistants.

2002-2004 Taiwan Fooyin University in Taiwan operates as a “US model” PA Program. The program closes in 2004 when its accreditation is denied by the Ministry of Education and a Medical Care Act for PA Practice fails to pass. 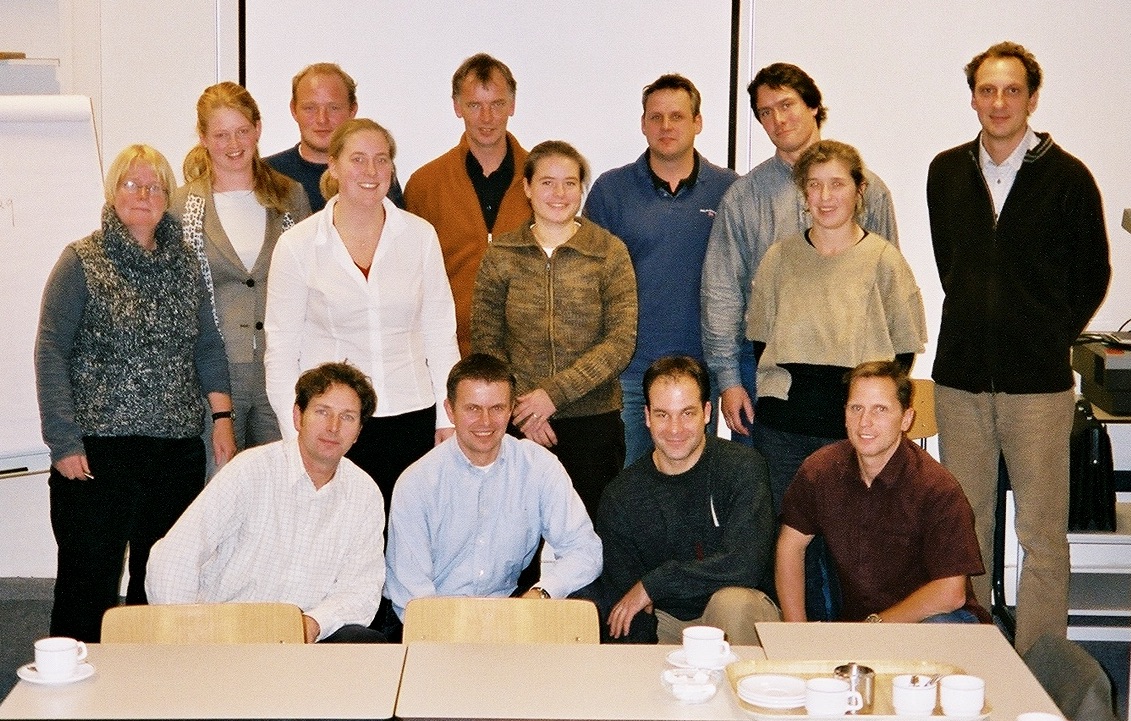 2003 The Netherlands A second PA Program opens at University of Applied Sciences in Nijmegen. Image: The First PA Class of Nijmegen, 2004

2003 The United Kingdom Two US PAs are recruited to work in primary care practices in the UK. The number would increase to 26 by the end of the year. These PAs would go on to start the United Kingdom Association of Physician Assistants (UKAPA).

2005 The United Kingdom The UK Association of Physician Associates (UKAPA) is founded. 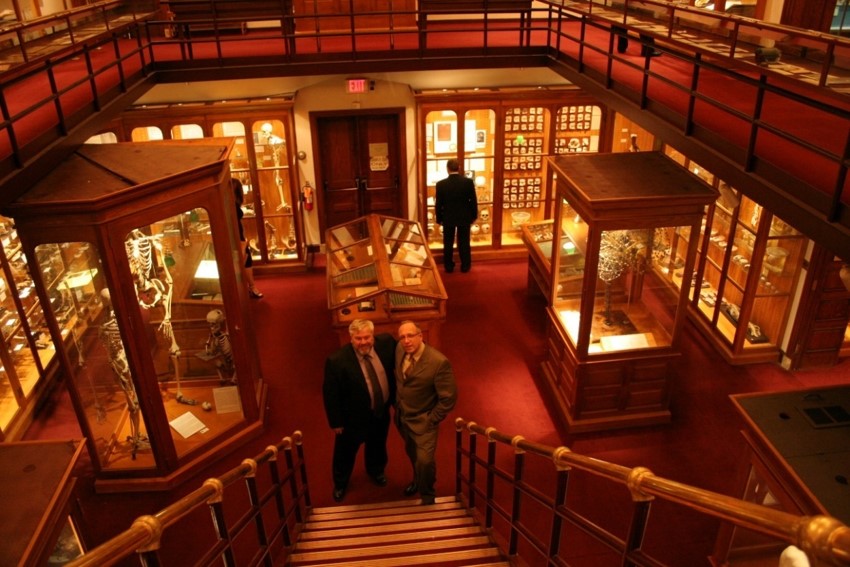 2005 Canada The first Canadian Certification Exam is offered by the Physician Assistant Certification Council of Canada. Image: Tom Ashman (left) is considered the “father” of the Canadian PA movement.

2006-2008 The United Kingdom Twenty PAs are recruited for a PA pilot in Scotland.

2008 Canada The University of Manitoba and McMasters University PA programs open. They are the first Canadian civilian PA programs.

2008 The United Kingdom University of Wolverhampton and University of Birmingham open their programs with cohorts of ten students. The UK Association of PAs holds their first annual conference.

2008 South Africa PAs are formally introduced by the Health Ministry as a means to address chronic health workforce shortages, especially in rural and otherwise underserved areas of the country.

2009 Canada The Manitoba Practice Act is amended to allow physician assistants to use the title PA. The College of Physicians and Surgeons of New Brunswick amends the New Brunswick Medical Act (1981) to include PAs.

2009 Poland A pilot PA program starts in Zabrze, Poland. The program lasts 18 months and is focused on surgical training. Five students complete the training, with three continuing to work as PAs in surgery and two returning to their previous occupations as EMTs. 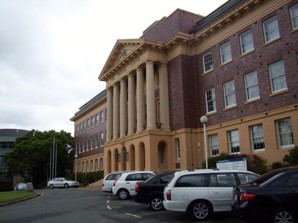 2009 South Africa The university of Witwatersrand starts their first cohort of students.

2009-2010 Australia Two Australian states – South Australia and Queensland – complete their one year PA pilots designed to show off the potential of PAs in surgical and pediatric roles (South Australia) and primary care (Queensland). Image: University of Queensland School of Medicine.

2010 Canada The Consortium for PA Education opens – a partnership with the University of Toronto School of Medicine, the Michner Institute for Allied Health Programs, and Thunder Bay School of Medicine. It is the fourth civilian PA program to open in Canada.

2010 The United Kingdom The PA Managed Voluntary Register (PAMVR) is created by the UKAPA to help regulate the PA profession in the UK due to the lack of national legislation.

2010 Saudi Arabia The first PA program opens in the Middle East, offered by the Medical Services Directorate of Ministry of Defense and Aviation in the Kingdom of Saudi Arabia. It is launched at the Prince Sultan Military College of Health Professionals in Dharhan in partnership with George Washington University Medical Faculty Associates in the Department of Emergency Medicine.

2010 Afghanistan The NATO training mission in Afghanistan develops a PA course. The primary goals of this program are to both increase the overall numbers of clinicians and to improve the skill levels of the clinicians in the Afghan National Army.

2010 Ghana The Ghana Medical and Dental Council sets standards for the training and regulation of practice for PAs. It also creates a registry for all PAs in the country.

2011 South Africa The first cohorts of PAs graduate from the South African PA programs and are now working in rural district hospitals.

2011 United Kingdom Birmingham and Wolverhampton PA programs close. A new PA program opens at the University of Aberdeen in Scotland.

2011 New Zealand In a non-governmental New Zealand pilot, counties Manakau/Middlemore Hospital implements a one year pilot with two US PAs serving as hospitalists on a surgical teaching unit.

2011 Canada The Consortium of PA Education/University of Toronto graduates its first class in June.

2012 India The first published scholarly article about PAs in India reveals a workforce of approximately 1,000 clinicians trained as PAs. Of those clinically practicing, almost all work in cardiac surgery.

2012 The Netherlands PAs are enabled by law to practice medicine autonomously, albeit in collaboration with a medical doctor at all time. 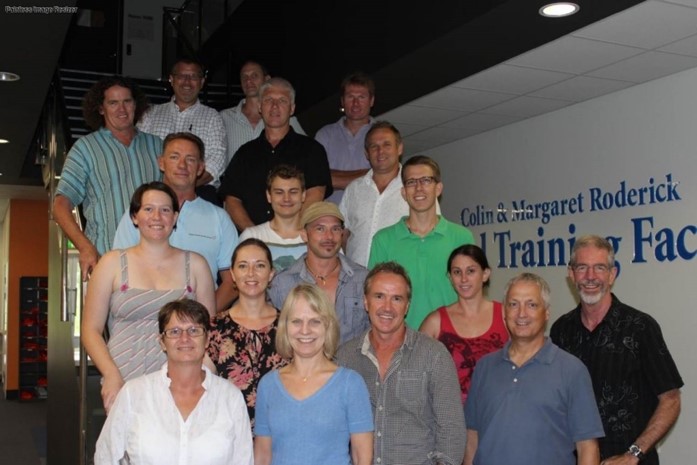 2012 Australia The University of Queensland’s PA program closes after education two cohorts. The reasons for closure include a lack of support from the institution and competing priorities with in the School of Medicine. The second PA program in Queensland opens at James Cook University in Townsville with an emphasis on education PAs for rural and geographically distant communities. Image: First graduating class of James Cook University.

2013 The United Kingdom UK PAs agree to change their name to Physician Associate.

2014 Bulgaria The first two Bulgarian PA programs (Trakia University, Stara Zagora and Faculty of Public Health, Sofia) are developed building on a long tradition of the historic utilization of Feldshers in their country. The four-year Bachelor’s degree programs are based on the United States PA curriculum.

2014 The United Kingdom The Birmingham and Wolverhampton PA programs are reopened. Health Education England hosts the Birmingham Conference, “PAs in the Workforce” as the national government begins to formally support of the growth in the numbers of PAs and the expansion of PA programs. UKAPA is restructured and integrated into the infrastructure of the Royal College of Physicians and then renamed the Faculty of Physician Associates. 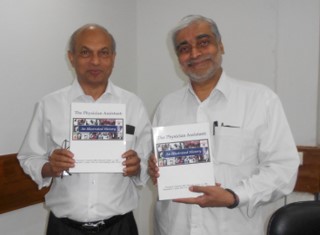 2015 India The first International Conference on PAs in India, sponsored by the Indian Association of Physician Assistants, brings international PA leaders to participate, speak, and learn more about the Indian PA movement. The conference is help Amrita Hospital in Kochi, India. The first volume of a new PA journal for India is published in conjunction with the conference. Image: Dr. Prathapan Nair(left), principal of Amrita School of Medicine and Dr. Prem Nair, Medical Director of the School of Medicine.

2015 The United Kingdom The National Health Service announces a PA expansion project designed to recruit US PAs into the UK health system to expand the number of PAs and to also demonstrate the new and expanded roles of PAs in several areas of the UK. The Faculty of Physician Associates (FPA) is created and replaces the UKAPA. 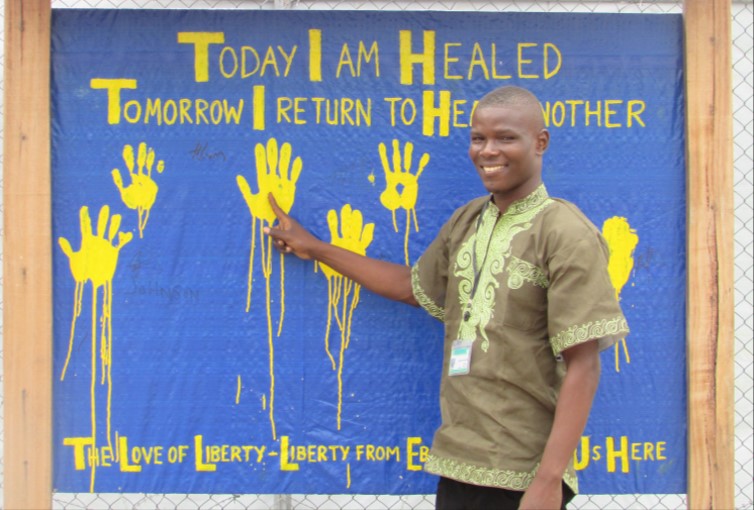 2015 Ireland With the goal of achieving improved service delivery and better continuity of care, the Department of Health in Ireland approves a two-year pilot project with four expatriate PAs – 3 Canadians and 1 American – employed in surgical sub-specialties in Dublin.

2015 Ghana There are now seven schools in Ghana that are training PAs. The country now has 2,500 practicing PAs, 72% of which are PAs-Medical. (PAs in Ghana fall into three categories: PA-Medical, PA-Dental, and PA-Anesthesia).

2016 Ireland The first Irish PA training program based in Dublin, the Royal College of Surgeons, awards a 24-month Master of Science in Physician Associate Studies degree. The Irish Society of Physician Assistants is also established.

2016 The United Kingdom The First Annual Summit for PA Educators held in Worchester, UK is held. The Summit supports the professional development and networking needs of new PA program leaders and faculty.

2016 Bulgaria “PA” is now included on the register of regulated professions in Bulgaria. 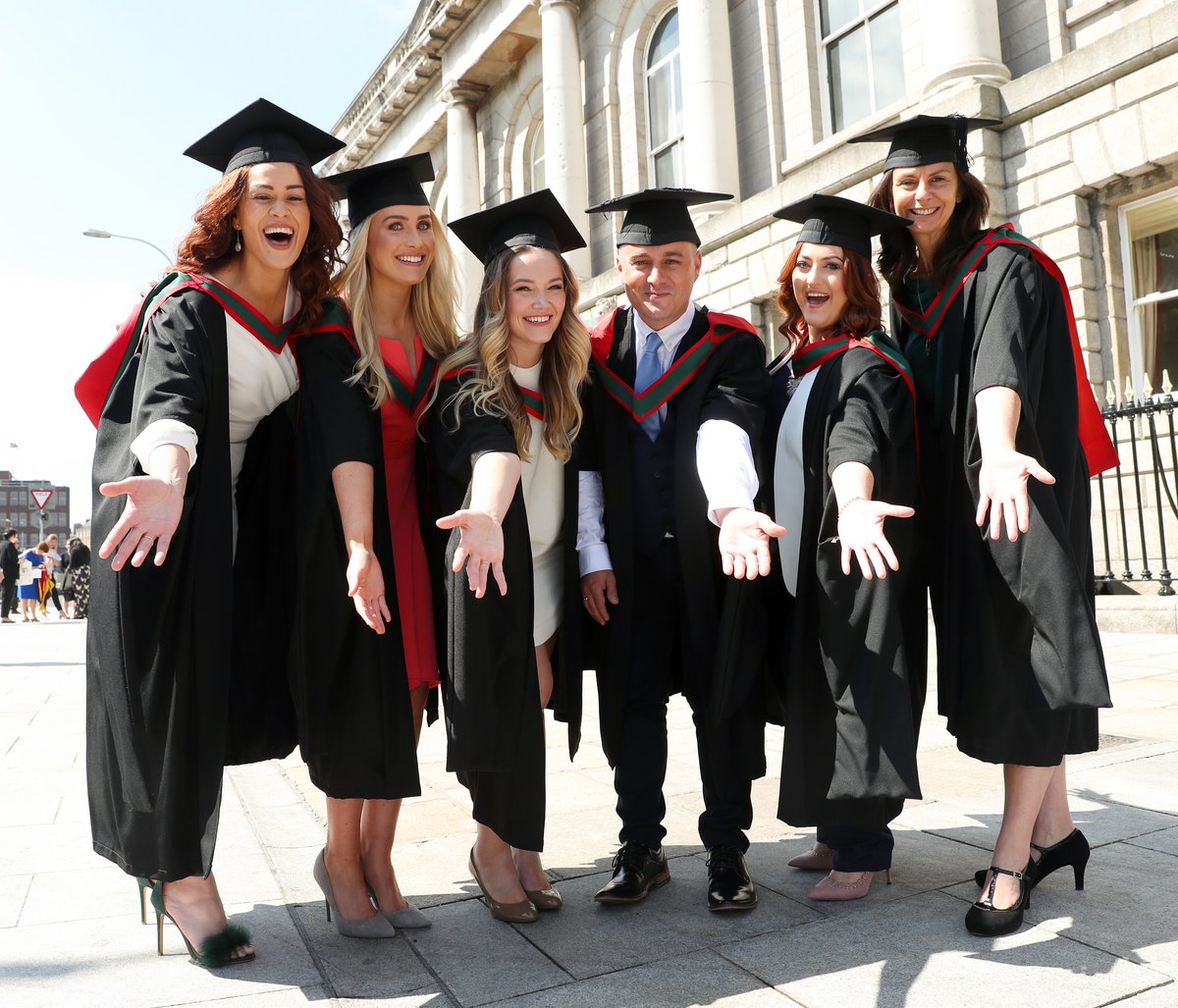 2017 Ireland The Ministry of Health’s human resource arm, the Health Service Executive, announces it is backing the development of the PA career in Ireland.

2017 The United Kingdom PA programs now number 28 in response to the National Health Service’s call for 1,000 primary care PAs by 2020.

2018 The United Kingdom The Faculty of Physician Associates and the Royal College of Physicians announce that physician associates have achieved government statutory regulation. 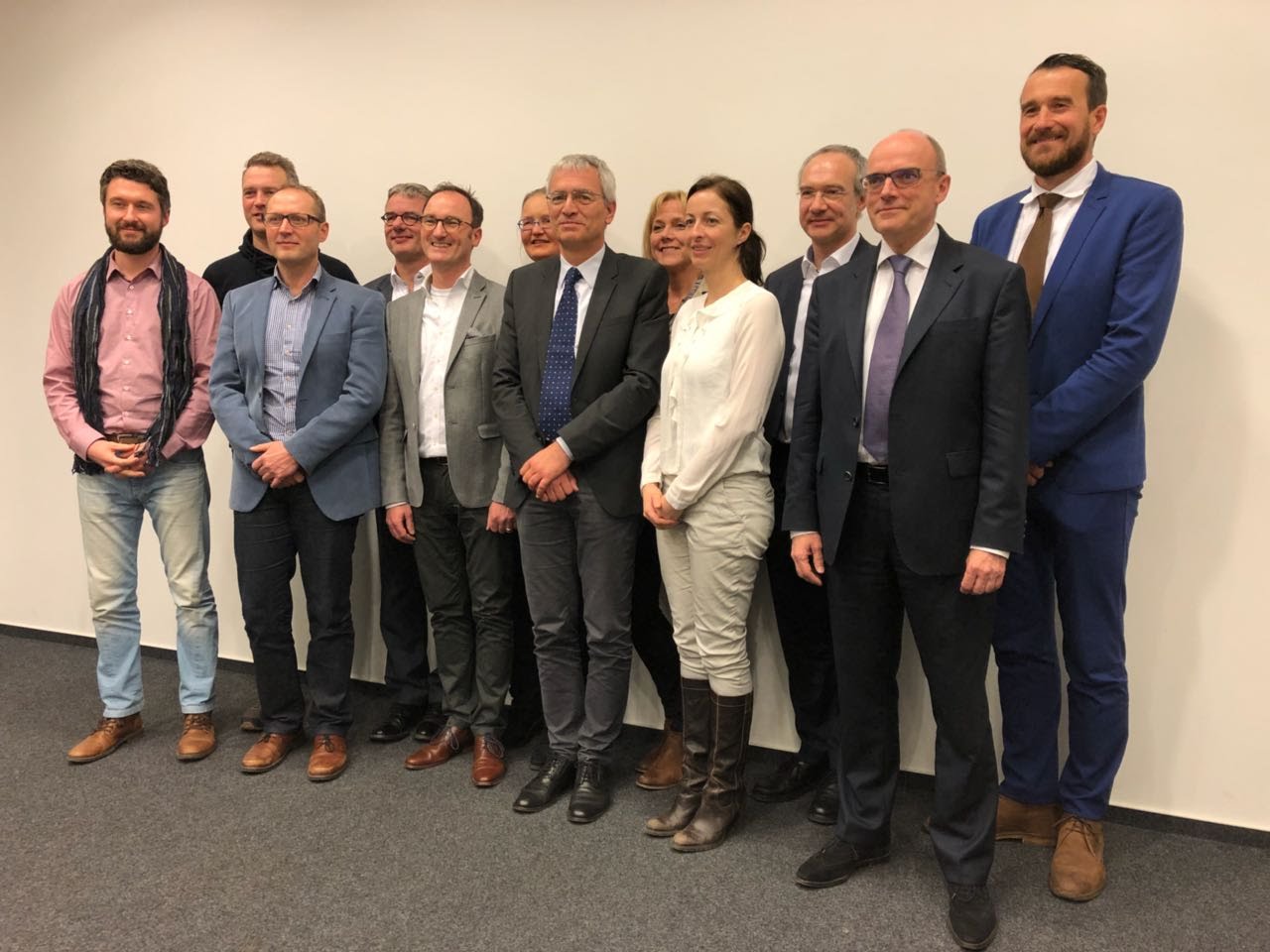 2018 India The Union Cabinet of India approves the formation of the Allied and Healthcare Professionals Bill which calls for the regulation and standardization of education and services provided by allied and healthcare professionals. This bill applies to Indian physician assistants as well.

2019 United Kingdom In July, physician associates were officially recognized by the The UK government when the Department of Health and Social Care’s (DHSC) General Medical Council announced that they would be in charge of the licensing of the profession.

2019 Poland The first symposium is held to discuss the feasibility of the PA profession in Poland. 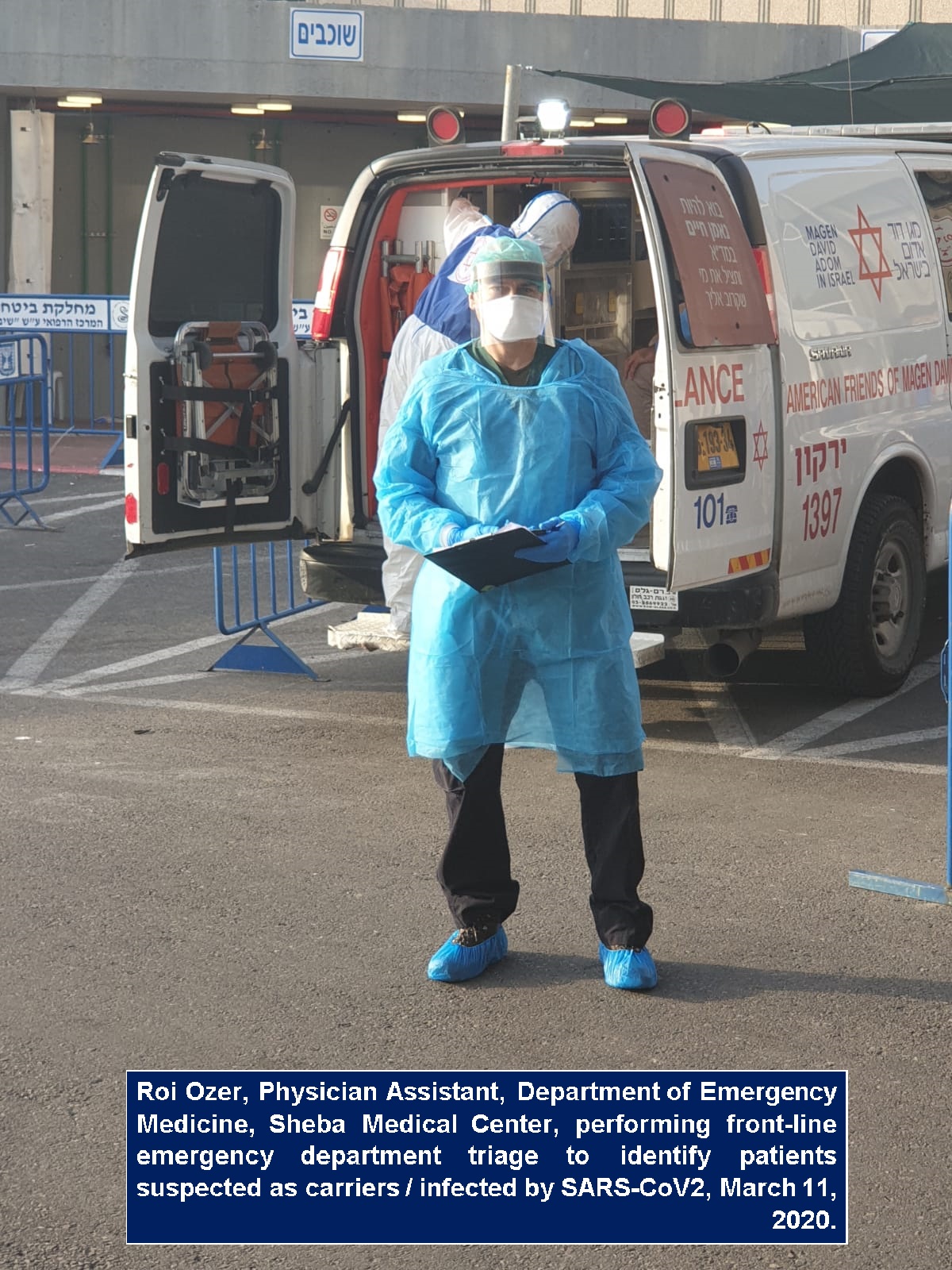 2019 The United Kingdom The General Medical Council (GMC) becomes the regulator of the PA profession.

2021 Germany The number of PAs in Germany exceeds 1,000 and the number of PA students exceeds 2,000. The first German PA program at the Master’s level starts at the Fliedner University of Applied Sciences in Düsseldorf; more are in preparation.

2021 India The National Commission for Allied and Healthcare Professions Bill, 2020 is passed on March 24, 2021. The bill states that the PA profession is officially recognized by the Indian government.

2022 Germany The German University Association Physician Assistant welcomes its 25th member and continues to represent all universities with PA degree programs in Germany.

*For a more comprehensive look at the history of Canadian physician assistants, visit the Canadian Association of Physician Assistants’ website by clicking here!

*A short video introducing the IFPACS organization and its student members. IFPACS is an international PA student group. To view the video, click here.

*Information on the history of Ghana PAs was taken from the 2015 JAAPA article: Physician Assistants in Ghana.

*Information on the PA profession in Poland was taken from the 2020 JAAPA article: Poland and Physician Assistants.