Mr. John Byrnes, PA-C has embodied the ideals of philanthropy and entrepreneurship throughout his life and PA career. He has always worked in the surgical arena, leaving Cardiovascular (CV) surgery after 13 years and starting a PA owned surgical assisting group, Southeastern Clinical Services, in 1992. He is currently the Clinical Director of this group and is considered one of the pioneers in this business model. The corporation also included a research component until a few years ago and was involved in pharmaceutical clinical trials.

After graduating from the University of Florida PA program in 1979,  Byrnes worked as a PA in Cardiovascular Surgery in Orlando, Florida. He recognized the value of PAs in the surgical setting and set out to champion this, most significantly by co-founding the first PA specialty organization, the Association of Physician Assistants in Cardiovascular Surgery (APACVS) in 1981. He was elected the founding President and served on its board until 1994. Coinciding with this role, he was involved in creation of the Surgical Congress of the AAPA, serving as its Chairman and Delegate to the House of Delegates until 1995.

Byrnes was also involved on the state level and had many leadership roles in the Florida Academy of PAs, culminating in his year as President in 1996-1997. He has been considered an expert in PA reimbursement and has served on the state and national level on committees addressing this issue.
His philanthropic interests are evident in his years of service to the PA Foundation beginning in 1996. He served on its board from 1997-2004 and was President from 2001-2003. The annual PAF Silent Auction held during those years at the AAPA conference are legendary in the amount of money raised and the amount of fun had by all who participated.

In 2018, Byrnes was appointed Assistant Clinical Professor in Surgery and Associate Clinical Education Director for Florida State University’s School of PA Practice’s Orlando campus. He enjoys his time spent with PA students and tries to instill in the students his enthusiasm for surgery and the vital role PAs have in the surgical specialties.

Since 2000 he has devoted considerable time to his favorite charity, the Military and Hospitaller Order of St. Lazarus of Jerusalem. This 900-year-old chivalric Order and charitable group is based in Spain and exists around the world, including the United States. It is dedicated to the eradication of leprosy and to the enhanced awareness of organ donation and awareness, among other programs.

Byrnes was born in Tokyo, Japan and traveled extensively with his Air Force family until settling in Florida in his last two years of high school. In 1976 he graduated from Rollins College with a Bachelor of Arts in Pre-Medicine, and was an OR technician in college which influenced his ultimate professional career. Medical school was his first choice, but only because he was unaware of the PA profession at the time. He attended the University of Florida (UF) PA program, graduating in 1979, and has never regretted this choice. He is the Chair of the UF PA Program Alumni Advisory Board.

Byrnes lives in the Orlando area with his wife, Anna, and their son Kirill. He is an avid Florida Gator fan and is well known for his tailgating skills and his Ambu-Gator rescue unit turned tailgating venue extraordinaire.

Acknowledgments: This biographical sketch was prepared by Debi Gerbert with the assistance of Johns Byrnes, and was submitted to the Society on April 2020. Photographs are courtesy of Mr. Byrnes 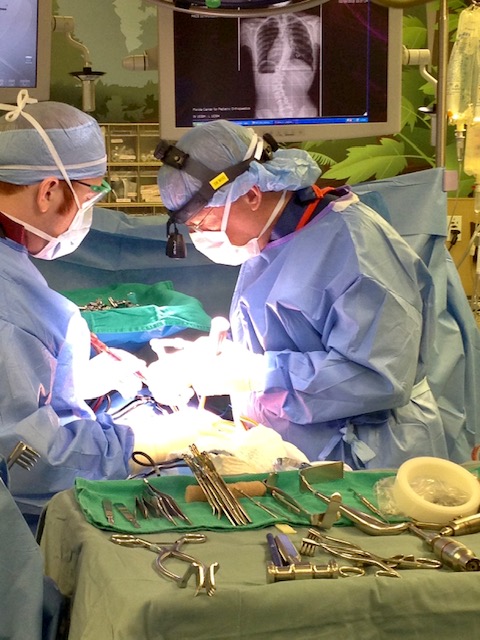