Mark P. Christiansen, Ph.D., PA-C, grew up in small towns in rural Nebraska. His interest in medicine started early as several of these communities had no available medical care without traveling to a neighboring town. After graduating from high school in 1971, he attended the University of Nebraska for one year before enlisting in the Army to become a medical corpsman.  He served for three years as a medic including duty assignments in Germany and at Fort Detrick, Maryland.  In 1975, following his discharge from the Army, Mark entered the Physician Assistant program at the University of Nebraska Medical Center (UNMC).  He was involved with the Student Senate while in the program, and graduated with a Bachelor of Science degree with distinction in 1977.

After graduation, Christiansen and his wife (a newly graduated RN), moved to Weiser, Idaho where he started his career as a physician assistant in rural family medicine as the first PA to practice in the community.  During his time in Idaho, he was active in the (very small at that time) Idaho Academy of Physician Assistants.  In 1982, he moved back to the Midwest and practiced full-time in Onawa, a small community of about 3,500 in Western Iowa.  He continued in practice there until 1993 doing full-scope family medicine, and again was the first PA to practice in the community.

In 1984, Christiansen joined the U.S. Air Force Reserve as a physician assistant and a First Lieutenant.  He served in this capacity for twenty years, including an active-duty tour during Desert Shield/Desert Storm in 1991. He retired in 2004 as a Lieutenant Colonel with 23 total years of service.

In 1994, Christiansen had the opportunity to return to his alma matter (UNMC) as a faculty member.  He served in a variety of roles between 1994 and 2010 including course director, clinical coordinator, and associate program director.  During his tenure at the Nebraska PA program, he continued to practice part-time in family medicine in rural communities in Nebraska.  He also continued his education during this time receiving his Master of Physician Assistant Studies degree in 1997 from UNMC, his Master of Science in Health Education from the University of Nebraska at Omaha in 1999, and his Doctor of Philosophy (Ph.D.) in Medical Sciences from UNMC in 2009.

Christiansen was active in the Nebraska Academy of Physician Assistants during this time serving on and chairing committees including the judicial affairs committee.  It was also during this time that he became involved with the National Commission on Certification of Physician Assistants (NCCPA) beginning in 1996 as a member of a test-item writing committee.  He served in various capacities for the commission between 1996 and 2010 as an item-writing committee chair, a member of the Research & Test Development committee, and the Test Committee Advisory Council.

In 2005, Christiansen was appointed to serve on the NCCPA Board of Director as a representative of the Physician Assistant Education Association (PAEA).  He continued on the board through 2014 serving in numerous roles including Chair of several committees – Nominating Committee, Executive Committee, Specialty Certification Committee, and Certification Committee.  He also chaired the Task Force on Specialty Recognition from 2006 – 2008 and the Test Committee Advisory Council (TCAC) from 2005 – 2010.  His tenure on the board culminated in a term serving as chair of the Board of Directors in 2013.  During his chair year he served as chair of the national search committee for the president/chief executive officer (CEO) of NCCPA.  In 2013 and 2014 he was an ex officio member of the board of directors of the NCCPA Health Foundation.

From 2011 – 2015, Christiansen was on the faculty of the University of California Davis serving in various capacities including lecturer, PA program director, and founding faculty member of the Betty Irene Moore School of Nursing. In March 2015, he left UC Davis to become the founding PA program director and chair of the department of Physician Assistant Education at University of the Pacific.  He has successfully built a new PA program, led the team through the provisional accreditation process to achieve continuing program status in 2021, and helped to establish a new School of Health Sciences at University of Pacific that spans all three campuses and includes nine health science programs.  He currently serves on university committees and chairs the curriculum committee for the school, and has achieved the academic rank of full professor.

During his time in California, Christiansen has also been actively involved with the California Academy of PAs (CAPA) including service as a member of the CAPA board of directors and positions on the board of director at large, secretary, and chair of the Program Relations Committee between 2013 and 2019.

Christiansen has served as primary investigator (PI) on several state and federal grants.  He has served as a volunteer preceptor and board member of student-run clinics at both UNMC and UC Davis including a term as president of the faculty committee of the student-run clinics at Nebraska.  He has numerous invited continuing medical education presentations and journal publications and has served as an expert reviewer for CME materials and an expert witness in legal matters on many occasions.  He has been active in community service and in his church where he has served as a teacher, a deacon, an elder, and a worship team leader.  He has received many awards during his distinguished career to include Faculty of the Year award in 2012, induction into the Pi Alpha National Honor Society in 2010, Physician Assistant of the Year award from the Nebraska Academy of PAs in 2005, Award for Meritorious Service in 2004, and the Distinguished Service Award in 1997 from the U.S. Air Force. 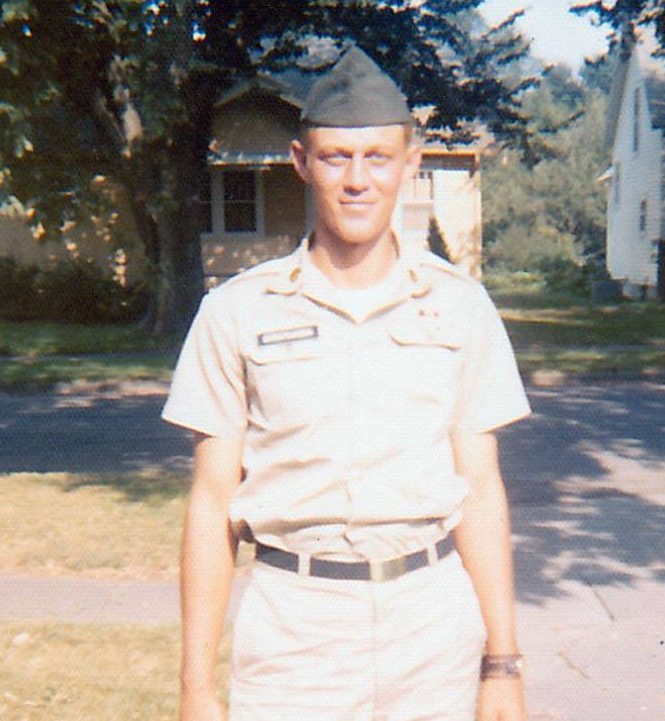 Mark Christiansen in the Army, circa 1974. 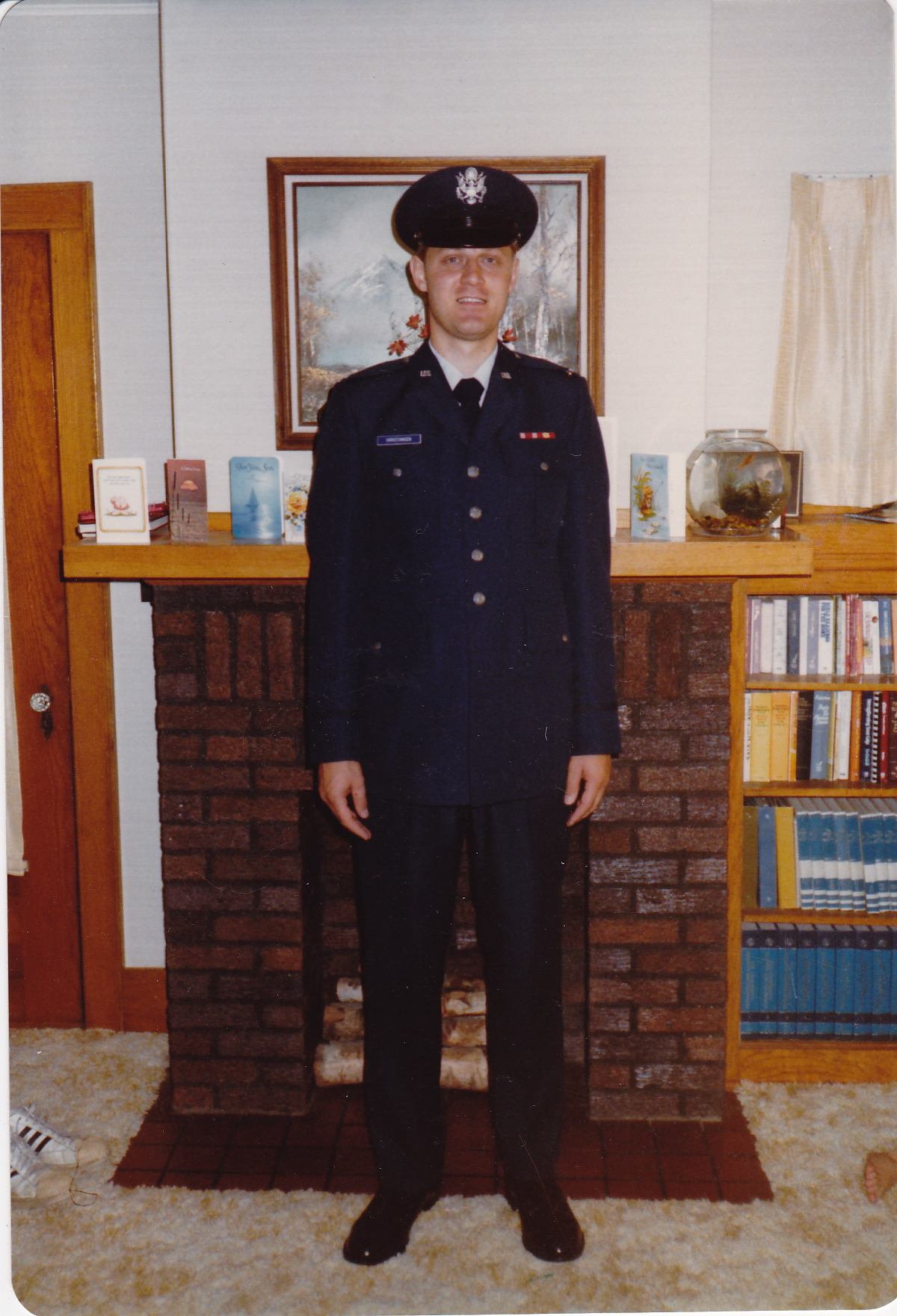 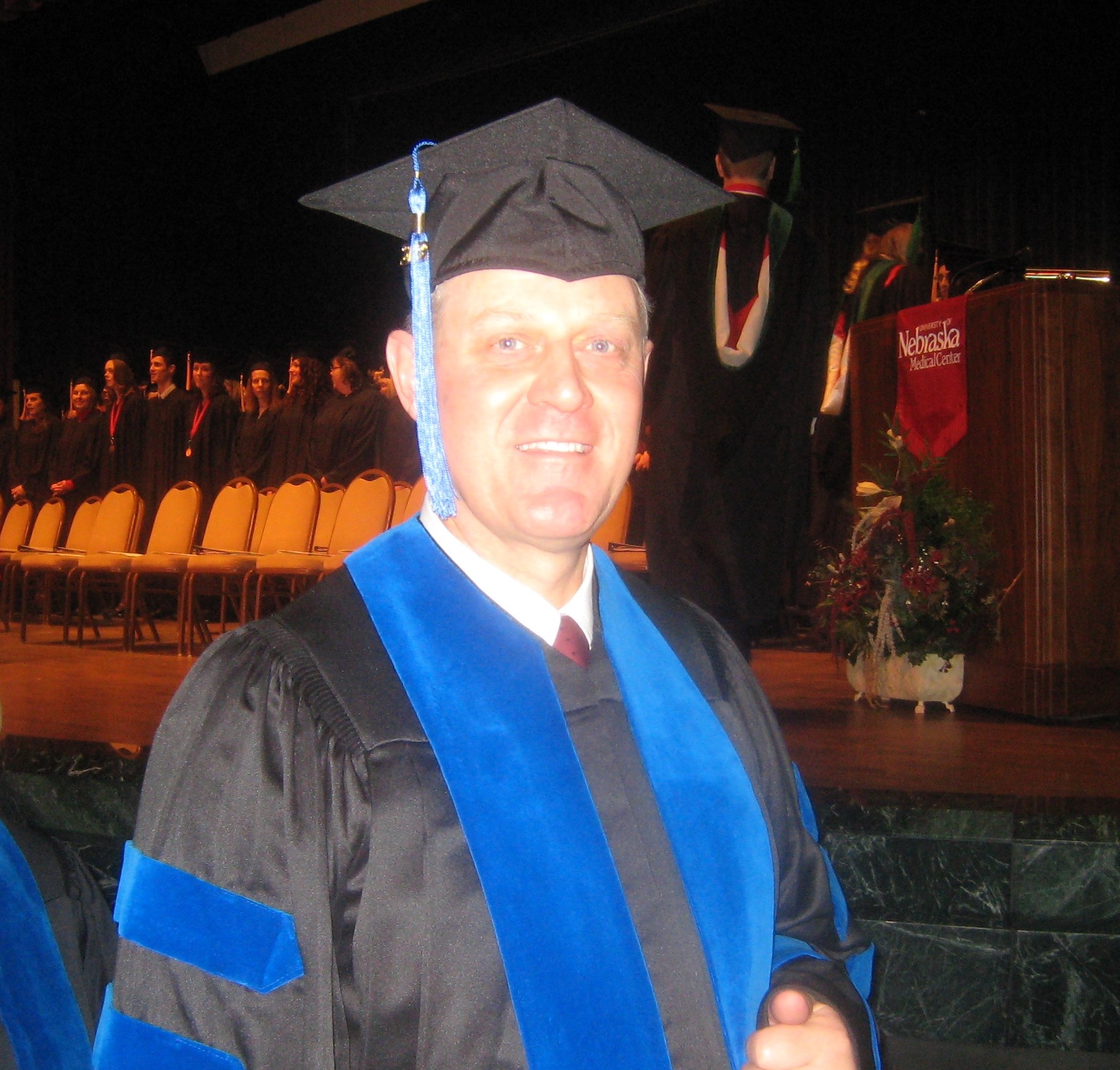