MAJ (R) Christopher B. Cordova joined the Army out of Mechanicsville, MD in 1996 as a Medical Specialist (MOS 91B). His enlisted career spanned 10 years, and culminated in the rank of Sergeant First Class.  His leadership was recognized by induction into the Sergeant Audie Murphy Club.   Despite these achievements, as a natural leader he felt an urge to seek greater responsibilities.

Upon completion of the IPAP in 2006 he was assigned to the Headquarters and Headquarters Troop, 3rd Squadron, 61st Cavalry Regiment, 4th Brigade Combat Team, 4th Infantry Division as the PA, spending 10 months forward deployed during the surge of the Iraq War. MAJ (R) Cordova was then deployed again for 12 months to Afghanistan in support of Operation Enduring Freedom.

In Afghanistan, MAJ (R) Cordova was involved in the Battle of Kamdesh at Combat Outpost Keating on the 3rd of October 2009. During this battle Taliban members outnumbered US forces in a staggering 5 to 1 ratio and was considered one of the bloodiest battle of the War. Despite overwhelming odds and volume of injuries, MAJ (R) Cordova was able to maintain a level of calm leadership and innovation. At one critical point in the battle he recognized the need for a blood transfusion to Private First Class Mace and without hesitation used a walking blood bank to administer life saving transfusions, even at one point giving his own blood.

MAJ (R) Cordova displayed incredible fortitude and heroism, enabling the evacuation of 16 US and Afghan National Security Force (ANSF) members with an additional 27 troops treated and returned to duty. For his actions he was awarded the Silver Star.

Despite the immeasurable toll of facing such grim circumstances, MAJ (R) Cordova continues to be humble and at the forefront of education and leadership. He took his experiences and advanced his education by completing the Doctoral of Science Degree in Clinical Orthopaedics through the Army – Baylor partnership.  After completion he was assigned to Evans Army Community Hospital as the Orthopaedic PA. MAJ (R) Cordova then volunteered for additional duty as the Interservice Physician Assistant Program director at Evans to instill his knowledge and experience to the future of Army Medicine.

In continuity with his impeccable character, MAJ (R) Cordova moved back to the 4th Infantry Division to serve as the Division Senior PA. Completing the cycle from battalion to division PA gives him incredible insight to lead and develop junior PAs. After 24 years of service on active duty, Cordova retired on 1 September 2020. 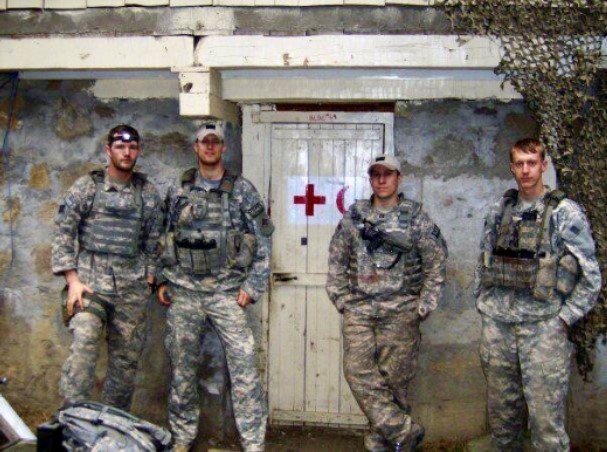 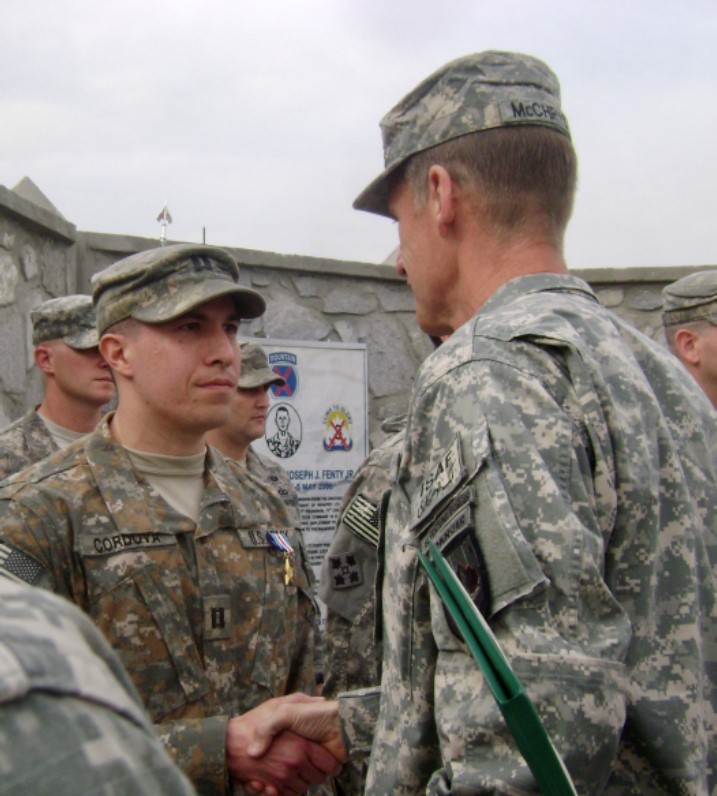