William H. Fenn, Ph.D., PA, DFAAPA, fell in love with medicine when his hair was long, the peace sign was everywhere, and it was advised never to trust anyone over 30!! He started his medical career as an EMT in New York State, where he was theoretically going to college in the Albany area. He met a physician assistant at one of the hospitals there. The concept of the PA intrigued Dr. Fenn. After some research, he learned that he could get the necessary training in the U.S. Air Force. Dr. Fenn was one of only three applicants in his class chosen from the Air Force; the rest of the students were from the other branches of the service. He had to do well, and did. He became a certified PA in 1981 and never looked back. He held several clinical and administrative positions over the years, and wrote more than 60 articles for numerous national and international health care and education publications, including the British Medical Journal.

After serving in Desert Storm (1990-91) and practicing dermatology in specialty clinics on the bases at which he served, Dr. Fenn retired as a Lieutenant Colonel from the Air Force Reserve in 1995, having put in 20 years of proud service to his country.

Dr. Fenn acquired several degrees over the years, including: an Associate Degree in Applied Sciences from the Community College of the Air Force; a Bachelor of Science from the University of Oklahoma; a Master’s Degree in Business from Aquinas College; and a PhD in Health Policy from Pacific Western University.

Believing in giving the highest level of care to his patients, Dr. Fenn also believed in becoming involved and giving back to his state and national organizations. In 1999, he was awarded one of the American Academy of Physician Assistants’ highest honors, the House Outstanding Service Award. In 2007, he was recognized as an AAPA Distinguished Fellow. A fellow member of the Michigan Academy of Physician Assistants (MAPA), he was awarded PA of the Year in 2003, and held the positions of chief delegate, vice president, foundation trustee, and treasurer. He served on The Michigan Board of Medicine, and was the chair of the PA Licensing Board. He was a fellow of the Society of Dermatology PAs, writing many articles for their publication over the years. Dr. Fenn is a life member of the AAPA Veterans Caucus and was a founding fellow and president-elect of the Veterans Affairs PA Association.

Dr. Fenn started his service on the AAPA Board of Directors in 2003. He proudly served as AAPA vice president/speaker of the House of Delegates. In that role, he helped bring important legislation to life, including testifying before the Committee on Veterans’ Affairs in the US Senate in 2009. He spoke to the committee about a bill to establish a full-time Director of Physician Assistant Services within the VA. This position was established. He had helped make it happen. He was also honored to be invited to the White House to meet with Zeke Emanuel, Health Policy Advisor to then-president Obama, to discuss health care reform and what became the Affordable Care Act.

While serving his state and national organizations, Dr. Fenn worked in various clinical settings. He settled at Western Michigan University in Kalamazoo, where, after serving as chair of their PA Program, he stepped down and taught as a tenured full professor for the program. He also taught and supervised doctoral students in the interdisciplinary health doctoral program.

For Dr. Bill Fenn, there were never enough hours in the day, but he managed to have fun too. He performed in community theaters in Texas and Michigan (sometimes with his wife, Glyni), took classes in photography (where having the latest equipment was essential!), and was fascinated by computers. He loved troubleshooting computer issues (puzzles he loved to solve) for his friends.

Dr. Fenn strongly believed that “an essential part of leadership is making plans to step back.” He was less than a year from retiring from Western Michigan, when he suffered a severe traumatic brain injury in 2010. Although he can no longer practice medicine, he has found joy in other pursuits, like hippo therapy, aquatic therapy, and music therapy (where he rocks a mean guitar!). Life had thrown Dr. Fenn a curve ball, so he embraced the new normal.

This biography was written by Glyni Fenn, Dr. Fenn’s wife of over 40 years, with the assistance of Marilyn H. Fitzgerald. It was submitted to the Society in November 2020. The photographs were provided by Mrs. Fenn. 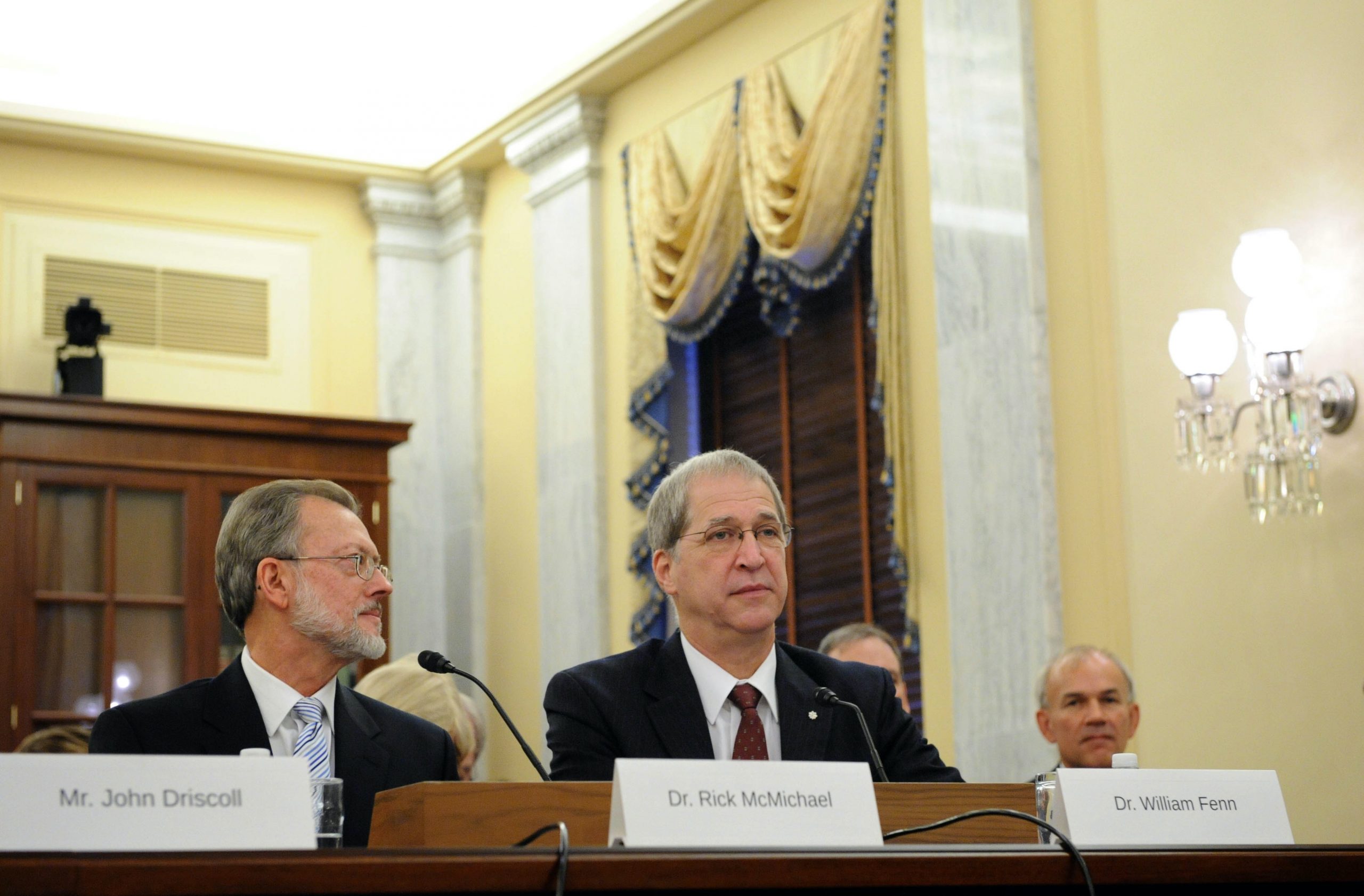