Dr. Loretta Ford — working in collaboration with Henry Silver MD at the University of Colorado, founded the first Nurse Practitioner Program (one year of theoretical and clinical practice). The Pediatric Nurse Practitioner Program focused on the care of well children in community settings which was Dr. Ford’s principal interest as a specialist in Public Health and also of interest to Dr. Silver  who was a Professor of Pediatrics.

In 1972, she moved to the University of Rochester where she founded the University’s School of Nursing and provided administrative leadership for a “Unification model in Nursing” at the University of Rochester, NY Medical Center. In addition to serving as Dean of Nursing, she served as the Director of Nursing at the University’s Strong Memorial Hospital. She has always believed that educators should be at the bedside, taking care of patients as well as teaching in the classroom and identifying research opportunities. She has authored over two hundred publications/presentations on the history of the Nurse Practitioner, Unification of Practice, Education and Research and Issues in Advanced Nursing Practice and Health Care.

Her model of Advanced Nursing Practice has sparked extension into many fields of nursing practice. In 2016, there are more than 220, 000 NPs practicing in the US while many similar programs have emerged worldwide. She has devoted her career to practice, education, community health and military nursing.

Dr. Ford earned her advanced degrees at the University of Colorado Schools of Nursing and Education. She holds Honorary Doctorates from ten prestigious Universities and many awards including the Gustav O. Lienhard award from the Institute of Medicine of the National Academy of Sciences, the Living Legend Award from the American Academy of Nursing, the Elizabeth Blackwell Award. Recently, the Columbia University School of Nursing presented her with the Second Century Award in Health Care Excellence, and she is registered in the national women’s hall of fame and the Colorado women’s hall of fame. The University of Rochester named a new addition to the School of Nursing — the “Loretta C. Ford Educational Wing”.

Currently, Dr. Ford consults and lectures on the history of the Nurse Practitioner, and on issues in Advanced Nursing Practice and Health Care Policy. She served as the Keynote Speaker in 2015, at the University of Colorado’s Nursing School, which celebrated the 50th anniversary of its founding of the Pediatric Nurse Practitioner Program.

Acknowledgments: This biography was written by Alfred M. Sadler, Jr., MD, with the assistance of Dr. Ford, and was submitted to the Society in September, 2016. The photographs are courtesy of Dr. Ford and the uniformed photograph features her early days in the Army Air Corps. 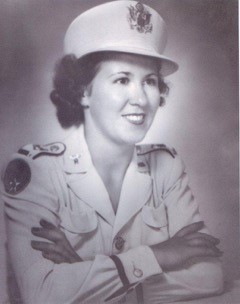