Colonel Pauline Gross joined the Army in the 1970’s, attending Basic Combat Training at Fort Jackson, SC as a member of the Women’s Army Corps (WAC).  After graduating from 91B Combat Medic training , she went on to train as an Operating Room technician 91D.   COL Gross was selected to attend the Army Physician Assistant Program, Fort Sam Houston, TX in 1982 as one of only two females selected for her class. During the late 70s and early 80s there were few PA positions open to females, limiting the number of women who could be selected to attend.  Upon completion of Phase 1 and the Warrant Officer Candidate Course she was promoted to WO1.   On October 1, 1984 she graduated Phase 2 and was promoted to Chief Warrant Officer (CWO) 2. While serving at the rank of CWO3, the Army transitioned PA warrant officers to commissioned officers and she was promoted to Captain on February 4, 1992.

In 1986 she was the first female PA deployed to Palmerola (now Soto Cano) Air Force Base, Honduras. During her assignment to South Korea in 1997 she became the first PA to be a Clinic Officer in Charge (OIC).  Soon after, more PAs took on that role at other clinics there.  As the first PA assigned to United States Army Recruiting Command (USAREC), she was responsible for assisting soldiers in the application process to attend the Interservice PA Program (IPAP). During her tenure the first US Army Reserve Soldiers were approved to apply and attend IPAP.  Twenty months later she was selected, then assigned to Personnel Command (PERSCOM), now Human Resources Command as the first female PA Career Manager/Assignments Officer. This usual two year assignment, became four and ½ years because of Operation Iraqi Freedom (OIF).   During this tour she was promoted to Lieutenant Colonel (LTC).  Her next assignment was at the Office of the Surgeon General-Pentagon as part of the Medical Holdover Assistance Team working with Assistant Secretary of the Army Manpower and Reserve Affairs (ASA M&RA) traveling to Army installations in support of soldiers from all three components (active duty, reserves and national guard).  During her time as Branch Chief, Senior Army Service Representative, she oversaw the hiring of the first civilian PA instructors and the addition of three more Phase 2 clinical sites due to the need to increase student throughput.  In 2015, COL Gross was selected by TSG to be the Installation Management Command (IMCOM) Surgeon and as the senior medical advisor to the IMCOM Commander and his staff.

COL Gross holds a Bachelor of Science Degree in Sociology and a Masters of Public Health.  She is a graduate of the Army PA Program and Command, General Staff College, and the Defense Strategy Course.

COL Gross was also recently selected as the 2017 American Academy of Physician Assistants (AAPA) Military Service Awardee based on her contribution to Army Medicine and the PA profession.

COL Gross and her husband have three daughters, one son, and three grandchildren.

Acknowledgments: This biography was written by LTC Amelia Duran-Stanton, MAJ Patrick Walsh, and COL Pauline Gross and was submitted to the Society in September 2017. Photographs are courtesy of COL Gross. 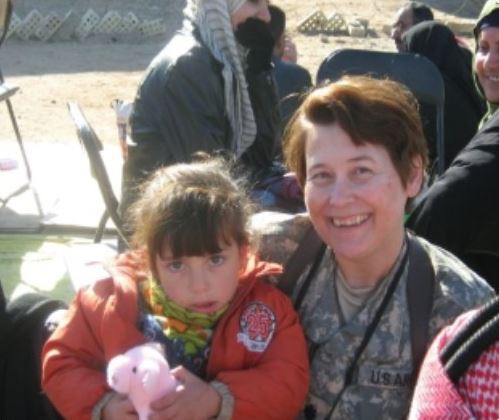 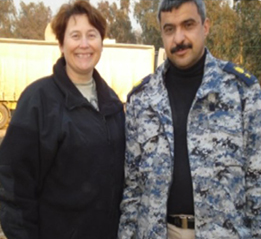 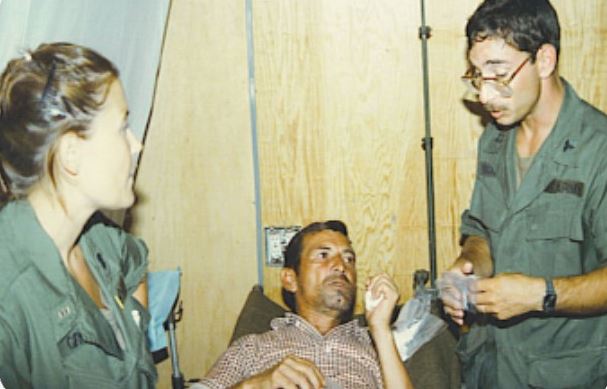 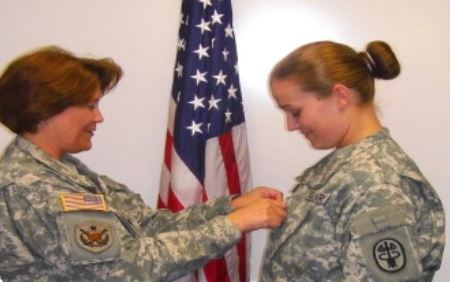