Trisha Harris is a 2006 graduate of the Baylor College of Medicine School of Allied Health with a Master of Science Degree from the Physician Assistant Program. She also holds a B.S. in Human Performance and Health Science from Rice University. Her most recent academic endeavors are in pursuit of a Doctorate in Health Administration at A.T. Still University.

Ms. Harris is a bilingual PA, currently employed with the Department of Pediatric Surgery at Texas Children’s Hospital (TCH). She is also faculty for her alma mater, the School of Allied Health Sciences Physician Assistant Program with Baylor College of Medicine in Houston, Texas. She has multiple leadership roles at TCH, which include team lead for the PA Surgical Hospitalist program, clerkship director for the PA Surgery Fellowship, and Simulation Instructor; just to name a few. In addition, she has over a decade of clinical experience as an Emergency Medicine Physician Assistant at Ben Taub General Hospital, a level one trauma center.

Ms. Harris is a fellow member of the American Academy of Physician Assistants (AAPA) where she currently serves as Immediate Past President for the African Heritage Caucus. She is a past member of the AAPA’s Board of Directors and served as past chair for AAPA’s Committee on Diversity (COD) from 2008-2011. As the first African American President of the Student Academy of AAPA, she acted as the presiding officer in the 2006 Assembly of Representatives under strict parliamentary procedure. She has been instrumental in the creation of ongoing policy, procedure, and Bylaws affecting the Physician Assistant profession and the delivery of health care to patients on a national, regional and state level. She has served as a delegate in the AAPA House of Delegate (HOD) since 2008 and had the recent privilege of serving as reference committee chair in 2015.

Ms. Harris’ involvement with the Texas Academy of Physician Assistants (TAPA) has proved to be equally impressive. She is a fellow member of the Texas Academy of Physician Assistants and served as the 2011-2012 President. She has also served as Treasurer, Vice President, chair of the executive, finance and student affairs committee as well as member of the membership, multicultural and legislative affairs committee. As the 2008-2009 Texas Physician Assistant Foundation (TPAF) President, she played an integral role in the University of Texas Medical Branch (UTMB) HurricanE Relief Outreach (HERO) efforts to provide funds and supplies to the Galveston community affected by Hurricane Ike.

Ms. Harris has received countless awards and accolades including the Baylor College of Medicine Teaching In Excellence award for her dedication and countless contributions to leadership and patient care. She was president of her PA class at Baylor (2004-2006) and received the Allied Health Leadership Award from the BCM Alumni Association in 2006. Ms. Harris has been a stalwart to the Physician Assistant (PA) profession and brings a new depth of vision to leadership development. She has a passion for service and moves effortlessly from leadership position to leadership position, often excelling at several at the same time. Her personal strengths of being highly motivated, dedicated, well- organized, efficient and multitasking with the ability to maintain composure in stressful situations, makes her a valuable asset to any organization.

Acknowledgments: This biography was written by Trisha Harris and was submitted to the Society in February, 2016. The photographs are courtesy of Ms. Harris. Updated March 2018. 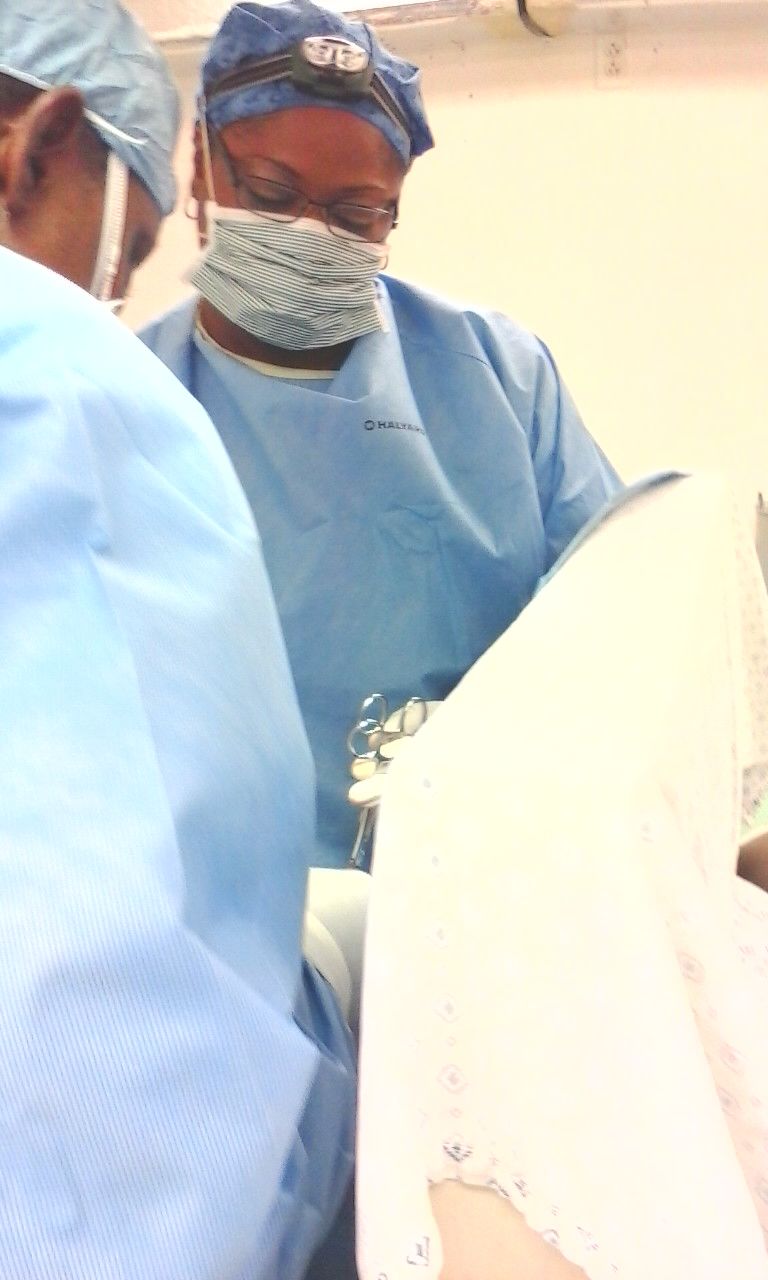 Ms. Harris providing surgical services during her medical mission to Cameroon, Africa in October 2013 and August 2015. 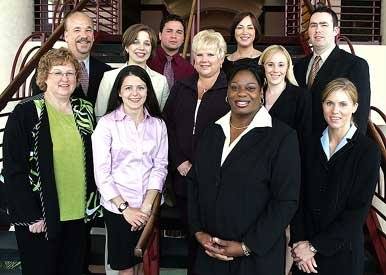 Ms. Harris served as the First African-American President of SAAAPA during 2005-2006.