Charles Gardiner Huntington, III, PA, MPH, (known as “Charlie” to his PA colleagues) was always destined to be a leader in the delivery of health care having come from a long line of physicians (including the physician who described the genetic connection to Huntington’s Chorea).

After graduating from Williams College in 1971, Charlie worked as an OR Tech at Columbia Hospital in New York City.  Upon discovering the physician assistant profession, he set his sights on becoming a rural primary care provider. He attended the Bowman Gray PA program from 1974-1976. Following completion of the program and NCCPA certification, he went into a rural practice in upstate New York near the Canadian border. He was the sole health care provider in the farming community of Hermon, NY from 1976 to 1986.

Huntington’s long involvement in PA leadership began during his student days when he served as a student delegate to the AAPA House of Delegates. He also became very active in New York PA politics and held a series of leadership positions, including president of the New York Society of PAs.

Huntington was active in the AAPA, including Speaker of the House in 1980-81 and 1981-82 and AAPA President in 1983-84.  He served as the AAPA interim executive director in 1984-85 while shuttling between his clinical practice in Hermon, NY and the AAPA office in Arlington, VA.  He was selected as the inaugural AAPA/ Burroughs Wellcome Fellow in 1986 and used the fellowship to work on the national health policy issues in a legislator’s office.  He was active in the Connecticut Public Health Association, the Unitarian Society of Hartford, and the Unitarian Universalist Service Committee.

Life-long learning was one of Huntington’s passions. He completed a master degree in public health at George Washington University in 1986 and in 1990 was a PEW Health Policy Fellow at the University of Michigan School of Public Health where he completed all the coursework for a doctorate degree.

Huntington continued to pursue health policy (and advancing the role of PAs) as director of government relations at the American Academy of Family Physicians from 1987 to 1996, including serving on the Clinton Administration’s Health Care Reform Task Force.  He moved to Connecticut in 1996 to become an Associate Dean in the Department of Community Medicine at the University of Connecticut Health Center where he taught medical students and oversaw the Medical Center’s continuing education programs. He was in that position until his death in 2009.

Huntington was a true PA pioneer – through clinical practice, leadership, and advocacy.

Acknowledgments: This biography was prepared with the assistance of Susan Huntington, PA-C, JD. It was submitted to the Society in August 2021. 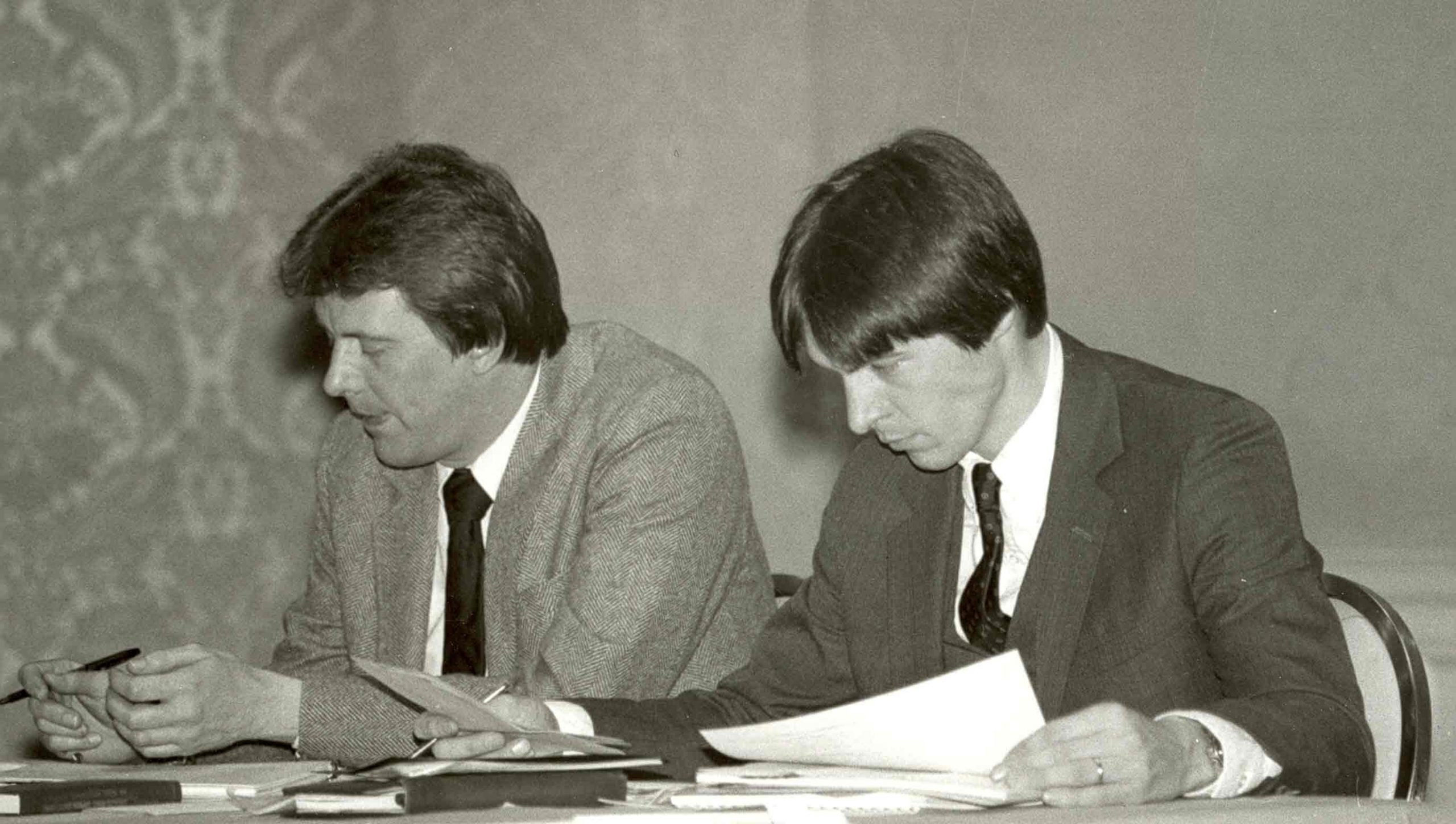 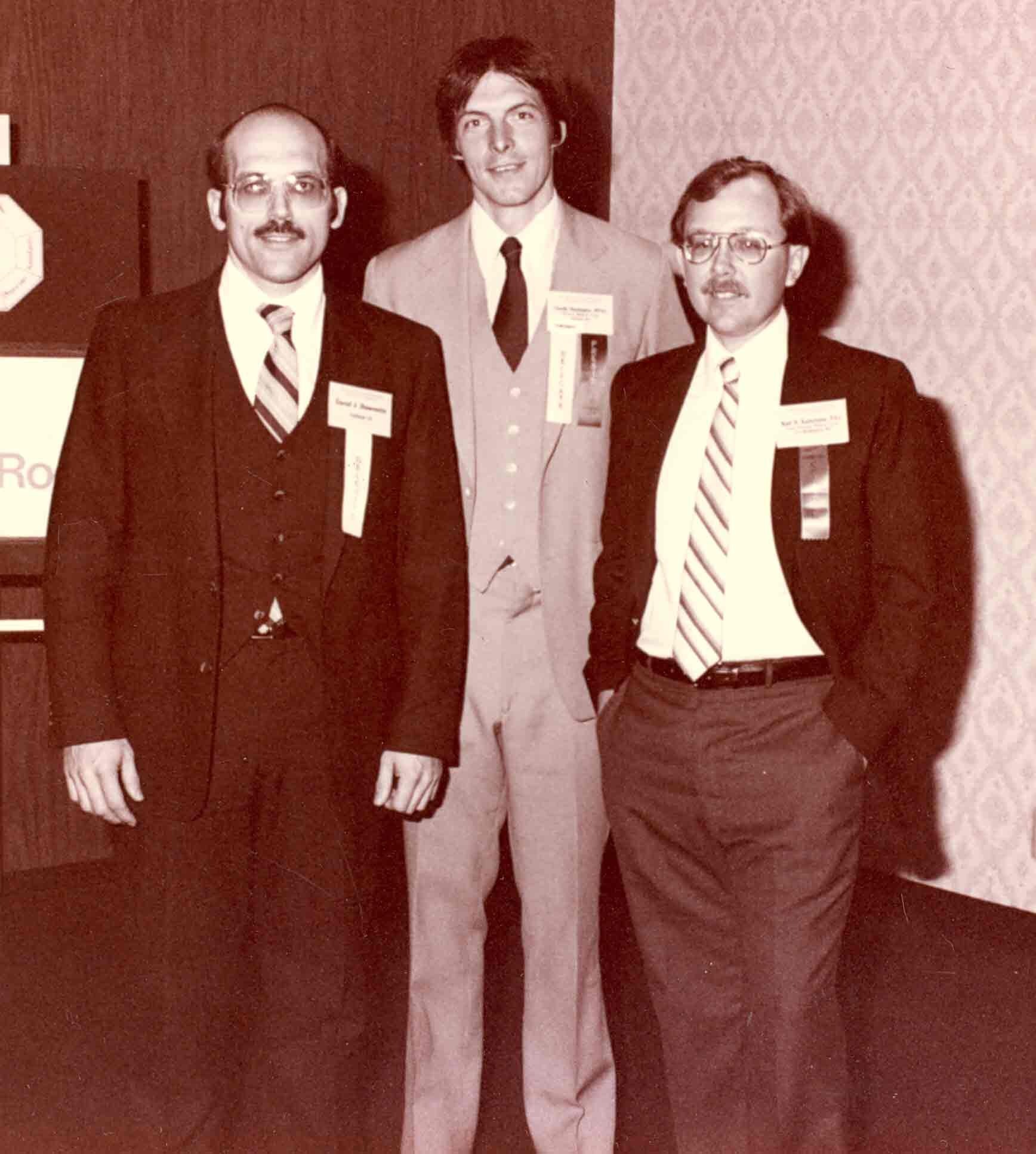 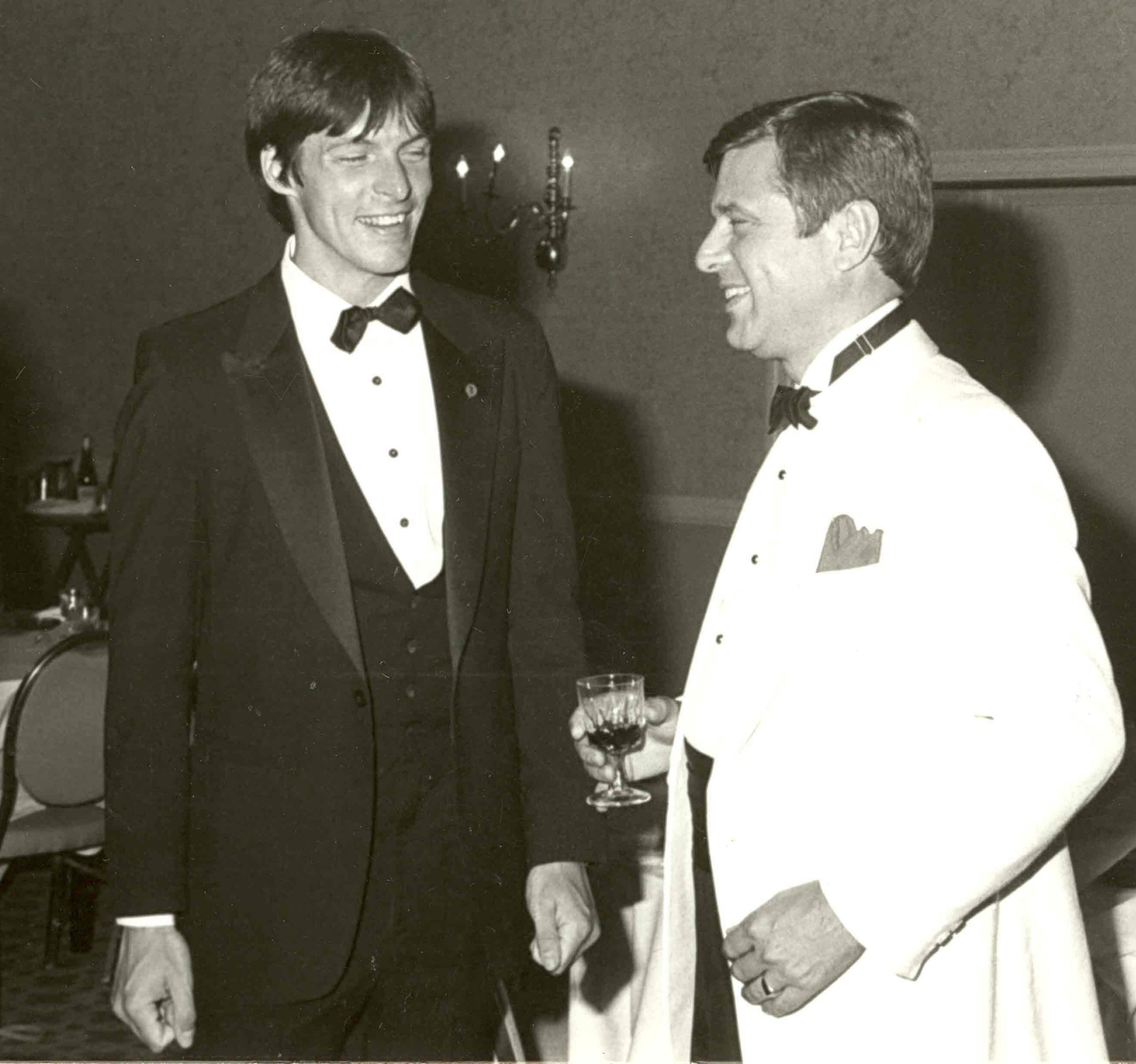 Charles Huntington (left) and Lynn May at AAPA Formal Dinner, 1984