COL Amy L. Jackson has served in the United States Army for over 30 years, with 16 years as an Army Physician Assistant. She has held multiple key leadership positions and is currently the commander at Keller Army Community Hospital at the United States Military Academy, West Point, New York. She is the first Army PA to hold this position and this is her third command opportunity. She is the first Army PA to have been selected below the zone for Colonel and was selected and recently completed senior service education in residence as a fellow at the George Washington University, in Washington, DC. She is from Wichita, Kansas and comes from a family lineage of proud military service.

COL Jackson’s military career began when she enlisted in the United States Army Reserves (USAR) and attended Basic Combat Training in the summer between her junior and senior year of high school. She enlisted to be a combat medic, however during the Operation Desert Storm surge, she trained to become a medical supply specialist. During her five years of enlisted time in the USAR, she served as a simultaneous membership program cadet in the Reserve Officer Training Corps (ROTC) programs of Fort Hays State University and Kansas State University in the 1990’s.  Upon graduation, she was commissioned as a second lieutenant in the Medical Service Corps.

Her first assignment as an officer was with the 32nd Medical Logistics Battalion, 44th Medical Brigade, Fort Bragg, NC, where she served as the Detachment Commander for a Forward Logistical Element in Haiti.  Upon her redeployment from Haiti, she became the Property Book Officer/S4.  In 1996, she was the Division Medical Logistics Officer, Charlie Company, 782nd MSB, 82nd Airborne Division and later moved to Headquarters, 82nd Airborne Division as the Medical Operations Officer.  In 1998, she served as the Division Medical Operations Center Logistics Officer in 2nd Infantry Division, Camp Casey, Korea. Upon return from Korea, she assumed the role of Chief of Material Branch at Darnall Army Community Hospital, Fort Hood, TX.  In 2001, she commanded Echo Company, 704th Division Support Battalion, Fort Hood, TX. From 2002-2004, she attended and completed the Interservice Physician Assistant Program and was reappointed as an Army Medical Specialist Corps officer.

Her first assignment as a Physician Assistant was with 2-101 Brigade Special Troops Battalion (BSTB) 101st Airborne Division (Air Assault), Fort Campbell, KY where she deployed to Iraq from September 2005 to September 2006.  Upon redeployment she moved to 526th Brigade Support Battalion (BSB) of 2nd Brigade Combat Team (BCT).  She deployed to Afghanistan with 801st BSB, 4th BCT from March 2008 to April 2009. She was then selected as the 65D (PA) Assignment Officer at Human Resources Command, Fort Knox, KY from May of 2010 to June 2012.  She assumed the duties of the Army Medical Specialist Corps Deputy Branch Chief until her departure in June 2013. She then served as the Brigade Executive Officer for 43rd Sustainment Brigade, 4th Infantry Division, Fort Carson, CO, from 2013 until 2014.  For nearly one year, she served as the Director for Medical Services at the DiLorenzo Tricare Health Clinic until she was selected to be the first commander for the 188th Medical Battalion at Joint Base San Antonio, Texas.  From 2015 to 2017, her unit was responsible for inspiring, leading, and training over ten medical Military Occupational Specialties (MOS) trained Soldiers prior to their assignment world-wide.  COL Jackson was board selected to serve as the Deputy Commander for Administration (DCA) of the SHAPE (Supreme Headquarters Allied Powers Europe) Clinic in Belgium from 2017 to 2019.  In 2019, she departed Belgium to attend Senior Service College at the United States Army War College.

She earned a Bachelor of Science Degree in Life Sciences from Kansas State University, a Bachelor and Master in Physician Assistant Studies from the University of Nebraska Medical Center, and a Doctor of Medical Science with a program concentration in Clinical Medicine with the University of Lynchburg.

As illustrated by her deployments, awards, and decorations, COL Jackson leads from the front and is a consummate professional.

Acknowledgments: This biography was written by LTC Amelia Duran-Stanton, LTC Patrick Walsh, and COL Jackson and was submitted to the Society in June 2020 and updated on May 2021. Photographs are courtesy of COL Jackson. 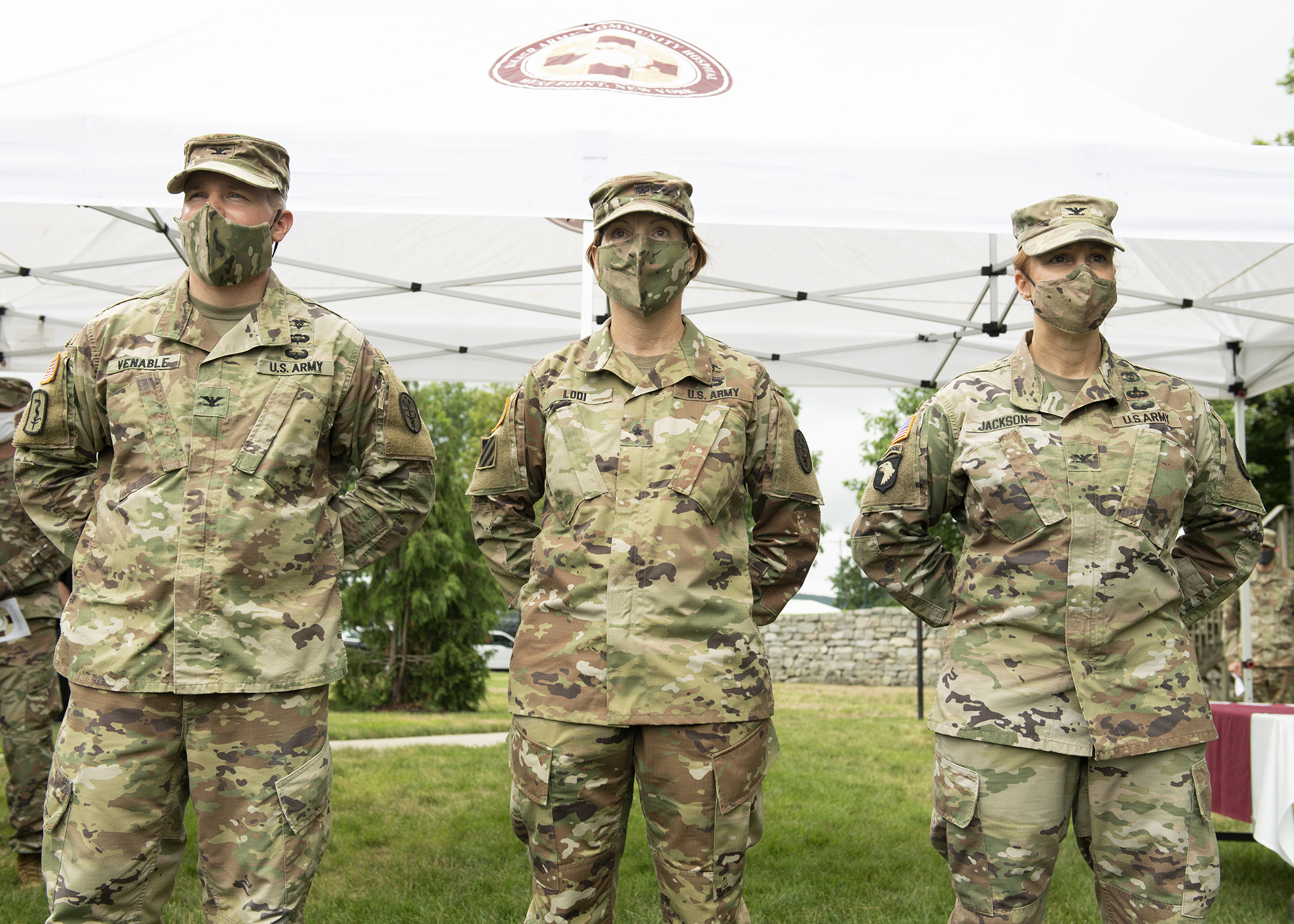 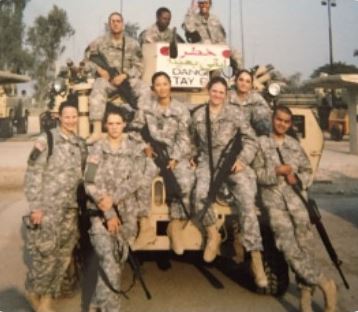 CPT Amy Jackson is pictured with her medics during her Operation Iraqi Freedom tour from 2005-2006. 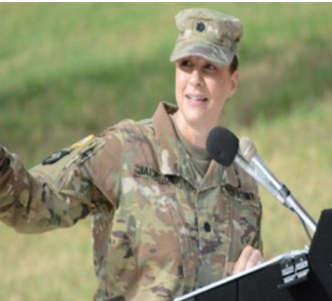 LTC Amy Jackson gives her remarks during her change of command ceremony on 17 July 2017 at Joint Base San Antonio, Texas. 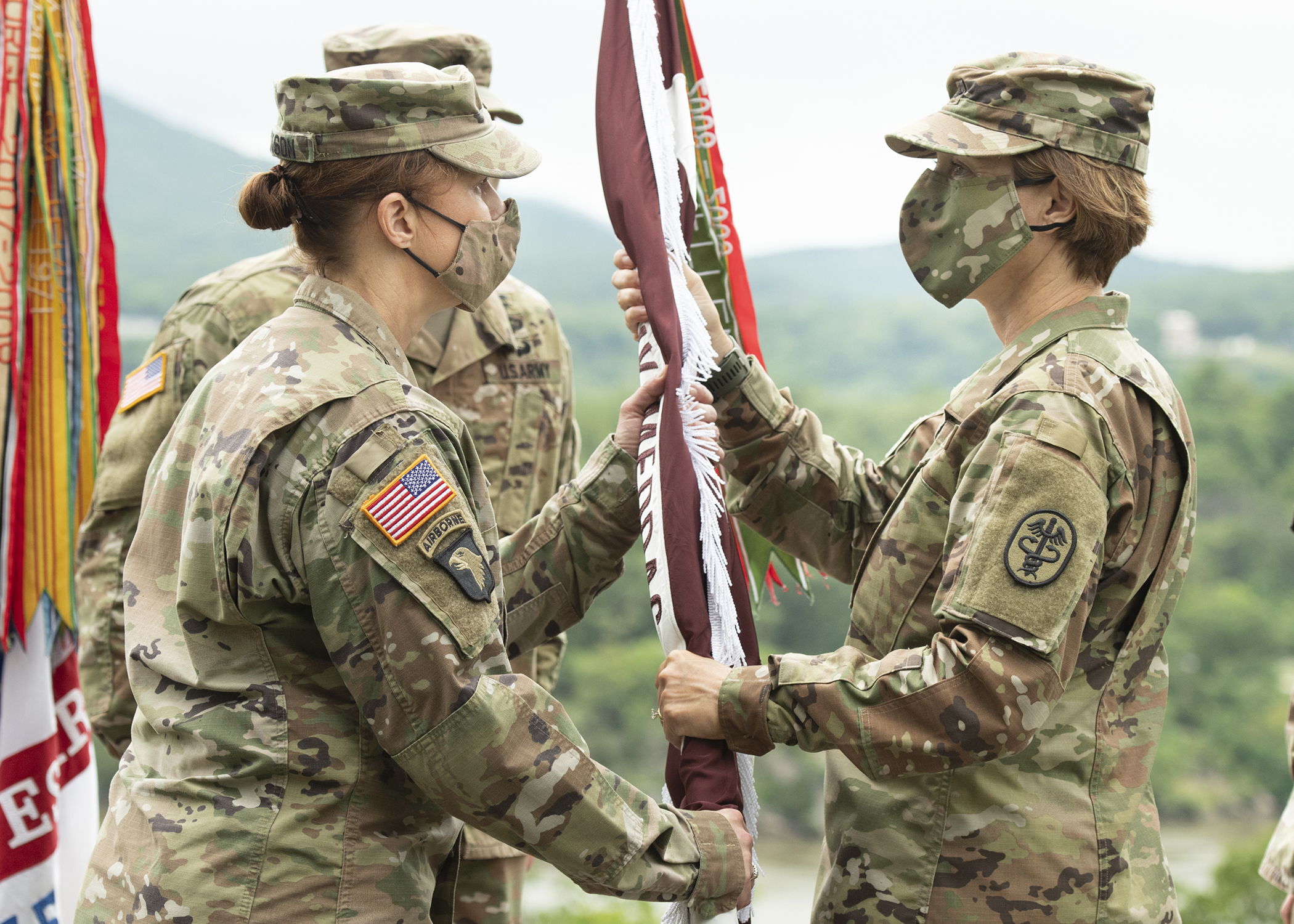